The Olympic athletes are gearing up for the Games this summer in Rio de Janeiro. 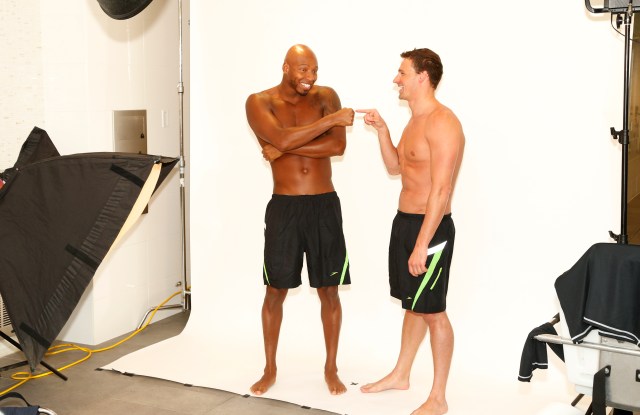 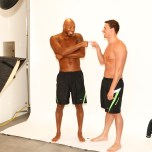 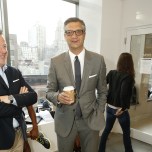 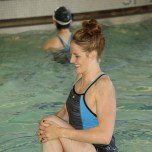 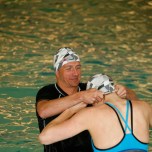 NEW YORK — She might be the fastest female swimmer on the planet, but Missy Franklin is still modest about her abilities. Asked what events she planned to swim in the 2016 Summer Olympics in Rio de Janeiro, she flashed her trademark smile and said: “I haven’t even qualified yet!”

The 20-year-old phenom, who won four gold medals in the 2012 Games, said she’s “not concerned” yet with the Olympics themselves, but is focusing instead on the trials at the end of June. “I have to make the team first,” she said.

Franklin, who is now sponsored by Speedo, said her life has changed since she turned pro last year. “There’s a lot more travel,” she said, “and I have a lot more on my plate. I have amazing sponsors, but that comes with more obligations. It’s been a lot of fun, but it’s challenging to balance everything. And I have to make sure that training remains my top priority.”

Franklin was taking a bit of a break Tuesday morning by joining fellow Olympians Ryan Lochte and Cullen Jones at the Equinox Upper West Side pool to help Speedo launch its Speedo Fit initiative. The total body aquatic training program was created in partnership with Exos, a human performance lab, and surfer Laird Hamilton, who worked on the hard goods.

The Olympians joined a group of editors in the workout, which involved pool running, kettlebell lifts and flexibility training.

“It’s no secret that Speedo is all about water,” said Pierre Martin, vice president of marketing for the PVH Corp.-owned brand. The goal of Speedo Fit is to “drive more people into the water.”

More than 60 workout videos were posted on the company’s Web site on Tuesday, and the brand is introducing an aggressive advertising and marketing campaign, including a 60-second commercial to motivate consumers to give the workouts a try. The commercial features all three Olympians along with Natalie Coughlin and Nathan Adrian using underwear bikes, treadmills and doing flips with kettlebells. The commercial will run digitally this month and nationally beginning this summer.

Martin said the Speedo Fit campaign is designed to promote the company’s fitness range of swimsuits and accessories that are targeted to more recreational athletes. “We have our competition suits for $350 or $400 for Olympic athletes that are highly compressive, but we’re trickling down those innovations to the rest of the lines. To be authentic in this world, you need science behind it and we’re building an authoritative foundation for the brand and water fitness,” he said.

Jones said he finds the Speedo Fit workouts challenging and fun and a good adjunct to his regular pool training.

Unlike Franklin, Jones is confident that he’ll be able to swim the 50- and 100-meter races in Rio de Janeiro, “just like in London. I had a good meet this weekend in Mesa, [Ariz.,] and I’m feeling really good. But as I get older, I realize that I need more rest,” said the 32-year-old. That might allow him to lengthen his swimming career. Asked if he’ll swim in the 2020 Games, he said, “With sprints, you never know. But this is my major focus for now, and we’ll talk about the next one when and if it happens.”

Lochte was in the center of the pool on Tuesday giving tips to editors on the right form for the exercises they were doing during the Speedo Fit routine.

Later, on the pool deck, he said he plans to swim “a bunch of events” in Rio de Janeiro, but won’t say which ones. “I want to keep the rest of the world guessing,” he said with a smile.

Overall, Lochte said he “feels great” as the time approaches to step onto swimming’s biggest stage, adding that he’s employed some different training techniques during this “four-year cycle” — notably boxing. “And I’ve been eating a lot healthier,” he said.

Told that PVH chairman and chief executive officer Manny Chirico was a boxer before he became an apparel executive, Lochte said he’s ready to jump in the ring with him any day.

Chirico, who attended the event in a gray suit, wasn’t quite up for the challenge, but joked that he was ready to jump in the water since he was wearing a Calvin Klein suit and it was water-resistant.