Mode City intimates and swimwear salon is set for Sept. 5-7 in Paris. 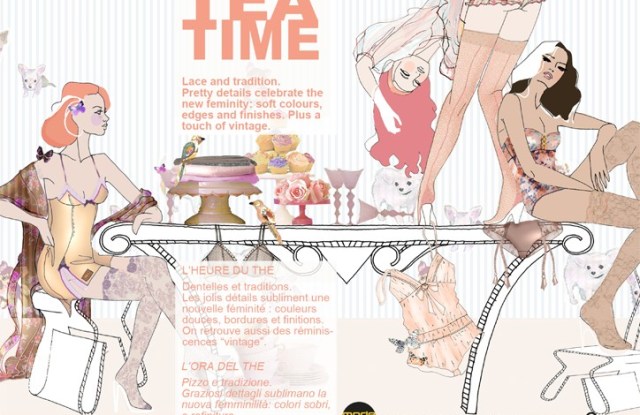 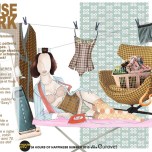 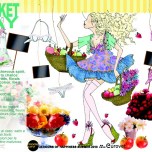 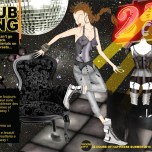 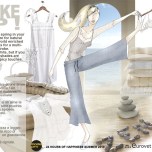 PARIS — An outdoor swimming pool will give a nod to a bumped-up beachwear focus at the upcoming Mode City intimates and swimwear salon, set to run Sept. 5 to 7 at Paris’ Porte de Versailles.

Show manager Séverine Marchesi said it’s one of the few sectors that continues to register growth in France. Citing an upbeat mood among intimate apparel exhibitors, several key corsetry brands will be back at the event, including Lou and Huit.

“All of the big players are confirmed,” Marchesi said. “There hasn’t been a flagrant decrease in exhibitors, though many brands have downsized booths.”

She added in view of the economy and the weak dollar, fewer U.S. retailers are expected to attend.

For the first time, the fair will feature a separate trend forum called Dynamic Beach, which will be dedicated to the swimwear category and will showcase 10 innovative swimwear prototypes for summer 2011 conceived by mill and designer teams.

Trend forums at the fair’s Interfilière textiles section will include areas titled Beach Innovation and Let’s Go Slow. The latter will include a From the Archives corner that will showcase vintage swatches from a number of leading mills, including Noyon, Oskar Hämmerle and Bischoff Textil, alongside new interpretations of archive designs.

“The idea is to encourage a return to creativity and solid values,” said Hélène Genter, Interfilière’s project manager.

First-time exhibitors will include Ayten Gasson, a luxury artisanal lingerie label, and Nardis Beach, both from Britain, as well as Raffaela D’Angelo, a new Italian beachwear and ready-to-wear brand licensed to Valery.

Luxury French innerwear and beachwear brand Laurence Tavernier is one of a number of firms returning to the trade fair, which saw a 25 percent uptick of visitors in 2008, according to show officials.

“The fact that the salon is now based in Paris instead of Lyon has encouraged us to go back,” said Marie Darmuzey, export manager for Laurence Tavernier. “They’ve also redesigned the whole layout. It’s a vital platform for us to have access to international buyers.”

The brand’s spring collection will include a range of innerwear and loungewear in bright prints and stripes as well as a bulked-up swimwear offer.

New to the Mode City event will be a section dedicated to confectioners and manufacturers based in the Euro-Mediterranean zone, dubbed The Club Made in Euromed. Other initiatives will include an agents’ club, where five brands will hold merchandising workshops geared toward retailers. Participants include Empreinte, Save the Queen, Valery, Maryan Mehlhorn and Seafolly.

Two catwalk shows will take place each day, showing lingerie and spa-inspired products in the morning and beachwear in the afternoon.

Conference themes at the event will include the economic crisis, the spa market and marketing and trends for the 2010-11 winter season presented by Promostyl. There will also be information on the lingerie and beachwear market in Tunisia.

Meanwhile, a quirky giant popcorn box will greet visitors to the fair’s Interfilière section, along with a boutique concept of the new lace museum in Calais, France. The section will host around 40 new exhibitors, including European Stretch Fabrics, a French specialist in performance swimwear fabrics that is broadening its reach; Albert Bosch, an Austrian specialist in trimmings, tulle and embroidery, and Michele Letizia, an Italian firm specializing in ribbons, laces and elastic fabrics. Technical innerwear specialist Liebaert will launch its first full range of textiles geared to the beachwear sector.