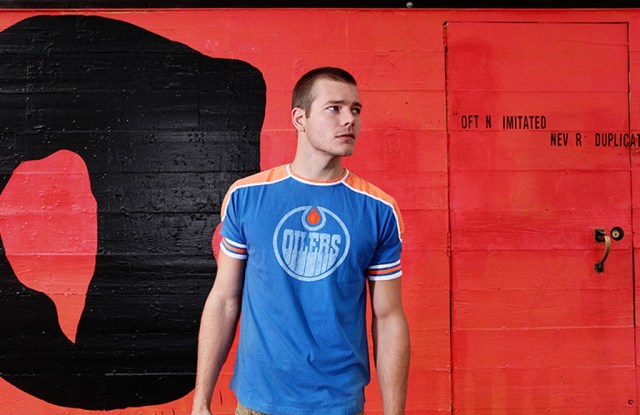 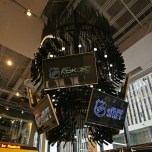 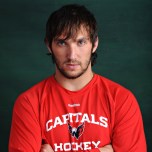 Hockey fans might be among the most rabid in the sports world, and they’re not hesitant to spend on team-specific and lifestyle product.

For the past three years, merchandise sales have experienced double-digit growth, including a 15 percent jump last season — the NHL’s fiscal year runs July through June — and 15 percent again so far this year. Product is sold not only at arenas, the NHL Store in Manhattan and traditional sporting goods channels, but also high-end retailers such as Nordstrom and Bloomingdale’s.

“We’re having a really good run,” said James Haskins, group vice president of consumer products licensing for the National Hockey League. “It started five years ago when we revolutionized our arrangement with our players through our collective bargaining agreement. We’re on solid financial footing and have got the right investment in our sport. We’ve got a lot of wind at our backs.”

Haskins said merchandise sales start with the strength of the “product on the ice,” or the league’s marquee players such as Alex Ovechkin of the Washington Capitals, Henrik Lundqvist of the New York Rangers and Sidney Crosby of the Pittsburgh Penguins. There are a number of new stars and rule changes that have also helped boost interest in the sport, Haskins said. “Our ratings have increased, we have strong corporate support,” and a 10-year deal signed with NBC in April will deliver more nationally televised hockey to American fans than ever.

Overall, hockey counts more than 56 million fans, with 42 million in the U.S. and 14.1 million in Canada. Some 63 percent are male and 37 percent are female. The average age of the fan base is 45, and 60.7 percent are between 18 and 49. The average household income is $101,680 and most households have one or more child. “Over the years, we’ve always had a good products business with our loyal fan, who was dedicated to the sport,” Haskins said. “But in the past five years, the product business entered a whole new phase. It’s motivated by a consumer who demands more out of what they’re purchasing.”

So instead of just commodity product with team logos, the offering has been infused with innovation and contemporary design. “It started in fashion and crossed over into sport,” he said. “The manufacturers found they could make product with better fit, hand, enzyme treatments and multimedia applications and put it into a collection. Then they could charge more for it and ultimately have more turns.”

Reebok is the league’s “cornerstone licensee,” Haskins said, outfitting the players, coaches and staff on the ice, as well as producing performance and lifestyle product for all channels. It also operates the NHL Store in Manhattan.

Keith Leach, director of NHL merchandise for Reebok’s sports licensed division, said, five years ago, the business was “dominated by jerseys,” which probably accounted for 75 percent of all sales. Today, the business has “matured,” and jerseys are now 50 percent of the mix, with lifestyle apparel and footwear the remainder. The looks that are connecting with customers are the better quality, retro-inspired graphics and “washed-out garments,” he said. “That’s what’s really driven the apparel sales, and women’s has also taken off.” The appliquès, fitted T-shirts and updated fabrications offered in the women’s collection have all added to the success, Leach added.

Headwear offerings have also gotten more “mature,” he said, with knit caps the most popular, especially those tied in with the Winter Classic, the annual event where NHL teams play outdoors. The next one will feature the Philadelphia Flyers and the New York Rangers on Jan. 2 at Citizens Bank Park in Philadelphia.

At the NHL Store, women’s lifestyle merchandise and higher price point goods generate a higher penetration of sales than at other retail outlets, Leach said.

The 6,700-square-foot store, on the corner of 47th Street and 6th Avenue, averages $800 to $900 a square foot in sales. Haskins said that sales on Black Friday were 41 percent above last year while sales for the entire weekend rose 48 percent.

Outside of the NHL Store, Haskins said the biggest challenge has been to convince retailers and arenas to invest in updated fixtures and merchandising techniques to showcase the revamped product. “Retailers have been the most reluctant to adopt change,” he said. “But in the last three years, they’ve adopted strategies to make the fashion work in their stores.”

For example, earlier this year, the NHL and Reebok formed a partnership with Champs Sports to install in-store shops in locations in the U.S. and Canada focusing on fashion and lifestyle product. Within two weeks of the installation, the NHL said, Champs reported a 300 percent increase in sales in the U.S. and 40 percent in Canada. Haskins said the product is essentially sold out.

The league has had success online as well, with sales at shop.nhl.com up 21 percent from last year, led by the Winnipeg Jets, Boston Bruins championship and Hockey Fights Cancer merchandise.

So while hockey might never get the same respect as football, Haskins believes the future is bright — at least in terms of merchandise sales. “We may not deliver the same volume numbers as the NFL, but our penetration is attractive,” he said.