By Jessica Iredale on May 3, 2010
View Slideshow 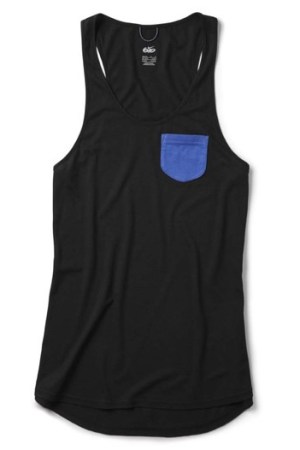 Influencer Veronica Ferraro Debuts Her Own Brand on Yoox

Nike is introducing what the firm calls its first women’s “action lifestyle” collection, Nike 6.0, for fall. The men’s 6.0 collection was launched in 2005, along with its 6.0 sponsorship team for action sports athletes.

“We thought it was very important to have our women athletes’ voices in the development of their product at a higher level,” said Sandy Bodecker, vice president of Nike Global Design and Action Sports. Three team 6.0 members, surfers Carissa Moore and Monyca Byrne-Wickey and snowboarder Ellery Hollingsworth, were enlisted to work with designers on the gear. The result is what’s technically performance wear, but done with a lifestyle (read: fashion-driven) look to it.

“These athletes all travel a tremendous amount,” said Bodecker. “They want good, basic casual product, but something they can style up if they want to go out in the evening. It’s comfortable and easy to wear as well as being fundamentally fashion relevent.”

So the PYT Crew Sweatshirt is done in faded dye with a boatneck and stash zip pocket; the MSIXO jacket has utility details and a zip-out hoodie, and the Luxe Layer Tank has a racer-back and contrast patch pocket. There are also two new sneakers, the Air Isis and Nike Balsa Mid, a low top and high top, respectively. The collection, retail prices for which range from $24 for a tank to $120 for a jacket, has several eco-minded elements, such as bamboo and cotton blends and trims made from recycled shoes. Women’s 6.0 hits Nike stores and specialty retailers in July. Also tied to the launch is a documentary on the 6.0 surf team, which has been filmed over the course of the past year and, according to Bodecker, could potentially premiere at the U.S. Open of Surfing in late July.