But is it enough to keep activewear and fitness brands afloat during the crisis?

With economies around the world grinding to a halt to prevent the spread of the coronavirus, almost every sector is doing its best to move commerce online.

Grocery delivery and other essential services might be surging, but many others, including fashion e-commerce and rentals, are falling.

And then there’s activewear brands, which might not be essential, but are getting creative and successfully engaging their stuck-at-home customers in the U.S. and Europe.

“There’s opportunity to achieve brand awareness and brand recall and brand sentiment,” said Ben Feldman, senior principal on advisory for activewear at L2, a digital research firm for consumer brands. “It’s likely going to be awhile before that translates into commercial opportunities. But I think it’s entirely possible for brands that respond in an agile and thoughtful way…to reach new customers and engage them meaningfully. And that could ultimately drive lifetime value.” 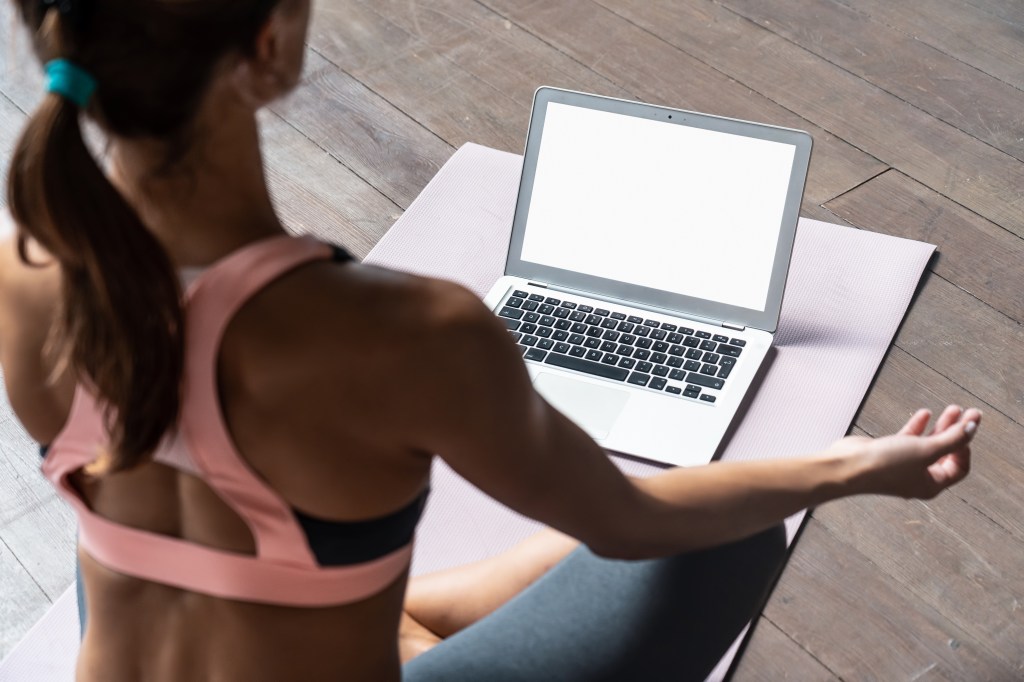 Across the board, brands big and small are offering online workout classes. On Instagram, viewers can watch free workouts from Adidas, SoulCycle, Variis by Equinox, Orangetheory Fitness, CrossFit and Peloton, in addition to thousands of boutique brands, including Yella Activewear and 305 Fitness.

Nike has been encouraging consumers on its web site to stay home and “play inside.” It made its online Nike Training Club free to everyone in the U.S. earlier this month. The digital boot camp, which includes online workouts and tips from trainers and others in the wellness space, will remain free for 90 days.

It’s no surprise then that search volumes for phrases like “home workout” have more than doubled on Google and YouTube in recent weeks, according to Feldman. App downloads across activewear and fitness brands have also increased. So have social media views of workout sessions.

Lululemon Athletica Inc., for instance, had 170,000 guests join its live classes and sweat sessions on Instagram during the first week of its North American store closures. The company also gained thousands of followers on the Chinese app WeChat during the store closures in Greater China earlier this year.

Still, few brands have been able to monetize the increased internet traffic with increased sales of products.

Feldman said his firm has found little evidence that activewear apparel sales have risen since January anywhere in the world. The NPD Group released a similar study, saying that athletic sneakers sales in the U.S. have actually declined and by as much as 65 percent during the week ending March 21. (However, there is also evidence that some categories, including yoga mats, are gaining traction as consumers settle in during lockdown or simply look for comfy stay-at-home styles).

“Since closing, our digital business has picked up, but it’s obviously not recovering all the volume loss from our store networks being closed,” Lululemon’s chief executive officer Calvin McDonald said on the company’s recent conference call with analysts. “We have seen our store — or our online business — accelerate in terms of growth. But obviously, it cannot pick up the entire demand.”

Gerald Storch, founder and ceo of Storch Advisors, a consumer advisory firm, and former vice chairman of Target and ceo of Hudson’s Bay Co. Inc., added, “Retailers will be lucky if they come out flat for the quarter.”

Instead, L2’s Feldman said the smart brands will be the ones playing the long game; the ones using the increased attention to their sites to create more brand awareness and further their reach. That, he said, has the potential to create lifelong customers and brand loyalty.

“It’s unrealistic to expect that e-commerce growth is going to completely counterattack the store closures and the lack of foot traffic,” Feldman said. “But I think it’s entirely possible — if executed well — that some of these brands are actually driving increased brand awareness and engagement and loyalty that could, in the long term, drive lifetime value.” 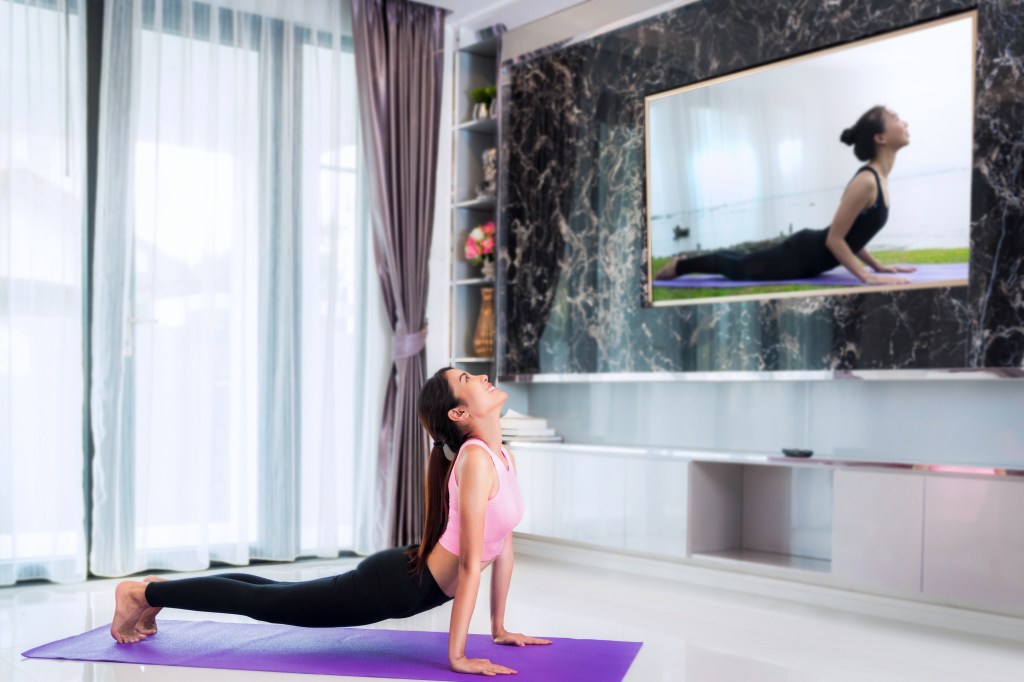 Nike was one of many brands to temporarily close down stores in Greater China earlier this year. In late January and most of February, the activewear-apparel and shoe retailer shut more than 5,000 stores in China.

What was surprising was Nike’s surge in online engagement in China during the quarter. Weekly active users for all Nike activity apps was up 80 percent by the end of the quarter. Donahoe said the increased engagement translated to a digital growth of more than 30 percent in China.

Even after Nike stores in Greater China began to reopen, “Our digital business in China has accelerated even further over the past month,” Donahoe said.

“The organized sports world remains on hold and yet the global culture of health and wellness continues unabated,” Donahoe said. “In fact, in many ways, people are looking to health and wellness now more than ever. Whether it’s to stay in shape at home or with a focus on mental health in stressful times, people all over the globe are finding ways to make sport a daily habit wherever, whenever and however they can.”

Lululemon’s McDonald expressed a similar sentiment, noting, “At our core, we solve sweaty problems for athletes, and we do not believe the current situation will change the trend toward people wanting to live an active and healthy lifestyle.”

Even so, the retail industry’s loss of revenues during the mass closures in the U.S. and Europe is hard to ignore. And with stores in China closed for more than a month as the COVID-19 outbreak started, there’s no telling how long stores will remain closed Stateside.

In addition to store closures, large brands like Nike and Adidas also miss out on sales from wholesale partners. In that respect, digital native brands such as Alo Yoga, Outdoor Voices or Carbon38, might see less of a disruption in the near-term, because they are already mostly operating online.

“But, those brands also lack the scale and the cash flow that is going to be critical to weathering this storm,” Feldman said. “The reality is, especially the smaller brands, everyone is really operating in a scary retail environment.”

The opportunity, then, is to create brand awareness, while almost all retailers are faced with the same headwinds: a substantial loss of revenues and profits, at least in the short term.

But Feldman warned, it has to be done tastefully. Strategies like massive sales, for example, while a short-term fix, are “destructive to brand equity,” he said. So is paying people lip service.

“Consumers don’t want to hear that brands have their thoughts and prayers with those affected,” Feldman said. “This is a scenario where consumers want to see that brands and retailers are putting their money where their mouth is by, for example, pitching in to create masks, or, closing stores early. People are really looking for meaningful action, as opposed to just p.r.”

Some examples include New Balance, which posted on its social media channels how it was donating $2 million to various organizations in response to the coronavirus pandemic. Its U.S. factories are also working to make masks for U.S. hospitals.

Or, Yella Activewear. Daniella Mizrahi, the founder of the luxury, Los Angeles-based activewear company, said she decided to stop promoting the apparel for the moment and instead focus on offering free workout classes for the community.

“It’s important to be sensitive at this time and understand people’s general mood,” Mizrahi said. “We’re setting up a more consistent workout schedule [and] instructor takeovers. We want to give people access to various types of workouts while trying to give back and help in some way.”

The sessions offer consumers something for free while stuck at home. The hope is that some of them will enjoy it enough to become paying members when the crisis is all over.

“Not every brand has the resources that Nike does,” Feldman said. “But, every brand needs to figure out how they can respond to this moment in a way that is authentic. Because if every activewear plays copycat and just does what Nike does, it’s not going to work.”

305 Fitness, the disco-inspired dance studio, is livestreaming classes on YouTube, with themes like Eighties Prom or Battle of the Bands. All classes are free, with a suggested donation to instructors who are unable to work during the crisis. The workouts come with an interactive component, like a video chat at the end, where 305-ers can chat with fellow dancers from all over the world.

“It’s not just our city clients tuning in,” said 305 founder and ceo Sadie Kurzban, who has studios in New York, Boston and Washington, D.C., along with pop-ups in Los Angeles, San Francisco and Chicago. “People in the live chat are saying hi from Jordan, ‘hi’ from Russia, ‘hi’ from everywhere. ‘Hi’ from Japan. Hi from Italy even.

“We are actually really growing our audience and the reach of what we can do,” Kurzban continued. “Before we would have 30 to 40 people in a class, depending on the space. Now there are sometimes well over a thousand people who are tuning in for a class. “We’re hoping there is some kind of opportunity in all this chaos.”