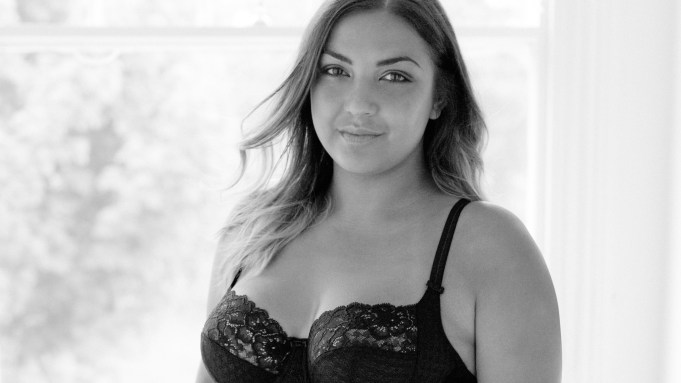 Panache is continuing its “Modeled by Role Models” campaign that launched last year, but this time, the role models have been selected by people from all around the world.

Earlier this year Panache, a lingerie and swimwear brand for D+ cups, launched a site where people could nominate their own personal role models. Panache then released a list of semi-finalists and six final role models were selected. Each finalist was shot in Panache’s lingerie for the campaign, which will be featured on its digital platforms and in retail stores globally.

The finalists include Anja Loven, a relief aid worker who founded the African Children’s Aid Education and Development Foundation; Eliza Rebeiro, the founder of “Lives Not Knives,” an organization that helps young people find employment; Elly Mayday, a plus-size model who was diagnosed with a rare form of ovarian cancer; Emily Findlay, a survivor of neuroblastoma; Jayne Hurditch, the founder of the charity “Amy’s House,” which helps parents and caregivers with disabled children, and Sylwia Blach, an ambassador for “The One and Only” charity, which helps women celebrate their inner beauty.

“We’re looking to shift the perception of what a fashion model entails,” said Victoria Sargeson, head of marketing at Panache. “Our ‘Modeled by Role Models’ campaign celebrates achievements and contributions, looking to highlight the beauty within.”

The campaign will launch in September on the microsite modeledbyrolemodels.com and will be supported by the #MyRoleModel hashtag, which encourages people to talk about their own role models.