The Irvine, Calif.-based brand broke into Europe last year and has its sights set on Asia, South America and Central America for 2014. 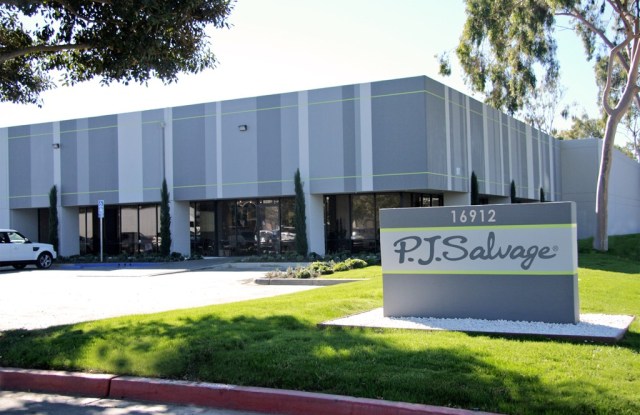 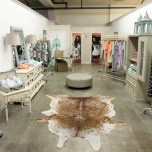 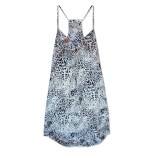 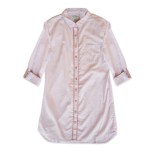 P.J. Salvage is expanding at home and abroad.

After putting off entering international markets when the recession took root, the Irvine, Calif.-based brand broke into Europe last year and has its sights set on Asia, South America and Central America for 2014. At home, the brand’s growth sparked the need for an upgrade of its headquarters, and following seven months of construction, the company has moved into a 62,000-square-foot facility that houses its offices and serves as a distribution warehouse.

P.J. Salvage owner Peter Burke expects international sales to constitute 5 percent of the brand’s business this year. The label is currently being sold in Germany, Austria, Switzerland, Sweden, Denmark, Norway, Finland, Belgium, Holland, Luxembourg and the U.K., and expansion into Russia, Portugal, Spain and France is being considered. In the U.K., P.J. Salvage has launched at Selfridges, which Burke described as a “great window to the world for us.”

“We didn’t want to take on too many countries all at once,” said Burke, who bought P.J. Salvage in 1997. “We are not interested in doing as much business as possible. It is all about getting strategically based in the right doors. Natural growth will come with that.”

As it pushes abroad, P.J. Salvage is broadening its merchandise assortment beyond its core loungewear and pajamas. For the last two seasons, the brand has branched into sweaters and track pants, a move that Burke said has been well received and has given him assurance that P.J. Salvage is strong enough to sustain additional categories.

A men’s line is in the works and will be introduced within six months, but he noted that P.J. Salvage’s upcoming extensions would focus largely on gifting. Tabletop items, bed linens, towels and pet goods are possibilities.

“We offer fashion. We are not really a pajama company as such. We see ourselves as a lifestyle company coming from a sportswear background, and we have the ability to have a wide range of product,” explained Burke. “We reinvent ourselves every week of the year by delivering a new story into stores every week.”

The brand’s lifestyle product now accounts for 10 percent of annual sales, and the goal is to increase that figure to 30 to 40 percent in the next three years or so. P.J. Salvage plans to start licensing soon to further its push into segments it is not represented in, such as daywear and intimate apparel. “We want to find different categories to license to grow domestically and internationally. We will identify the top [licensing] person in each field,” said Burke.

P.J. Salvage is spotlighting its assortment at a new 800-square-foot boutique within Fred Segal in Santa Monica that it has partnered on with Joi Davis, owner of Rocks & Silk. Burke believes the store is good exposure for P.J. Salvage, but he doesn’t foresee the company opening many more. “We are definitely not trying to go against our retailers,” he said. “We don’t want to be retailers. We might have one or two in key areas around the country to showcase our product as opposed to trying to be retailers.”

P.J. Salvage is carried at roughly 1,350 department store and boutique doors in the U.S., notably Nordstrom and Bloomingdale’s. Outside of the U.S., P.J. Salvage’s largest market is Canada, where it is sold in 150 doors. In recent years, Burke said, the brand’s sales reached their climax in 2008 and experienced a slowdown as the economy tumbled. This year, though, he forecast the brand being back to its previous high levels.

“We are heading to our best year ever,” said Burke. He declined to specify P.J. Salvage’s annual revenues.
To satisfy demand, P.J. Salvage has had to shore up its infrastructure. “We needed extra space. We were jam-packed in our last warehouse. At peak times, it was hard. Now, with the 62,000 square feet, that is helping us,” said Burke of the new headquarters. “We turned it into a great contemporary workspace. It is a nice place for everyone to work.”