Veteran designer Roslyn Harte’s first break in designing women’s pajamas led her to Broadway in 1954 and “The Pajama Game.” 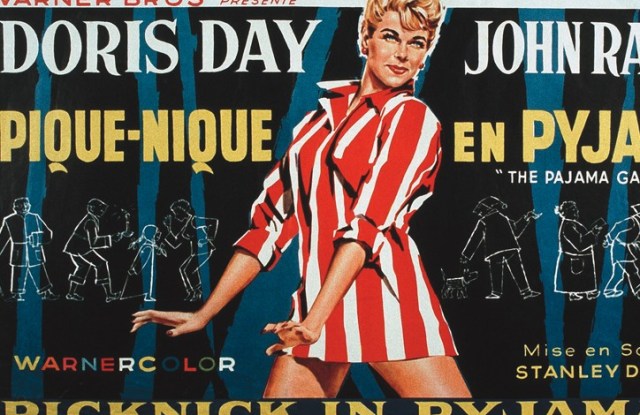 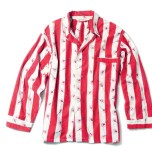 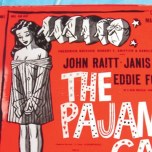 Veteran designer Roslyn Harte’s first break in designing women’s pajamas for the Weldon brand led her to Broadway in 1954 and the Tony Award-winning musical, “The Pajama Game.”

Harte worked with the chorus and two stars in both the original Broadway hit starring Janis Paige, John Raitt and Eddie Foy Jr., as well as the motion picture version in 1957 by Warner Bros., which starred Doris Day.

Women’s pajamas were a big trend at the time, and the idea of being part of “The Pajama Game,” a story about love and labor troubles in a pajama factory, held great appeal for the manufacturer of Weldon pajamas, Louis Lubin.

“Louis hired me to design pajamas for women. Around that time he was approached to back the Broadway musical, and he said he would if all of the pajamas were by Weldon. He thought it would be great advertisement on stage. He also chose which pajamas were to be worn by which stars, because after all, he was the show’s backer. He later backed ‘Damn Yankees,”’ remembered Harte. “The pajamas for the chorus were changed every season, cotton batiste in the spring and flannel in the fall, except for the male and female leads, who wore the star pieces — men wore the pants and women wore only the tops.”

Harte said she interacted with the costume designers of the Broadway show, saying, “I fitted the stars. Whenever they needed pajamas, I was the one who designed and sewed it in my dressing room….I had more fun on the set of the Broadway production because Janis Paige was so sweet, very nice, and when she tried on pajamas she would make comments about the styling and what she liked. John Raitt was a doll, a very easygoing personality, and everybody got along because of that.

“But Doris Day was something else,” continued Harte. “She was very condescending, and I had the great displeasure of being told to make matching pajamas for her little poodle, Ike. The poodle was always dirty, so instead of draping a garment over the poodle to take its measurements, I draped it over a sewing machine and cut a pattern. I sent a bill to the studio for $1,000 and they actually paid me.”