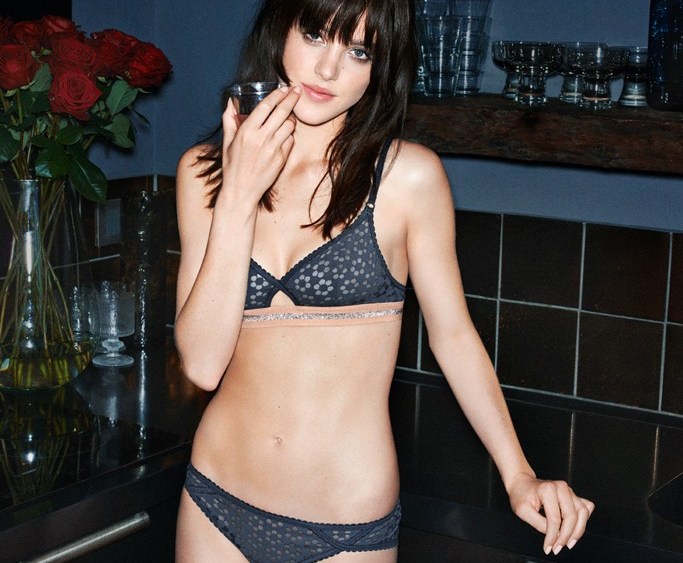 The Fast Retailing Co. Ltd.-owned label is set to open a first store in Shanghai this fall as well as a third store in Japan, where its parent company, owner of Uniqlo, Comptoir des Cotonniers and Link Theory, is based.

“Our goal is to open 80 freestanding stores [adding to 152 existing units] within the next three years,” Grenade said in an interview. International sales currently represent one-fifth of the turnover.

In the U.S., where the brand is currently sold exclusively at Bloomingdale’s and Journelle, Princesse Tam Tam intends to open a stand-alone store in New York in 2014.

“We believe the brand has something to bring to the [U.S.] market. With its ‘French touch,’ fresh, colorful and sensual approach, it will make a difference,” Grenade asserted.

The Stateside development of contemporary French fashion brands such as Sandro and Maje, as well as those of its sister brand Comptoir des Cotonniers, bodes well for Princesse Tam Tam’s potential there, according to Grenade.

The brand grew “double-digits” in 2012, while the market was flat, Grenade said.

“Let’s be a fashion brand with lingerie roots,” Grenade said.

One step in that direction was to change the concept of the stores. The new shops are bigger — now 1,075 square feet on average, versus 485 square feet previously — and brighter, with larger windows, “less ‘boudoir,’” as Grenade puts it.

Diversification is another pillar of the label’s strategy. Loungewear currently represents 15 percent of its business and could account for 25 percent down the road. The brand also partnered with Comptoir des Cotonniers on a collection of “summer wear” consisting of light shirts and dresses.

“We wanted to go beyond swimwear,” Grenade explained. There was also a collaboration with French men’s underwear brand Le Slip Français for Valentine’s Day.

One of his first moves in 2010 was to reinforce the fashion positioning with a new advertising strategy, featuring a woman “who is more fashion and less junior.” He added the tag line “Undress like a Princess” to work internationally. The fall campaign features British model Eliza Cummings.

Grenade met with Google management to learn about their approach, which is to “Give [employees] freedom, they will amaze you.”

To wit, he created eight micro companies, led by employees who proposed a special project. They each built a team internally and devote one day a week to their project.

For example, Princesse Tam Tam’s communications manager, Elodie Bilger, pitched the idea of a sportswear collection that would be more fashion-focused than what is currently on the market. With the sportswear sector faring better than ready-to-wear and lingerie, Grenade gave his go-ahead. Bilger’s supervisor acted as a “business angel,” he said.

This gave birth to a collection of 12 pieces called Sporty, which hit stores this spring. “It ranked among our top five selling items in the first week,” Grenade reported. The Sporty lineup for fall offers 30 pieces.

Other start-ups include a research group on fabrics of the future.