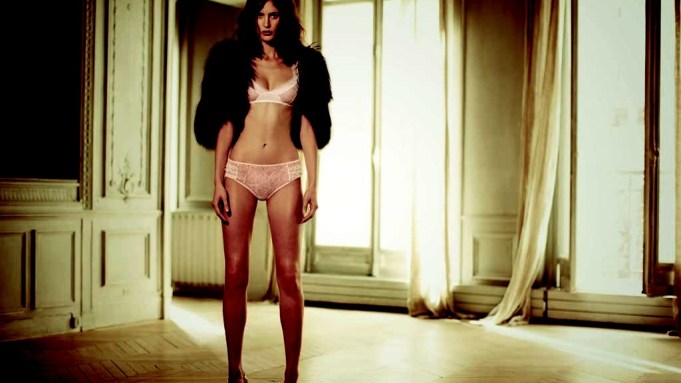 PARIS — French lingerie brand Monette is set to unveil its first collection at a pop-up store from Dec. 13 to Dec. 20, at La Réserve, a residence located in the chic 16th arrondissement.

The spring 2013 collection is to debut in January at the Left Bank department store Le Bon Marché.

Created by Lingerie veteran Assya Hiridjee, a former designer for intimates firm Princesse Tam Tam and the sister of its founder, Monette’s first collection includes around 60 pieces named after Parisian landmarks such as Pont des Arts, Lutetia and Café de Flore, mostly made with silk. Prices for sets range from 190 euros to 230 euros, or $244 to $296 at current exchange rates.

“The brand targets women between 35 and 50,” Hiridjee said, noting that Monette is a concept that also includes ready-to-wear and accessories.

Hirijee plans to open standalone boutiques, starting with one in Saint-Germain-des-Prés or on Rue Saint Honoré in Paris by the end of 2013 and to roll out internationally. “We are targeting the U.S. where we are in talks with high-end department stores, Asia and the Middle East,” she said.