Phillips-Van Heusen Corp. has signed a licensing agreement with Vandale Industries to design, produce and market a collection of innerwear under the Izod name. 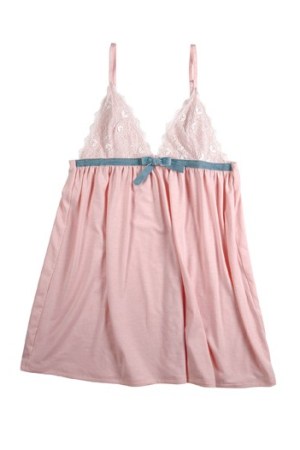 Phillips-Van Heusen Corp. has signed a licensing agreement with Vandale Industries to design, produce and market a collection of innerwear bearing the Izod name.

The collection, which will include bras, undies, shapewear, sleepwear, loungewear, robes and daywear items such as camis, will be launched at retail for fall. Distribution will be aimed at major department and specialty stores in the U.S. The licensing deal also includes a line of girls’ intimates and sleepwear, with deliveries scheduled to begin in June for the fall selling season. PVH is also considering selling the intimates line at 135 company outlet stores.

Allen Sirkin, president and chief operating officer of PVH, said the apparel giant is “continuously looking to build on the Izod brand’s strengths by partnering with leading manufacturers.”

“Vandale is a key strategic player in the intimates category,” said Sirkin. “After 27 years in the intimate apparel marketplace, Vandale has a thorough understanding of the market that will allow us to offer the kind of value, fashion and energy that we aim for in all the product categories that the Izod brand offers.”

Maurice Setton, president of Vandale, said, “Our designers have put together a collection that is as functional as it is innovative, traditional yet fashion-forward and both sexy and comfortable.”

Kenneth Wyse, president of licensing and public relations at PVH, said the Izod intimates will be marketed in an aggressive TV and national print advertising campaign. He added that Izod is in talks to license a line of swimwear.

“A TV ad is being put together for the fourth quarter,” Wyse said. “There will be lifestyle imagery featuring both men’s and women’s [Izod] products.”

The company is considering distribution of Izod men’s, women’s and children’s innerwear in Canada, Mexico, Central America and South America, Wyse said. The men’s sleepwear and loungewear business is licensed to Knotche.

A first-year annual wholesale sales projection was not available for Izod innerwear, but the combined women’s and girl’s lines could generate sales of around $10 million, according to industry estimates.

The Izod women’s sportswear collection, launched in 2007, generates estimated wholesale sales of $50 million to $100 million and is projected to grow to a $200 million wholesale business within five years, according to the PVH 2008 annual report. The combined men’s and women’s apparel businesses generate an estimated $900,000 in annual retail sales. Since 1995, the brand has extended its licensing empire to 24 product categories at 20 companies in the U.S., and is distributed globally by six international licensees.

Regarded as a heritage brand at PVH, the Izod moniker dates to London in the early 1900s, when David Crystal Co. acquired the exclusive rights to use the name Izod from Jack Izod, “Shirt Maker to the King.” In 1951, in the U.S., famed tennis player René Lacoste partnered with the Crystal company to market a tennis shirt made of a new piqué fabric, and the popularity of the brand jumped with celebrities and sportsmen. The Izod-Lacoste polo shirt with the alligator emblem became an American fashion icon in the Eighties. In 1995, PVH acquired the Izod brand from Crystal Brands Inc., separating the name from the Lacoste brand.

Izod intimates is comprised of four groups: Jane Basics, a line of microfiber bras and undies; Camille, a group of bras, bottoms, a baby doll, a romper, and a sleep top and pants in brushed microfiber; Penelope daywear and sleepwear, which focuses on brushed microfiber bras, undies, a chemise and sleep tops and bottoms with lace embellishments, and Miranda daywear and sleepwear in stretch charmeuse bras, undies, a cami and nightwear. Suggested retail prices average $10 for undies; $18 for bras; $32 for rompers; $28 to $38 for baby dolls and chemises; $36 to $46 for robes, and $24 to $32 for sleep pants.

Izod Intimates and Izod Sleepwear is being shown at the Vandale showrooms at 180 Madison Ave. in Manhattan.