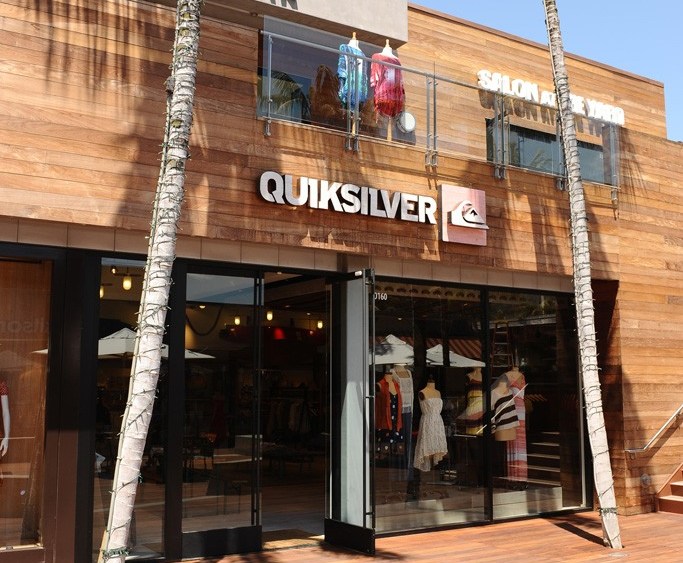 MALIBU, CALIF. — Quiksilver Inc. wants to bridge the gender gap — and is making a push into retail to do so.

The Huntington Beach, Calif.-based action sports apparel company opened its first Quiksilver women’s store at the Malibu Lumber Yard here last month, reflecting a strategy to broaden the reach of its biggest brand that’s traditionally been strong with young men. After testing the women’s retail concept in Malibu this year, Quiksilver will get serious about rolling it out in the U.S. with five or six store openings planned for next year and 30 to 40 over the next three years, according to Quiksilver president of retail Paul McAdam.

“It’s a small piece of the business today,” said McAdam of Quiksilver women’s, “but we are aggressive about it. We think it is a credible line that is going to deliver good return over the next three to four years.” During its fourth-quarter earnings call, chairman, chief executive officer and president Robert McKnight elaborated on Quiksilver’s goals for women’s, saying, “We believe in Quiksilver girls’ and the women’s business, and we think there’s a $100 million opportunity there over the next five years, so we’re really focused on that. The initial launch has gone great, better than we expected. We’ll probably double the business this year.”

Since the launch of juniors stalwart Roxy in 1990 — a brand that reached $527 million in sales last year — it has been the focus of Quiksilver’s bid for female shoppers. But with the Roxy business maturing, the junior market limited by age and competition mounting as fast-fashion stores multiply, Quiksilver has recognized it may have to look beyond the brand to capture considerable growth in women’s.

Quiksilver’s forays into women’s have often amounted to little more than footnotes to a much larger enterprise. In 2000, the company entered the contemporary women’s sector with a label called Alex Goes, which fell victim to the difficult retail environment after the 9/11 attacks and was shuttered. Nearly eight years later, Quiksilver stepped into young contemporary with a line led by then vice president of design Summer Rapp and former merchandising director Brittany Bourdeaux aimed at 18- to 24-year-olds that had outgrown Roxy. It didn’t live up to its potential.

Although its sales remain a tiny fraction of Roxy’s, Quiksilver women’s new direction has appeared to put it on track to gaining solid footing. It is currently sold at roughly 1,100 doors in the U.S. and Canada, including Bloomingdale’s, Boathouse, Simons and Zappos. Dresses and sweaters are Quiksilver women’s largest categories. Swimwear is a category viewed as on the rise. Quiksilver women’s hired Kimberly Suszek last year to handle the design of swimwear and accessories, and it is tripling the size of the swimwear selection.

Quiksilver women’s entrance into retail could be a sign Quiksilver is putting the muscle behind its women’s business necessary to make it work. Curiously, though, the first Quiksilver women’s store was originally supposed to be the retail debut of VSTR, the sportswear line Quiksilver has created with surf champion Kelly Slater that has retail aspirations of its own. The company quickly changed course, convinced the tenants at the Malibu Lumber Yard – including Alice + Olivia, Tory Burch, Kitson, James Perse and Maxfield – could underscore Quiksilver women’s positioning as a fashion option for discerning shoppers. It is anticipated the store will generate at least $1 million in first-year sales.

The Quiksilver women’s store was designed internally in collaboration with Chris Gentile, who’s behind Pilgrim Surf + Supply in Brooklyn, and Mollusk Surf Shop in L.A. and San Francisco. From the exterior, shoppers will be able to deduce the store is dedicated to women because there are dresses in the windows and the Quiksilver logo of a crested wave and snowcapped mountain contains pink. Inside the store, the casual, but refined, shopping setting is meant to distinguish it from typical male-oriented action sports retail fare. “The environment is very understated, like our product. You are not going to see a lot of logos,” said Moore. Added Florie, “You should walk in here and feel like you can be barefoot and be comfortable shopping.”

Wood in various tones — from white-washed wood floors to darker wood tables — is prominent at the store, as are nods to Quiksilver’s heritage. There are new surfboards shaped by San Diego-based Josh Hall, and vintage surfboards picked up at a local surf swap, notably a longboard from the early Sixties that still has the license required at the time to ride a surfboard. Lining a wall is a corkboard taken from Moore’s design studio filled with a range of materials from the Quiksilver archives such as the early fabrics with palm frond patterns Quiksilver bought from Hoffman California Fabrics that inspired the women’s line. Other key elements of the store are an expansive chalkboard near the dressing rooms and cash wrap currently decorated with a colorful drawing by artist Serena Mitnik-Miller and ceiling covering made from rows of braided nautical ropes.

“Most of the time, when the action sports market rolls out a retail concept, everything is heavily branded and has fixtures throughout the space that look like they are churned out in the millions,” said Moore. “Every single fixture here is vintage or fabricated in workshops to be one of kind. We have a wood slab table at the front door that actually has the bark of the wood on it. It is anything but what you might expect when you walk into a surf shop environment.”