Raj Swim Looks to Break the Mold With Launch of Vyb

The swimwear brand is designed and aimed at Millennials. 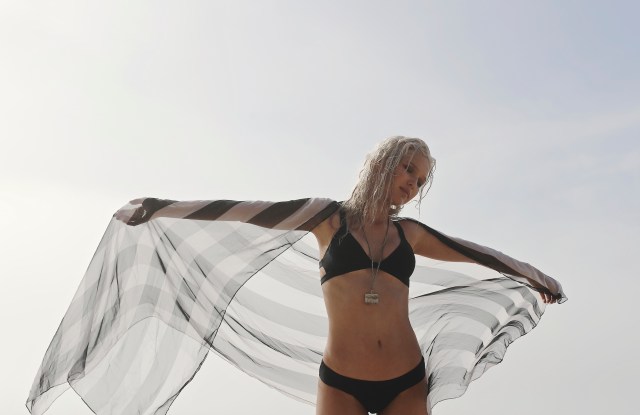 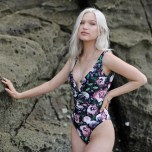 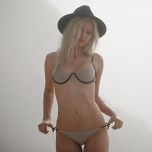 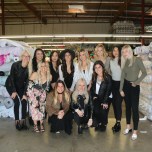 In the battle for swim market share, Raj Manufacturing looked from within and is trying a new tack with the launch of its Vyb line.

The line, pronounced vibe, was developed with the help of about a dozen Millennials — many of them company employees and a few bloggers — and manufactures locally in Tustin, Calif., using deadstock fabric — of which some is luxury quality from some of the big name brands for which its parent Raj produces swimsuits.

The strategy aims to be relevant to that oh-so-powerful Millennial consumer and also appeal to the sustainability and transparency that have helped brands such as Everlane and Reformation nab loyal followings.

It’s perhaps the best of both worlds for Vyb with the backing of a large parent in Raj — which designs and makes designer and private label swimwear and also operates the retailer SwimSpot — that has taken a largely hands-off approach to the line’s development, pointed out Raj senior designer Holly Swope.

“It wasn’t hyper-managed or micromanaged. It was very organic and real and authentic,” Swope said of the line’s development.

The idea behind the brand was to appeal to a consumer’s different style moods rather than being, for example, only a bohemian-inspired or only a technical-based swim offering. Instead, Vyb aims to be a mix ranging from edgy to romantic along with a group of core pieces in solids and simpler silhouettes.

The first delivery is as many as 40 stockkeeping units with a second, totaling about 30 sku’s. The line at retail ranges from $30 to $120 and is sold on Vyb’s online site, SwimSpot stores and some boutiques.

“We would definitely like to keep it at the boutique end and online level just because this girl isn’t really shopping the department stores,” said Raj marketing director Holly Harshman.

“In our minds, Millennials are replacing those big department stores and shopping with e-commerce and [how she buys] has completely shifted and it’s no longer brick-and-mortar necessarily so we feel like we can substantiate the brand in boutiques,” Swope added.

Vyb will continue to align itself with its target demographic, syncing with micro-influencers, many of them in college with followers in the 30,000 range.

“The college ambassadors to us feel so grassroots and aren’t being focused on as much as they should be,” Swope said. “Those are the girls that are trend starters. They’re the ones stirring the mix and leading the pack for trends. They are like gold to us….She’s just a regular girl and we found that to be really intriguing. If [the customer] delineates up — look, every mom wants to be cool like their daughter but we’re definitely not designing for the fortysomething.”

The brand has plans to launch a major marketing event April 13 enlisting more than 50 mid-tier influencers and college brand ambassadors throughout the U.S., along with some of the company’s Millennials to post content and images wearing their own choice of Vyb swimwear. Some of those posters are being paid, others were gifted product.

Vyb in many ways represents a new way of thinking for its parent company. The development team wasn’t burdened by legacy, Swope and Harshman said, which helped them break the rules and innovate with shapes.

The team hired an outside patternmaker for Vyb and experimented, trying high-waisted bottoms, high-low hems and playing with underwires for something like the choker collar halter Swope said likely wouldn’t have been tried with any of Raj’s other lines.

“Because we’re 50 years old, we have so much history and so much knowledge in the swimwear industry and sometimes with that knowledge comes routine and the typical ways of doing things,” Swope said. “A lot of our [other] brands, we use history and analytics and data to test things and say, ‘OK, this worked last season.’ Well, we didn’t have that. There were no restrictions.”

For More on Raj in WWD: