Reggie Bush and David Villa will be the faces of the line, which is Mission Athletecare's first stab at apparel. 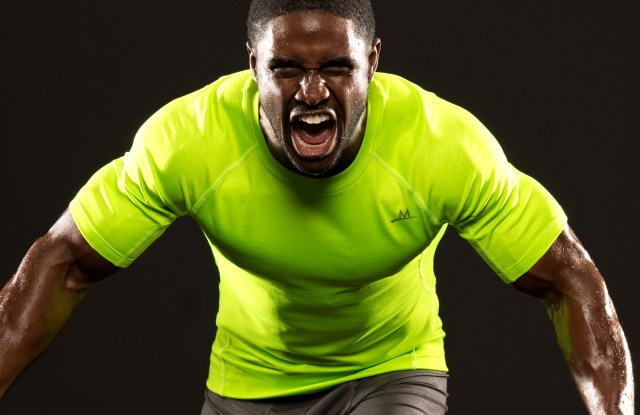 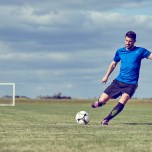 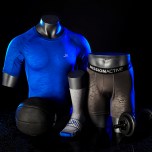 Mission Athletecare is going after Under Armour.

The athletic products brand, which was founded by Josh Shaw in 2008, is known for its popular cooling towels that utilize wet-to-cool technology. But VaporActive, their new men’s apparel line, features dry-to-cool technology provided by 37.5, which was created by textile company Cocona and produces patented active particles embedded in fibers that capture and release moisture vapor.

“After we introduced our cooling towels, one of the first things our athletes asked for was apparel that had the same qualities. But you don’t want to wear wet underwear or socks, so we spent time looking for the best dry-to-cool patented technology,” said Shaw.

The collection includes compression shirts that retail for $40, a two-pack of boxer briefs that retail for $30, and a two-pack of performance socks that retail from $15 to $18. According to Shaw, unlike moisture-wicking properties, which are usually topically applied to textiles and only move moisture around a garment, the Vaporactive line removes moisture from the garment. Shaw also said because the cooling technology is embedded into the fabric’s fibers, it can’t be washed away from the garment as moisture-wicking technology can. The collection will be available on the brand’s e-commerce site and at Dick’s Sporting Goods and Academy Sports.

The line will be fronted by NFL player Reggie Bush and Spanish football player David Villa, who serves as the captain for New York City FC. Both Bush and Villa, along with athletes including Serena Williams, Dwyane Wade and Drew Brees, are equity partners in Mission Athletecare.

“For a long time athletes have leased or rented their celebrity power to brands that have disproportionately gained from it,” said Shaw, who wants Mission Athletecare to own what he calls the thermoregulation category, which focuses on temperature control.

Much like Under Armour, he is beginning by focusing on training athletes and hopes to expand the brand’s scope to speak to a bigger audience.

“I have a ton of respect for what Kevin [Plank, founder of Under Armour] has done over there and I couldn’t be more impressed and inspired,” said Shaw. “In many ways he has paved the way for a new disruptive brand like us. But what Kevin Plank did to Nike is what we are going to do to him.”