Shes aims to suit up readers of her wellness web site and other health-conscious women in the just-launched Process brand. 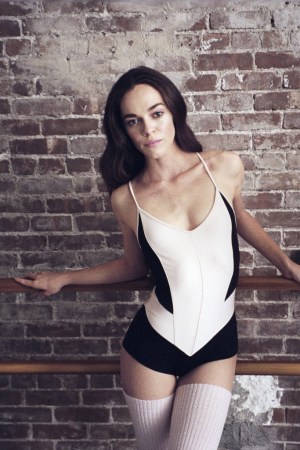 Now that her new wellness-oriented Web site Live The Process is up and running, Robyn Berkley aims to suit up readers and other health-conscious women in the just-launched Live The Process luxury activewear brand.

A fan of Vinyasa yoga, she chose the name to reinforce the idea of connecting breath to movement — “That to me is life,” Berkley said.

The idea for the holistic-rooted company was planted two years ago when the publicist left People’s Revolution to study yoga in Bali for a few months to become a certified instructor. Her friend and fellow New Yorker Amy Risley, who had spent years working for Fabien Baron, convinced her to retreat to Bali. “When I went shopping for clothes before I left, I couldn’t find anything I liked. I am not really a Lululemon customer and I don’t like things that are branded. I want items that are less flashy and more street-oriented,” she said.

By the time Berkley returned to New York in late 2011, the boutique fitness trend was taking hold and her friend Amanda Freeman’s success with SLT (Strengthen, Lengthen, Tone) only reinforced that hunch. Living downtown where Organic Avenue started in 2002 and Juice Press followed in 2009, Berkley noticed how the juice trend took off with fitness-minded city dwellers, which only made her more confident about the prospect of getting into luxury activewear.

To appeal to environmentalist shoppers, the collection is made in North Carolina and Los Angeles, and each item carries a tag that reads, “Made in the United States by American labor.” A $295 corset leotard and $235 geometric leggings are strong sellers on the Live the Process Web site. The 21-piece line, which retails from $125 to $495, is now sold exclusively online, but it will also be available in select specialty stores next year. Whether practicing yoga, ballet or one of Natalie Uhling’s NUfit classes, Berkley wear-tested the collection to be sure the arm holes were just right and the low backs allowed for a full range of movement. The leotards, unitards, bra tops and other pieces will be offered in black, heather gray, taupe and blush nude, as well as in a floral or leopard print.

Berkley’s boyfriend and business partner Jared Sharma built the site and helps guide the business plan. Aside from working at Goldman Sachs and Credit Suisse, he learned the ins and outs of retail through his family’s New Zealand-based specialty store chain Ruby. The pair aim to have 600,000 users within the first 12 months. They also plan to sell accessories including yoga-related ones, crystals and other products to the site’s e-commerce section. There are plans to collaborate “in a different way with designers who really believe in this healthy lifestyle.”

While Berkley penned a “15 Days of Raw Food” entry, the site references such splurges as an elderberry cordial and “How to Host a Full Moon Circle.” New content is posted every Tuesday and Wednesday by such contributors as Marina Storm, founder of Earth Tu Face skin care, and Heather Hartnett, director of development at the David Lynch Foundation. Berkley, who studied transcendental meditation at the DLF, may launch a charitable initiative with Lynch’s foundation, whose mission is to provide transcendental meditation to underserved inner-city students, PTSD-suffering veterans and abused women and girls.
Busy as she is with the new site and collection, Berkley still runs her own public relations company RBBR. “We live in a world that is chaotic and crazy,” she said. “We want to make really great products that people will really want to live in.”