The brand will introduce running apparel, fashion swimwear and eyewear this summer. 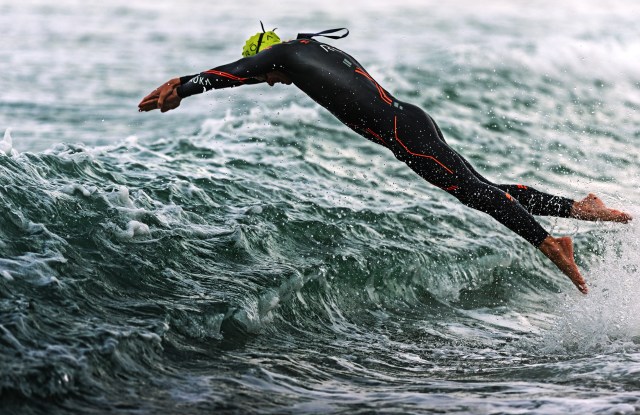 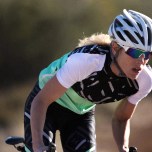 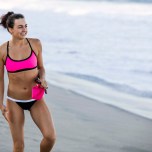 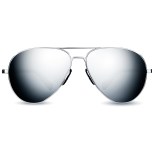 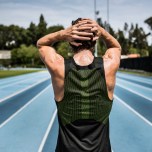 Rob Canales and Kurt Spenser are the competitive type. They met when they were both racing on the swim team at Stanford University. When their All-American collegiate swimming careers were over, Canales obtained a law degree and Spenser got a degree in design and technology. But they never lost their love of sports.

Five years ago, the duo signed up for an Ironman 70.3 race — 1.2-mile swim, 56-mile bike and a 13.1-mile run — on a dare and soon “got super deep in it,” Spenser said. They bought the top-of-the-line wet suits available in the market and soon realized “this is not how we used to swim fast.”

They spent the next two years determined to create a better wet suit. They pored over research and development, slicing the suits open and redesigning them to enhance performance. The result was the Maverick wet suit that was launched in early 2013, a product the duo believes is “the fastest wet suit on the planet” with a design that puts swimmers in the most streamlined body position possible and facilitates proper rotation.

The suits were soon embraced by professional and amateur athletes including Olympic triathlon hopeful Gwen Jorgensen and Ironman champion Jesse Thomas. They also provided the fuel to the company’s desire to move beyond wet suits into other segments of the athletic market.

So last year, Roka set out to become a “multisport brand,” Canales said, offering swimwear and cycling apparel that is also based on performance and technology. The swimwear, for instance, offers two-way stretch for movement but still maintains its shape. The cycling apparel was developed in the same wind tunnels used for the Tour de France riders.

The original swimwear offering was in solids only, but the line will begin offering prints later this month in one- and two-piece models. All of the suits are created from Italian fabrics that are designed to stand up to chlorine. The men’s swimwear has relocated the seam that runs down the middle in other brands, which is “the worst place possible,” Spenser said.

The suits will retail for $35 per piece for the separates and $65 for a one-piece.

Next up is a collection of triathlon apparel that will launch this summer, followed soon after by a running collection. The running apparel will include three different lengths and fits in shorts as well as short- and long-sleeve shirts and some tanks. Canales said the price points make Roka “a premium product but not a luxury brand.” Running T-shirts will range from $65 for short-sleeve and sleeveless options and $75 for long-sleeve.

The company has also created a new wet suit, the Maverick X, that addresses the “shoulder fatigue” that is common with other suits. It also introduced a new SPCTRM goggle, designed to make sighting easier in open water.

Roka is expanding into eyewear, which it will introduce this summer. The offering will include a classic aviator, inspired by Thomas, who made a name for himself by wearing aviator glasses to race, as well as more-traditional athletic plastic models. The glasses will retail for $130 to $180 for plastic styles and $175 and up for the aviators.

Right now, Roka sells direct to consumers on its Web site, although Canales said the brand has dabbled in wholesale with some select retailers “who can add value to the customer experience. We’re open to it, but we don’t want to be in 2,000 doors.”

The cofounders, who have obtained milestone-based financing from some private Silicon Valley investors, know they have a long way to go to make a dent in the activewear business against the likes of Nike and Under Armour. But they’re determined to carve out a niche.

“We know we won’t unseat a $20 billion business overnight,” said Canales, “but we believe our incredible fit and materials can solve problems for people.”