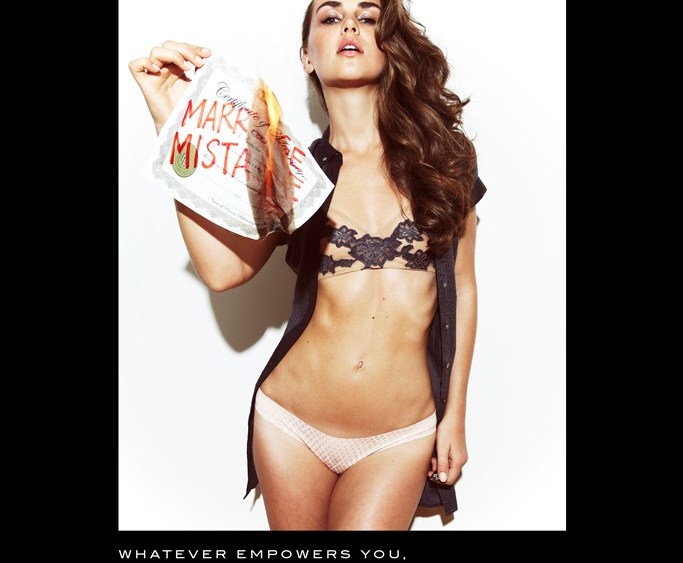 Seven Bar Foundation launched its first branded collection of underwear on Aug. 2 called Empowered by You.

Designed by Hun Kim, the former senior design director of the Polo Ralph Lauren Blue Label collection, the launch features one style: a low-rise, Brazilian-cut thong with patented silicone flocking in a range of colors including purple, orange, nude, gray and black. Sizes are small-medium and medium-large.

Renata Mutis Black, cofounder and executive director of the foundation, said $1 from the sale of every panty will go toward the organization, which provides micro-finance loans to women worldwide to build their own businesses and enable them to rise above poverty and into self-sufficiency. The contribution will be calculated from the wholesale margin.

Suggested wholesale for the undies, which are merchandised in clear, reusable packing, will be $8.75, or $20 a pair at retail. Included in each package is a triangle-shaped insert with a photograph and brief story of a woman who has been empowered to create a business with the help of the foundation’s micro-financing.

An example is the story of Joy, who received a $1,470 loan from the foundation to start up a bakery.

The insert reads: “My cupcake business was my first break. Now I’m able to mentor other women.”

Mutis Black noted that she is “happiest” seeking out recipients for micro loans in Mexico, Columbia, India and the U.S.

“I prefer media attention to be directed to the empowerment of women through microfinance…showing how little, tiny loans can really help women become self-sufficient,” said Mutis Black, whose foundation has raised $372,000 for more than 3,000 women.

Distribution of the Empowered by You panty is aimed primarily at specialty stores in New York, Los Angeles, Miami and Dallas. So far, the item has been picked up by the Gansevoort Hotel in New York’s Meatpacking District; Le Petite Coquette in Manhattan; Faire Frou Frou in Studio City, Calif.; Sea Cup and Up in Sarasota, Fla., and En Advance in Miami. E-commerce will also be an important element with sites such as Ahalife.com, and two potential partners in the U.K. — My-wardrobe.com and Giftlab.com.

To bring further exposure to its brand and charitable initiative, Seven Bar will be staging a formal runway fashion show in London at Old Billingsgate on Oct. 24. The event will feature two top names from the world of British lingerie: Agent Provocateur, the wholesale and retail trendsetter of naughty boudoir fare, and Atsuko Kudo, who is known for specialty Latex lingerie and apparel. A second fashion show is being planned for Shanghai. Details have not been finalized.

Seven Bar has had success with two other fashion venues in the past: one runway show and dinner party at Cipriani New York in 2010, which was hosted by Sofia Vergara and featured lingerie designs by Carine Gilson and Kudo, and another gala affair in Miami in 2009 at The Vizcaya Museum. The Miami show was hosted by Eva Longoria and featured designs by Fifi Chachnil, Carine Gilson and Agent Provocateur.

Future panty styles will be designed in collaboration with other designers and possibly with celebrities interested in the foundation’s initiatives.