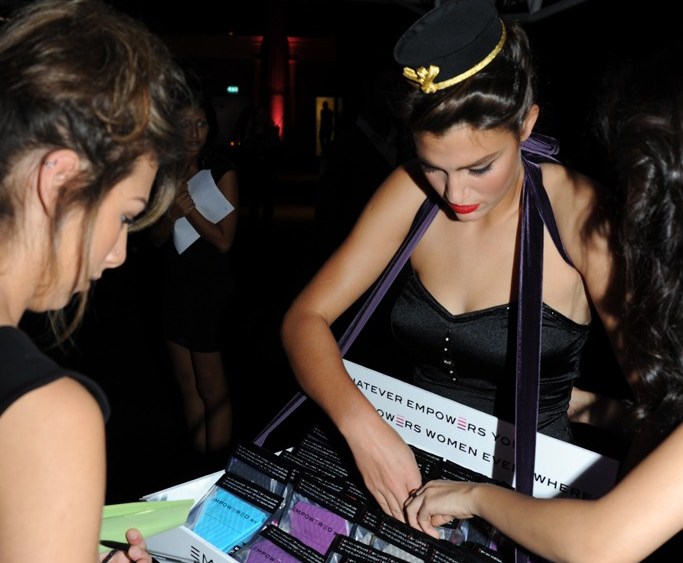 LONDON — The Seven Bar Foundation made its London debut last week, staging a charity fund-raiser in the British capital with runway shows by Agent Provocateur and Atsuko Kudo.

The charity aligns itself with lingerie firms in order to raise money for microfinance to help impoverished women set up businesses. In the past, Seven Bar has staged fund-raisers in New York, Miami, Paris and Shanghai.

“Europeans definitely do it better,” gushed Renata Mutis Black as she took to the runway at Old Billingsgate, the cavernous former fish market in east London, as the gala evening got underway. “This is the biggest thrill of my life to put this show together — it’s ladies’ night.”

Atsuko Kudo, which specializes in Latex designs, staged a show of its pieces, which were paired with Nicholas Kirkwood platform shoes.

Ten percent of all sales of the night were earmarked for the charity.

Pieces from the new Empowered by You lingerie collection also had a moment on the runway, with seven models showing off the designs. The collection is the first branded product to be created by the Seven Bar Foundation. It features second-skin Brazilian-cut thongs, with 20 percent from the sale of each panty to be donated to The Seven Bar Foundation.