The swimwear designer has her eye on expanding the eight-year-old brand into accessories and jewelry. 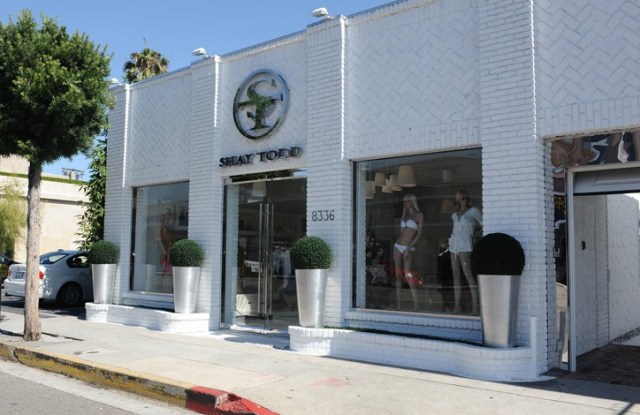 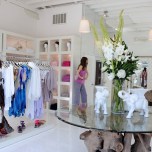 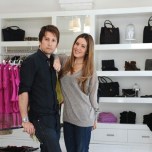 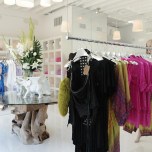 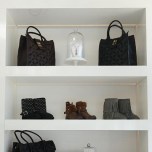 LOS ANGELES — Swimwear designer Shay Todd, who last month opened her first retail flagship at 8336 Melrose Avenue, has her eye on expanding the eight-year-old brand into accessories and jewelry. Known for fashion-forward suits such as the cutout one-piece worn by Paris Hilton in her infamous Carl’s Jr. commercial, the brand is sold in 300 stores worldwide.

Shay Todd has dabbled in retail, having shared a space with Manhattan Beach apparel boutique Bombshell from 2007 to 2010 and operated a pop-up store in the Mondrian hotel here in 2009.

The 4,000-square-foot white brick storefront faces the street and expands back into a private courtyard building owned by Todd and her husband, Shiro Gutzie, the company’s chief executive officer. The complex also houses their wholesale showroom. “The idea is to give customers the entire experience of the vacation lifestyle,” said Todd, pointing to plans to add a spa and cafe. “We want them to be able to get a blowout and a spray tan to go with their bathing suit.” With its stone-paved courtyard and shaded trees, the space offers a respite from the busy stretch of Melrose Avenue, where neighbors include Vivienne Westwood, Alexander McQueen and Marc Jacobs.

For now, the store’s mix includes limited edition handbags, jewelry and shoes from local designers in addition to swimwear and cover-ups ranging from $150 to $500, but Todd plans to design her own pieces next year.

“This store is a place where you can find one-off runway styles as well as our classic suits, and I’m excited to add to that,” said Todd.

Gutzie, who declined to give first-year sales projections, said the company plans to open four to five more stores in the next 20 months in cities like New York, Miami and Las Vegas.

“They won’t be identical. If we find a great spa space, for example, the emphasis will be on that,” he said.