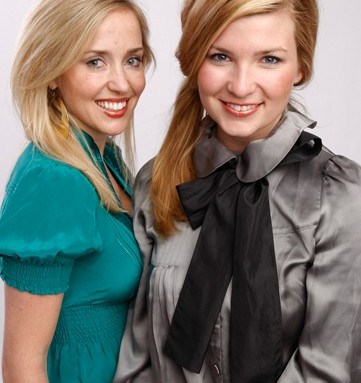 With the recession impacting scores of innerwear manufacturers and retailers, designer companies face the challenge of how to remain innovative yet stay afloat.

Following a year of dismal sales at retail that included several bankruptcies such as Mervyns, the worst holiday selling season in three decades and a number of major and midsized companies scaling back costs across the board, designer firms that rely on cutting-edge creativity are bracing for a difficult first half.

A main cause for concern is that many brands, large and small, are being eliminated from the matrix at large department and specialty stores, while boutiques across the country struggle to stay afloat. There’s also the reality that consumers are buying basics and lower-priced or marked-down goods instead of upscale items, and industry executives are complaining that as credit lines are frozen they have to contend with retailer demands for aggressive markdowns and penalty fees.

As layoffs continue to mount, one respite for independent designers and design students is that more companies might be willing to take on more internships and entry-level employees, said Roz Harte, a director of The Underfashion Club, a industry organization that has raised $500 million for student scholarships, internships and guidance in the intimate apparel field. The internships, 15 to 20 a year, provide creative talent as companies continue to downsize, said Harte.

“The industry is most receptive to interns who gain experience and very often become part of the company’s staff. They’re there to learn and work, and be taken on as a start-up employee,” said Harte, noting that innerwear companies that actively participate in the internship program include Wacoal America, Vanity Fair, the Komar Co., The Carole Hochman Design Group and Invista Inc.

She added that the organization provides stipends for the interns. However, Harte said this year will be “especially tough for design students. I’m worried for them. There will be the ones who survive and the ones who won’t.”

Nicole Rendone, an intimate apparel design graduate of the Fashion Institute of Technology, and associate designer of the licensed collection of Badgley Mischka Intimates at Ariella-Alpha, said she wanted to start her own company in 2006, but decided “experience was the thing to do.”

“A year-and-a-half ago, there were a lot of job openings, but now a lot of companies are offering more internships on an as-needed basis,” Rendone said. “There are not going to be too many options this year. Either designers and students will have to sacrifice for a long time or look for options in other areas. I have two friends who went into computer-aided design.”

Looking at the business environment for entrepreneurial firms, Wendy Glez, president, chief executive officer and designer of her eponymous $1.5 million company in Los Angeles, said dealing with major retailers has been “really tough” for spring.

“Consumers right now want to buy what they can afford and that’s the problem we are now having with Nordstrom because they too are changing their buying pattern,” said Glez. “Nordstrom is my biggest account. They want 50 percent off of wholesale. But I guess there are ways we can work with them. Then, there are stores that are demanding 20, 30, 40 percent off of net [price]. I don’t know how design firms can stay in business. I know a lot of designers who are afraid they’ll be going out of business because they don’t have the resources.”

Glez, who has been in business since 2001, does daywear, sleepwear and bras by Wendy Glez, Wendy Glez Black Label and Wendy Glez for Anthropologie.

Leigh Bantivoglio, who started her lingerie company in 1998 and closed her doors last summer, said, “We knew this would be happening. I got out of the business because it was a personal choice. At the time, even with stores like Neiman Marcus and Saks Fifth Avenue, there was always the thought: Are they going to buy this season? Even with good sell-throughs, they were always haggling over price points. Retailers were asking, ‘Can you spread out deliveries over several months? Can you take 30 percent less as a discount? Will you take 50 percent off delivery?’ Or they would e-mail me and say, ‘I can’t take your delivery,’ which I had already paid for. There were always delivery issues hanging over my head. Now, it’s really scary. If I had stayed in business, I probably would have been forced out.”

Samantha Chang, a designer of ready-to-wear and lingerie since 1992, and also a sales representative in New York at Showroom 1122, said retailers are making drastic changes in planning and buying.

“I think all of the stores are making adjustments in order to cope,” Chang said. “The credit crunch has dramatically changed the behavior of the consumer in a very short time, which is tough for big and small retailers to cope with, since merchandise is bought four to six months in advance. Consumers are downgrading their spending, so it is reflecting instantly on retailers. I think big and small retailers will continue to work with performing brands and categories, and add some newness from new brands that have the right price and the right styles.”

Chang represents brands such as Belabumbum, Hope Lingerie, Else Lingerie and Dream by Samantha Chang.

Addressing the issue of creativity, Sibel Mesta, who launched her first lingerie collection bearing her name in 2008, said, “With the economic challenges, everyone has been cutting back on expenses and vendors. At first, I was very worried that it would limit my designs, but it has actually forced me to be more creative. When given a limited budget, I realized that I have to maximize use of all my resources and create more for less without ever compromising quality. Since we manufacture in small quantities and in small workshops, last-minute orders are not a problem for us. As long as we get the fabric in time, we welcome any orders.”

Maayan Zilberman and Nikki Dekker introduced The Lake & Stars lingerie brand in 2007. The co-presidents and designers said, “We wear all hats, from production and development to sales and [public relations].”

“Our biggest challenge so far in being a small company is our lack of staff members,” said Zilberman. “While it is lingerie, many of our pieces cross over into ready-to-wear, without overtly referencing the boudoir, and can be worn out of the bedroom. What’s interesting about the shift in the lingerie market in the last few years is that designers can cultivate their own aesthetic, and there is a place for everyone.”

Regarding changing buying patterns, Dekker said, “Though we don’t overcut much on our collections, we always do what we can to accommodate last-minute orders. With this economic climate, it’s definitely important to keep the lines open and to maintain relationships. We recently delivered exclusive colorways to Hong Kong retailer Lane Crawford and we are having conversations with other fashion brands about future collaborations.”

Kim Willson cofounded MMK Brands with Morgan Harbin in 2005 with a line of undies called Passport Panties, which started out with panties merchandised in a package that looks like a passport. The collection sells to 500 department and specialty stores. The company is expanding into shapewear for spring.

“Although retailers want to unload some brands, they do want new things,” said Willson. “We’ve offered consignment items to many accounts and we’ve often found when retailers do it on consignment, they commit after seeing the product is selling. It’s a way for us to get into the door.”