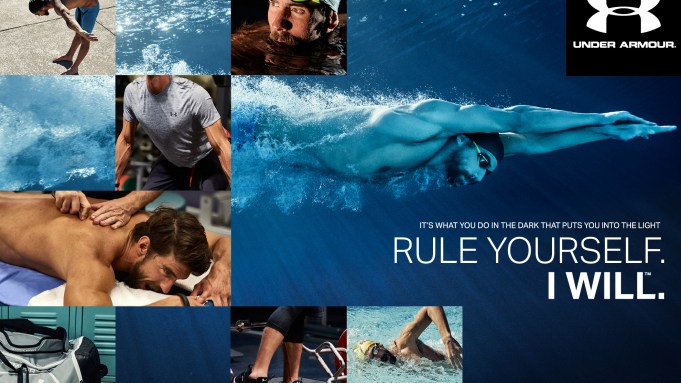 Olympic fever is starting to build.

On Tuesday, Speedo unveiled the swimsuit technology its athletes will wear during the Summer Games in Rio de Janeiro this August. Called the Lzr Racer X,  the men’s and women’s models feature compression for reduced drag, seams designed to support the muscles, laser-cut straps, stretch to allow movement  and quick-dry properties.

In Rio, Speedo’s sponsored athletes – who include Missy Franklin, Ryan Lochte, Natalie Coughlin and Nathan Adrian – will be wearing similar suits, which will be unveiled closer to the games, that will feature a red, white and blue pattern with a gold seam intended to mimic the color of the winning medal. “No pressure,” said Kate Wilton, senior director of merchandising and design for Speedo, with a laugh.

Other non-sponsored athletes may also opt to wear the suits, she said, since swimsuits are considered a personal choice and are left up to the individuals.

For those not fast enough for the Olympics, Speedo is offering the suits to the public, Wilton said, with the women’s model retailing for $500. For the fitness swimmer, Speedo is offering a Lzr Fit series of suits that have similar properties but in a knit rather than a woven.

The company is also making patterned parkas, and track jackets for the athletes and public to wear when they’re not in the water.

The patriotic theme will make an appearance in Speedo’s Red, Bright and Blue Collection, an assortment of swimsuits, sportswear and gear that is intended to show support for the athletes and the Games. This includes a collection of “fan gear,” such as T-shirts emblazoned with the names of the participating swimmers. Wilton said Lochte was the most popular during the last Games, “but we’ll see how close Missy [Franklin] will get.” Updated goggles, swim caps, kick boards, fins and buoys are also being offered.

Speedo’s most colorful offering tied into the Games is the Rio Collection, which features neon colors and bright patterns on one- and two-piece swimsuits, T-shirts and other pieces, including tiny briefs for men. “There’s going to be a shock factor for guys,” she said.

Also on Tuesday, Under Armour unveiled its uniforms for the USA Gymnastics, USA Boxing and Canada Rugby teams at an event at its Baltimore headquarters. The company used the venue to showcase the latest commercial in its Rule Yourself campaign. This one features Olympic swimmer Michael Phelps training and recovering from his grueling workouts. Earlier iterations of the commercial featured the USA Gymnastics team as well as Netherlands soccer star Memphis Depay.