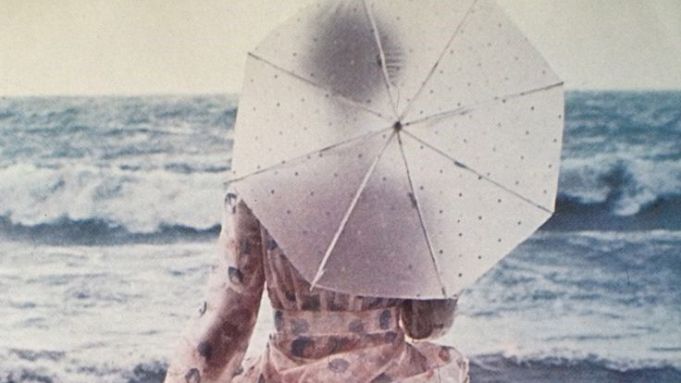 LONDON — Veteran British clothing retailers Stephen and Janie Schaffer have big plans for Fiorucci, which they acquired in June from Edwin Jeans. Edwin, a division of Itochu, had owned the Italian brand founded by Elio Fiorucci since 1990.

In an interview, the Schaffers said their plan includes shops, a wider assortment of clothing — and introducing the brand to a whole new generation. Fiorucci founded the brand in 1967 and died in July this year.

“Anyone over 40 has incredibly happy emotional memories about Fiorucci, but anyone under 40 has almost no recognition of the brand at all,” said Janie Schaffer.

“Elio’s look was all about embracing the female form in a very respectful way. We found an archive campaign picture from the early Seventies of a woman’s naked bottom with just a Fiorucci label on one cheek — it wasn’t salacious, just sexy — so we’re going to have a focus on the bottom,” she added.

She also called Fiorucci a visionary for moves including putting stretch into denim because it was more flattering to a woman’s figure, for his lifestyle concept store that combined art, music and fashion and for his democratic price points. “You could almost go into the stores today and they’d still seem fresh,” she added.

The Schaffers, who declined to reveal the value of the deal, have just begun the design process, and plan the launch next autumn with a “taster” of a full collection. There are also plans for collaborations with artists and musicians in the spirit of the brand’s founder.

They plan to open the first store in London in late 2016, followed by outposts in New York, Los Angeles and Milan, where they are considering the possibility of opening a permanent museum to show off pieces they’ve uncovered in the brand’s archive. This could potentially happen for the 50th anniversary in 2017.

They have just signed a lease on a property in London’s Soho, where they will set up the new Fiorucci design studio, but they will keep the Milan headquarters, where the archive is located.

The stores, they said, will have a kind of “Disney” quality. “It needs to have a sense of being a playful place, a bit like Victoria’s Secret, where you might go to play and explore, even more than you’d go to shop,” said Janie Schaffer.

The Schaffers met at Marks & Spencer in the early Eighties and founded the high street lingerie brand Knickerbox in 1986. Janie Schaffer later worked at Victoria’s Secret as chief creative officer and returned — very briefly — to M&S two years ago.

“We had been in talks with Edwin for many years about Fiorucci. We loved the brand and what it stood for,” said Stephen Schaffer. “I think they had bought the brand, possibly, to be the women’s [counterpart] to the men’s business, but they really didn’t do much with it in 20 years. Ultimately, it is a European brand. It felt like it lost its soul a bit when it went to Japan.”

They said the new Fiorucci would offer denim, shorts, trousers and underwear. “There are thousands of pairs of jeans in the archive, hand-painted, with vintage detailing and great shapes. There’s certainly space to reissue some of those archive styles but, overall, we are looking forward with new fabric technologies, treatments and silhouettes,” said Janie Schaffer.

The brand will also offer handbags, accessories and shoes, possibly in collaboration with another designer or label.

Janie Schaffer said that they had yet to decide on price points, but they want the offer to be accessible. “I want everyone to be able to shop there, but I would also like us do some special things in denim or leather that would require a higher price,” she said.