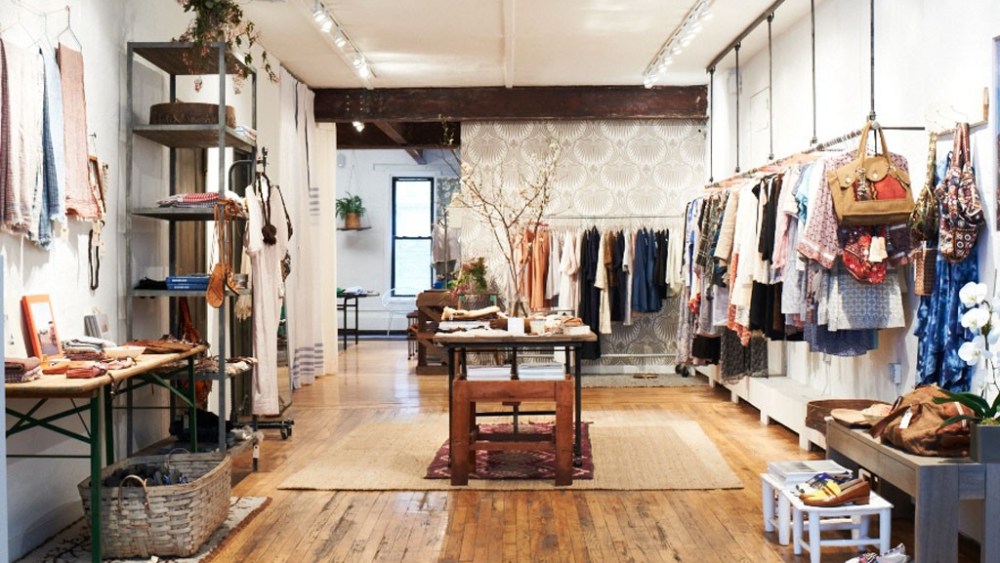 Americans are in a vacation state of mind, and retailers are capitalizing on it by opening year-round resortwear stores and Web sites.

Though most are located in vacation destinations, they’re also popping up in cities with access to a steady clientele of jet-setters and burned-out professionals who reboot regularly on long weekends from Miami to Costa Rica. Here are four of the newest.

“The most compliments I ever got on a piece of clothing was for a lace peasant blouse that cost a couple bucks in Mexico,” said Beattie, who came up with the concept after being frustrated by the lack of swimwear in New York stores during the fall. “Warm weather travel isn’t limited to spring break and summer anymore.”

She’s an equal-opportunity vacationer, though: Come fall, the store’s beachy decor of sea urchins and sand transforms into a ski cabin stocked with cocoon knits and Peruvian blankets. She keeps a tropical section, however, for last-minute, tropical getaways.

• To accommodate trunk show overflow, Key Leaf, a print-driven collection of swimwear, and silk dresses, rompers and scarves from London, will test the retail waters with an appointment-only showroom in Notting Hill in September. Its seasonless, sunny looks mainly appeal to balmy locales like Pink Sands Resort in the Bahamas and the brand’s freestanding store in Palm Beach, Fla., but northern regions are adapting them with sweaters and leggings. Co-owner Adriana Chaparro Pignalosa reports resortwear took off much faster when launched last year than swimwear in 2008.

“It’s what people live in now, and the versatility and price point [compare well] to designer fashion,” she said.

“Resortwear is glamorous, sexy and bronzed. It makes you want to go to St. Barth’s immediately,” she said.

• Even if there’s not a specific store specializing in resort in a smaller city, shoppers can turn to the Web during resort’s off-season. In June, Ishine365.com launched with Maya, Lolli and Kai Lani swimwear, as well as resort pieces from Lovers + Friends, Aila Blue and Indah.

“We get around fall collections by writing lines based in Argentina or Australia where the seasons are opposite,” said cofounder Katrina Silva, who also stocks merchandise from One Teaspoon in Sydney. “We were surprised by how many orders — 40 percent — are coming in from the Great White North and New England.”