Taking Cashmere to the Active Realm 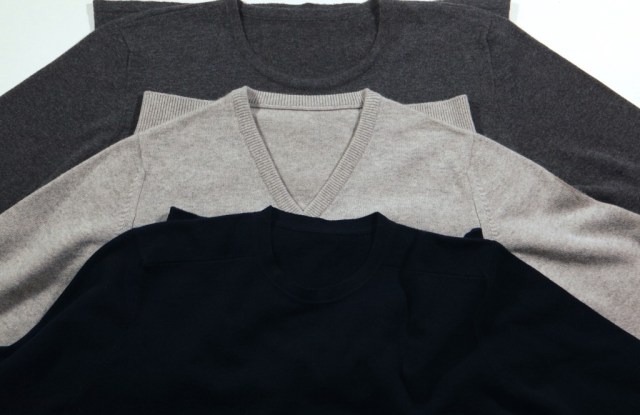 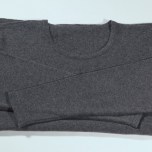 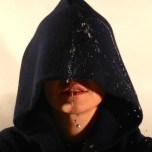 NEW YORK — Brothers Roy and Danny Hakimian want to take cashmere from a luxury staple to a lifestyle choice.

“We started out developing the specific product almost three years ago,” said Roy Hakimian, noting that their father, Khosrow, had long made upscale knitwear with Todd & Duncan.

Active Cashmere is meant to be a next generation performance-based cashmere that is water repellent and durable, blending quality and function by utilizing an innovative fiber treatment process that enhances the cashmere’s natural qualities. Hakimian said the idea of Active Cashmere came from his brother’s desire to wear a cashmere sweater on the ski slopes, while he liked to wear his all day long, which tended to limit the life of the garment.

He explained that while wool has inherent waterproof characteristics, typical cashmere, due to a more open weave, is more absorbent and delicate. In partnership with Todd & Duncan, DanRoy has developed and tested an eco-friendly polymer treatment that reinvents the way cashmere is used and worn.

“What we’ve done is created a very tight knit structure, so the garment is much less likely to absorb water and in addition, the process we developed makes it completely water repellent and washable,” Hakimian said. “This has been tested over 60 times. We conducted a year of wear trials to make sure this is the ultimate garment. We’re bringing cashmere to a lifestyle element, to a new category.”

The tight knit construction also reduces the garment’s likelihood of pilling and helps maintain its shape and form, as well as making it machine washable when following instructions. Using a “shower-proofing” technology, Active Cashmere is water-resistant, eliminating absorption, dampness and the likelihood of staining, while maintaining dryness. This plays to the lifestyle approach of the line, with the pieces aimed to be worn underneath ski attire in the winter, as golf attire in the spring, atop surf attire in the summer or as day-to-day wear for business and leisure.

Adding technical attributes to a fiber generally considered luxury, such as cashmere, is a burgeoning trend. Kit and Ace, which was founded by the wife and son of Lululemon founder Chip Wilson, also showcases a “luxury-technical fabric” trademarked under the name Qemir that is a proprietary blend of cashmere, viscose and elastane. Online activewear e-tailer Qor also offers performance cashmere tops.

The debut collection of Active Cashmere by DanRoy will feature wardrobe staples including a cardigan, hoodie, crew neck, scarf and long-sleeved and short-sleeved T-shirts, all available in Todd & Duncan’s diverse color stock of 165 shades and 18 seasonal mélanges and various weights. The line wholesales for $290 to $820.

“We’re meeting with retailers and brands to either do private collections or collaborations,” Hakimian said. “We’re open to working with creative people and luxury brands and exclusive boutiques. The interest we’ve gotten should lead to pretty good quantities, but we want to launch it the right way. We’re hoping to have a few good retailers and brands in the U.S. and U.K. to work with, the goal being hopefully to have a presence here and abroad, in Asia and Europe.”

A few of the Active Cashmere core collection pieces — a hoodie, T-shirt and two scarves — were featured in the Sons of William show last week during New York Fashion Week.