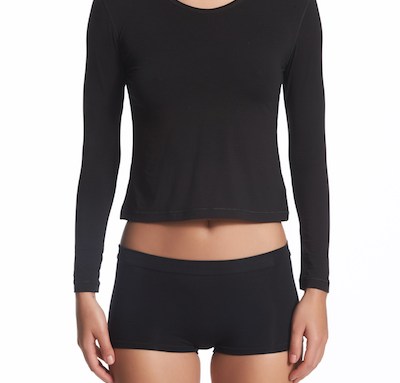 Luxury underwear is a small niche with few players, but the market has room to grow significantly, according to Adam Dinkes, president of Tani USA, the Hong-Kong based luxury underwear and loungewear manufacturer.

Last month, Dinkes introduced Tani women’s to the U.S., to augment the men’s offering that has been distributed in the States for the past two years. He describes the target customer as “the companions for the male customers we already have….There’s also a similar demographic — 18 to 35 years old. The products are all complementary.”

Tani women’s and men’s products share the same fabrics, colors and design aesthetic — simple and clean and no hidden pouches or panels. Tani has been promoting its basic women’s collection on its Web site, and this month will launch its first spring collection. The company is planning to have its online retail partners based in the U.S. selling the men’s underwear also carry the women’s products in the next three months. The brand in the U.S. is primarily sold via Amazon, Gilt and MyHabit as well as on Taniusa.com.

Dinkes says he’s seeking to expand Tani’s wholesale distribution in the U.S. to certain luxury retailers and considering freestanding retail boutiques in the future, though nothing is set.

Abroad, Tani’s retail distribution is advanced, with a total of about 450 stand-alone and shops-in-shop in Asia and Australia, as well as a handful of shops-in-shop in Europe and the Middle East. Tani, which in Japanese means valley, was started by Kenneth Tang 15 years ago. It’s a family-run private label manufacturing business in Japan, providing premium products for its own shops and such clients as Hugo Boss and Dsquared2.

Dinkes suggests that luxury underwear can be an easier sell to women, rather than men who have more of a learning curve. Some men and women would regard high-quality luxury underwear as a novelty or special occasion item, and not something to be worn on a regular basis. Tani wants to change that, though Dinkes does see a learning curve. “Women know quality and are used to paying for quality,” he says. “For men, it’s been a bit of education. But there clearly is an opportunity to sell to guys who want something that is nice, comfortable and more durable.”

Tani has two women’s collections. The SilkCut collection is knit in Europe with the Micro Modal Air fabric, which is thinner and stretches, wicks away moisture, feels softer than silk and is made from sustainable resources in Austria. The collection has basic colors including black, white and gray, and seasonal fashion colors and prints. The spring collection panties have sheer waistbands that have the subtle and sophisticated characteristics of lace but are sheer elastic. The line includes tank tops, priced at $60; loose V-Neck shirts, $75; “shorty” panties, $35; leggings, $75; hip-hugger panties with the sheer waist bands, $40; long-sleeve shirts, $65; hip-hugger panties, $30; camisoles, $50; slips, $95; leggings,$75.

On the more basic side, there is the Swisstouch cotton collection made with Swiss Cotton. It includes camisoles, priced $75, and hip-hugger panties, $50.

For Tani in the U.S., “The majority of our customers currently are men buying for themselves,” Dinkes says. “But because the women’s line is selling well in other countries it makes sense to offer it here. It’s basically a no-brainer. I still think the primary focus will be men’s. The reason we see our products resonate with a younger generation is because they’re relevant. We are current. We are a young company and to be innovative in underwear is challenging. We do it through special fabrics or construction and various fits.”