The hostess of the “Up All Night” TV series on the USA Network in the Nineties is expanding her lingerie label into a global brand. 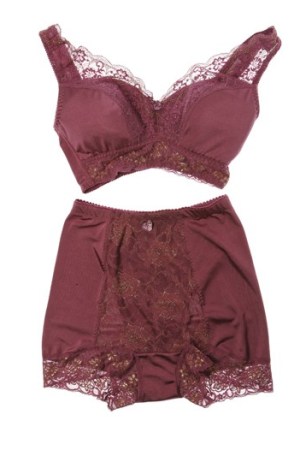 Rhonda Shear, the campy hostess of the “Up All Night” TV series on the USA Network in the Nineties, is expanding her lingerie label into a global brand.

Shear, a former Miss USA and Miss Louisiana beauty queen whose career includes acting, stand-up comedy and modeling for Playboy magazine, became a lingerie entrepreneur in 2002 when she launched her first lingerie item, called the Ahh Bra by Rhonda Shear, with HSN. So far, more than five million allover seamless Ahh Bras bras have been sold worldwide. The lingerie collection has since expanded to include corsets, shapewear, underwire bras, negligees and robes. Plans are to launch a line of branded T-shirts, hats and hoodies by 2012.

The newest development is a deal with QVC U.K., which will be initiated in September. Shear is the spokeswoman for Ahh Bra informercials, which began airing in 2010 in 23 countries, with subtitles in languages ranging from Arabic to Japanese. The international ventures are expected to help bolster annual sales at Shear Enterprises LLC to $100 million by the end of 2012.

Shear says she came up with the idea of the Ahh Bra because of busty women like herself who wanted an allover comfortable bra. “I got tired of being trekked up and pulled up throughout my showbiz career,” quips Shear, who started out in Hollywood as a dancer for Bob Hope.

Regarding future showbiz plans, Shear said she and her husband, Van, own the rights to the “Up All Night” title, a late-night TV venue that featured Shear in big hair, push-up bras and baby dolls reclining on a pink heart-shaped bed as she discussed the merits of cult movies like the “Attack of the Killer Tomatoes,” “The Bikini Car Wash Company” and “Cannibal Women and the Avocado Jungle of Death.” Shear plans to run a Web-based “Up All Night” series that includes 400 vintage shows by 2012.

WWD: How did you get into the lingerie business?
Rhonda Shear: My husband has always been in the software business, so I asked him to create a Web site for my lingerie business, rhondashear.com. I tell viewers on HSN, “When you keep the Ahh Bra on, it feels like a great sigh of relief.” I also have a pinup girl panty that has a Betty Grable look called Sheer Control, and it sold out when I first introduced it. HSN wanted us to go on the air more because they were buying very deep and keeping things in stock.…It was great. How many companies get to test their products on a major network, and where else can you sell 2,500 units in five minutes? We have four Today’s Specials on HSN a year. In January, we sold 85,000 units of four-packs of bras for $39.90 each in two-and-a-half hours. It was our biggest Today’s Special to date.…We recently did a five-pack of Sheer Control panties for $39.90.…Obviously, $39.90 is the magic number.

WWD: What’s your design process?
R.S.: I’m always using newer finer yarns and fabrics. You get instant feedback going on the air, and customers help me design my line. It’s like being a stand-up comic.…I’ve been designing since I was four years old with my Barbie dolls. But coming from New Orleans, with the incredible costumes for Mardi Gras, and the beauty pageant circuit, I designed my pageant gowns. From an early age I had a pretty good idea of foundations, beads and trims and tricks of the trade.…On “Up All Night,” I would wear these silly, crazy outfits, very Marilyn Monroe, Jayne Mansfield and “I Dream of Jeannie” looks.

WWD: How did you get your start in entertainment?
R.S.: I met Bob Hope in 1974 when I was on a cattle call standing in line with 1,000 other girls waiting to audition. It came down to 50, then 25 girls, and I found myself standing in front of Bob Hope. He asked me, “What can you do?” And I thought, I’m a dancer, and I kicked up my leg and my shoe missed his head by about three inches. That got his attention. He laughed and told me I had a job.

WWD: What’s the best showbiz advice you ever got?
R.S.: When I was a stand-up comic, George Burns told me, “Keep it clean. If you want to be dirty, put it in the minds of the audience.”