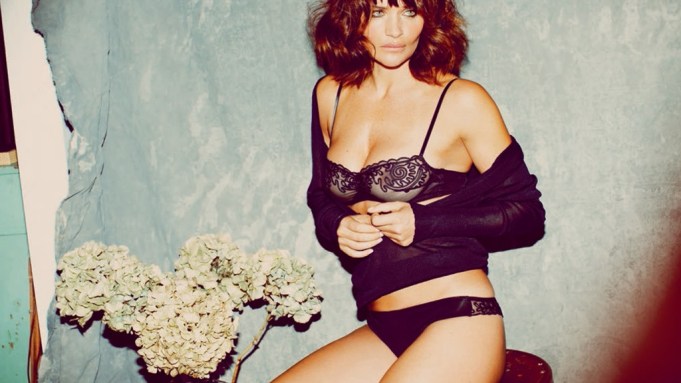 Triumph International, the world’s largest lingerie company, has its sights set on the U.S. market.

The $2.1 billion underwear and bra specialist, whose brands include Triumph, Sloggi, Valisère and Hom, plans to open its first Triumph stores in the U.S. at the Walt Whitman and Roosevelt Field shopping malls in Huntington Station and Garden City, N.Y., respectively, this month. A third store is slated to open in New Jersey in early 2014. Triumph products will also be available on a Web site for U.S. consumers in November.

For German-based Triumph, which operates 2,000 Triumph stores and sells its products to more than 40,000 department and specialty stores worldwide, the U.S. debut is the newest phase of international expansion, said Markus Spiesshofer, chief executive officer, managing partner and a member of the founding family that created the company in 1886.

“Our tradition has always been innovation and our history is one of progress. Introducing ourselves to the discerning American consumer and treating her to the perfect cutting-edge designs, fit and quality of our lines is a natural development in making our brand available and accessible to women around the globe,” said Spiesshofer.

Triumph made its first concrete steps in the U.S. market in late 2012 when it acquired a controlling stake in New York-based Journelle, a specialty retailer of upscale lingerie that operates three stores in Manhattan. At the same time, the Munich-based innerwear giant purchased Mexico’s Vicky Form, a lingerie manufacturer and specialty retail chain.

Asked how Triumph will position its brand in the U.S., Paul McAdam, the company’s general manager in the U.S., said the strategy is “aligned with our global positioning.”

“We recently updated our brand’s look and feel, as well as corporate identity. While in Europe the updated logo and accompanying marketing material will be introduced for spring-summer 2014, we will use the opportunity of our first store openings in the U.S. to start out right away with the new look and feel.…While our hopes and confidence are high for the American market, we choose a very measured approach, ensuring that the American consumer meets and experiences the brand in a holistic way. We want to earn her trust and respect, and we know this takes many good experiences,” said McAdam.

Regarding competition in the $14.5 billion intimates market in the U.S., McAdam commented, “We are not a boutique brand, and we make our premium product available at reasonable prices, starting at $38 for a bra. Our competitive prices are based on the wish to be accessible to many women, as every woman deserves to feel comfortable and beautiful in her own skin. We also believe that the intimate and private lingerie shopping experience will be greatly aided by our professional ‘Tailoresses’ [fitters] in our stores. This supports our philosophy of addressing the consumer physically and aesthetically, as well as addressing the emotional needs of our target consumer.

“Triumph has been crafting and innovating high-quality lingerie for over 125 years, and employs underwear designers across the globe that work in 12 R&D centers, developing and testing the latest in styles, colors, technologies and fabrics. Lingerie and shapewear is what we are good at and what we want to bring to our customers. As opposed to almost all other major fashion brands — be it apparel or intimate apparel — Triumph comprises the complete value chain in intimate apparel, from R&D to design, in-house production and multichannel retailing,” explained McAdam.

A sales projection for the U.S. business was not available, but McAdam did say the company has been in “constant stable growth over the years.”

“Despite the economic downturn, the last two years have reported a growth of .1 billion Swiss francs [$.107 billion]. The growth comes not only from our key markets such as China and Taiwan, but also in highly saturated markets such as Germany that had a 2.5 percent increase in 2012. This leaves us positive in our hopes for the future of the brand in the U.S.,” said McAdam.