The luxury collection is available at Bandier stores and web site.

A look from the new Ultracor x Christian Lacroix collaboration for Bandier.

Activewear is upping its game. It’s now a regular in the field of luxury.

The Ultracor x Christian Lacroix activewear tie-up, which drops in Bandier stores and on its web site on Wednesday, is one example. The collaboration marks the second time luxury activewear brand Ultracor has joined forces with the couture French fashion house. (The first was a collaboration last year with the now-defunct Barneys.)

This time around the limited-edition holiday capsule is comprised of leggings, sweatshirts and sports bras splashed with hues of neon pink, yellow, green and bright blue. 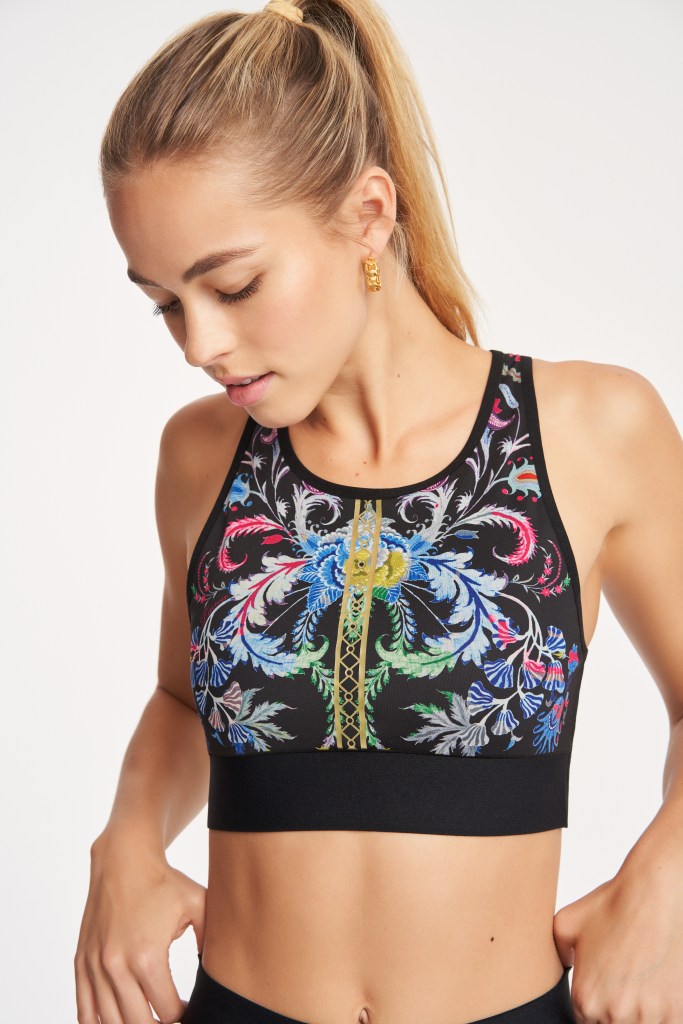 A look from the new Ultracor x Christian Lacroix collaboration for Bandier.  Courtesy

“There’s a lot of thought that goes into every single bit and piece of the garments,” Asha Kai, founder and chief executive officer of Ultracor, told WWD. “It isn’t just your everyday leggings that are out there in the moment.”

But Kai said they’re worth every cent.

“There is always a market for every level of price point; it’s just a matter of doing it in a way that that customer wants to purchase it,” she explained.

Technical features like moisture wicking, breathable fabrics, special stitching and hidden shapewear that smoothes out bumps and dimples while engaging the occupants’ core — not to mention the exclusive prints — add to the collection’s value. 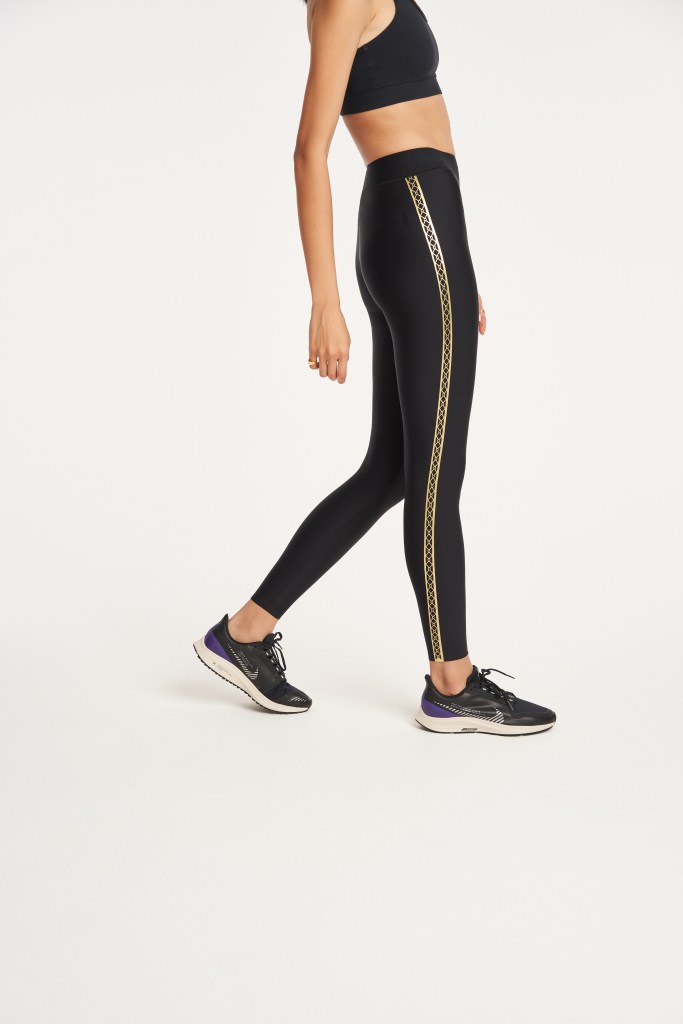 A pair of leggings from the Ultracor x Christian Lacroix collab.  Courtesy

“The price point of what people began at — when we first initially started — to where they’re at today, it really has shown that people are willing to and want to pay for a product if it’s done right,” Kai said.

“And the garments just kind of make you look your best,” she added. “If you’re going to be wearing something that’s skintight, why wouldn’t you want to wear something that makes you look better?”

In fact, fashion has been taking a cue from activewear and ath-leisure as of late. Take Lululemon’s recent design collaboration with luxury couture fashion designer Roksanda. Or Stella McCartney’s collaboration with Adidas. Nicolas Topiol, chief executive officer of Christian Lacroix, said this is something that consumers will likely see more of in the future.

As for the Ultracor-Christian Lacroix relationship, it began more than a year ago, and went so well that the pair decided to give it another go. This time around the fashion house is targeting shoppers at Bandier, the multibrand activewear retailer.

“Bandier is someone that speaks to the clientele that we’d love to be in touch with,” Topiol said. “We chose to go a route where we use our prints and our core and use Ultracor’s shapes. The prints represent the brand with its color and with its intricacies and flowers, which is something that is very much part of the DNA of Christian Lacroix.” 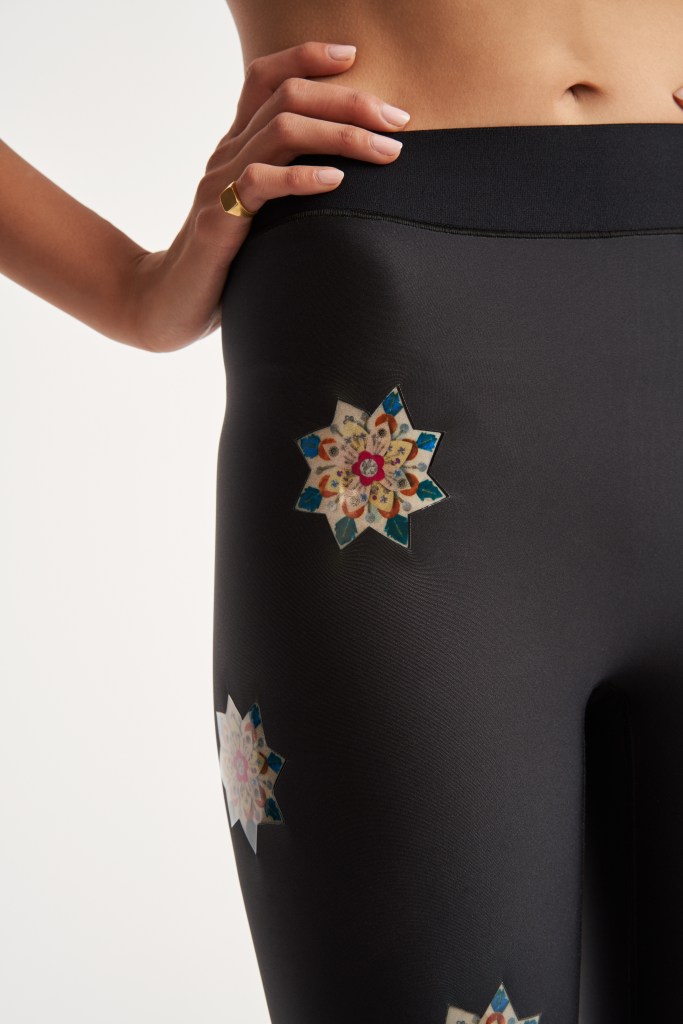 A pair of leggings from the Ultracor x Christian Lacroix collaboration.  Courtesy

But that’s not the only reason why the fashion house wanted to partner with Ultracor. Topiol said he likes the idea of working with products or in places that consumers wouldn’t normally expect. Like Christian Lacroix’s past partnership with Evian water. Or, with Valrhona chocolates.

“Ath-leisure is definitely something that as a brand we wanted to be associated with,” he said. “I’ve seen the rise of ath-leisure, this whole segment of the apparel industry, even though in Europe it’s not something that is as developed yet. And I like the tradition of the gym-to-daywear. I thought it made sense to associate a fashion brand to a product like this.

“It’s not a mainstream collection, but that’s what we like,” Topiol continued. “We like to be in a place where we start from the top. Ultracor is the top of the pyramid in this world. So I think it’s a great place to start. It also provides Ultracor’s core clientele with an opportunity to access our prints and access our brand.” 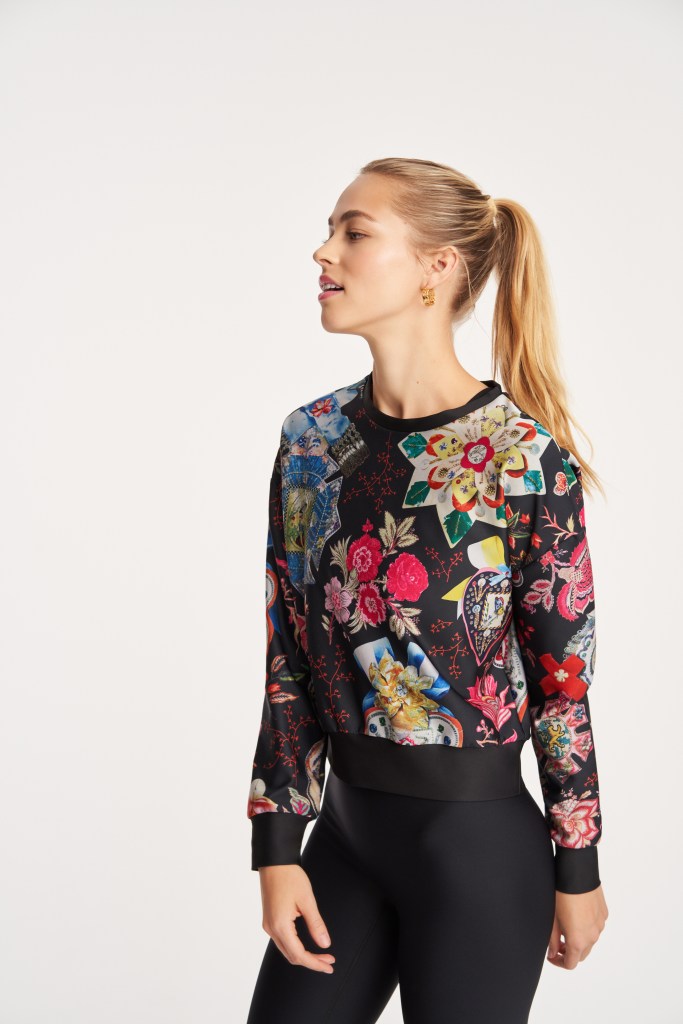 A look from the new Ultracor x Christian Lacroix collaboration for Bandier.  Courtesy

The initial Ultracor x Christian Lacroix collab is available on Bandier while supplies last. But Kai said the plan is to release a new collection each season, with new pieces, starting with the spring/summer 2020, which will hit stores in February and be sold at Selfridges London and Ultracor.com, among other retailers.

“We’re bringing back the nostalgia of Christian Lacroix and the beautiful prints that it has and kind of applying that to activewear,” Kai said.