Under Armour Seeks to Expand Reach in Sports Bra Space

The activewear brand will introduce a new Armour Bra Collection on Tuesday with low, medium and high support models. 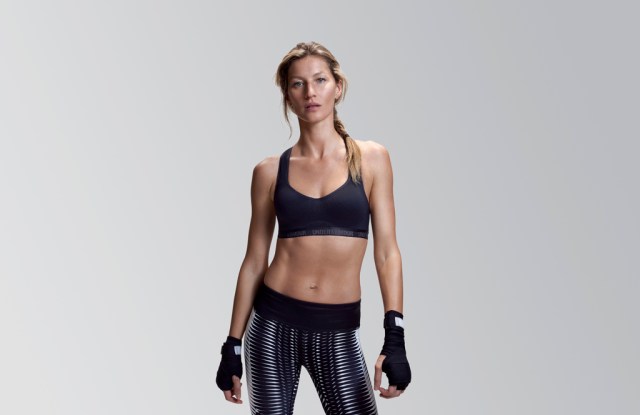 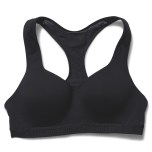 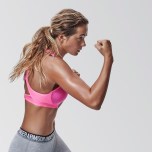 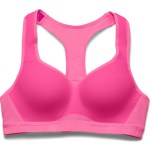 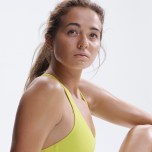 Under Armour is determined to create a closer bond with women, and the Baltimore-based activewear brand has chosen one of the most intimate ways to get that message across — through a new collection of sports bras.

On Tuesday, Under Armour will host an event in Los Angeles to unveil the Armour Bra Collection, a new line of high-, mid- and low-support sports bras designed to provide women with different levels of support for every activity.

The bra launch will be marketed as part of the company’s “I Will What I Want” campaign that was introduced last year. It will feature Under Armour athletes Lindsey Vonn, Misty Copeland, Kelley O’Hara and Brianna Cope as well as model Gisele Bündchen.

“Several years ago, Under Armour identified women’s as a major growth engine globally for the brand,” said Adrienne Lofton, senior vice president of brand marketing. The $15 million “I Will What I Want” campaign, which launched last summer, was the company’s largest-ever women’s marketing initiative.

“This is the second chapter,” said Lofton. This version of the campaign will be more focused on digital, retail and grassroots initiatives, with a digital film campaign launching in August. There will be no broadcast ads.

Under Armour founder and chief executive officer Kevin Plank has a lofty goal when it comes to women’s wear — to equal or surpass the size of the company’s men’s business. Currently, women’s represents around 30 percent of Under Armour’s apparel sales, or around $600 million. When the company went public in 2005, that figure was only 20 percent, or $260 million.

In its first-quarter earnings call in April, Plank reiterated the focus on women, saying the plan is to turn product every three to four weeks instead of twice a year.

He said the company is also benefitting from the ath-leisure trend among women. “We don’t see it slowing anytime soon, and we’re very fortunate for that,” he said.

He also pointed to the “I Will What I Want” campaign as an initiative that is helping to drive women’s sales by becoming more “relevant” and having more “meaningful conversations” with women.

The new sports bra push is designed to do just that, according to Lofton.

The sports bra market in the U.S. is sizable, according to a manufacturers report from the Sports & Fitness Industry Association, accounting for $289.7 million in 2014, up 2.9 percent over the year before. The category has been on a steady growth curve for several years, increasing from $253 million in 2009. SFIA doesn’t break down the leaders in the market, but in all things sports, the 800-pound gorilla is Nike, followed by Adidas and the other leading sporting goods brands.

As Under Armour sets its sights on challenging Nike and the others, the launch of the new sports bra is considered a big move, and creating an emotional connection through the use of the brand’s marquee faces is key to the strategy.

Each of the Under Armour athletes featured in the sports bra ads will have her own distinct phrases that refer to her unique personal struggles, but the phrases are intended to connect with all women. For Vonn, America’s most decorated downhill ski racer who came back from two career-threatening knee surgeries to once again top the podium at the World Cup, her mantra is: “I will be doubted, I will be underestimated, I will not be restricted.”

“Sports bra campaigns can be pretty vanilla,” Lofton said. ”But this will be about crushing your workout and your life.”

“I Will What I Want” is designed to “leverage power and emotion,” she added. Perhaps the best known of the ads featured Copeland, who was recently promoted to principal dancer for the American Ballet Theater, discussing the hurdles she overcame as a taller, African-American ballerina.

“It’s all about pushing through and never stopping,” Lofton said. The first year of the campaign was more about empowerment and less about product. But this iteration will focus more on the bras themselves.

Lofton said everything in women’s athletics “starts with the sports bra.” By creating a product that is comfortable and supportive, it “eliminates the distraction and makes her feel great” instead of worrying about chafing, bouncing or other issues that can impact performance.

The Armour Bra Collection’s high-support version has been tested extensively by Dr. Joanna Scurr at Portsmouth University, the acknowledged authority on breast health and bra mechanics, and it was ranked tops in the market, Lofton said.

When the digital campaign starts on Aug. 4, the company will initiate a conversation about choosing the right bras to ensure proper breast protection and to inform women that the life cycle of a sports bra is two months.

Unlike many of Under Armour ads, which are “loud, bold, colorful and aggressive,” Lofton said these will “strip away the distraction” and use neutral tones and focus more on the “product and the story.”

The low, designed for yoga or walking, offers moisture management and stretch and a skinny backstrap. The mid-level is targeted to cyclists or boxers and has a classic racer back. The high-impact model offers molded cups, a mesh back panel and gel-lined strips with a hook-and-eye closure in the rear.

The bras will retail for $24.99 for the low support, $24.99 to $29.99 for the mid-level and $54.99 for high. Lofton said that the prices are competitive with the other brands in the market and she believes the high-impact version is “the biggest opportunity.”