Varley is upping its game.

The fast-growing women’s activewear brand has secured $5 million in investments, which the company plans to use for product development, including moving into new categories, redesigning the web site and hiring additional staff.

“Women are definitely adopting the performance fashion lifestyle,” Lara Mead, cofounder of the brand, told WWD. “The majority of women now are doing some form of physical exercise. That doesn’t necessarily mean that they’re running marathons. But maybe they’re walking the dog or hiking with friends or going to a yoga class. We provide that performance outfit for her, whatever her activity is.” 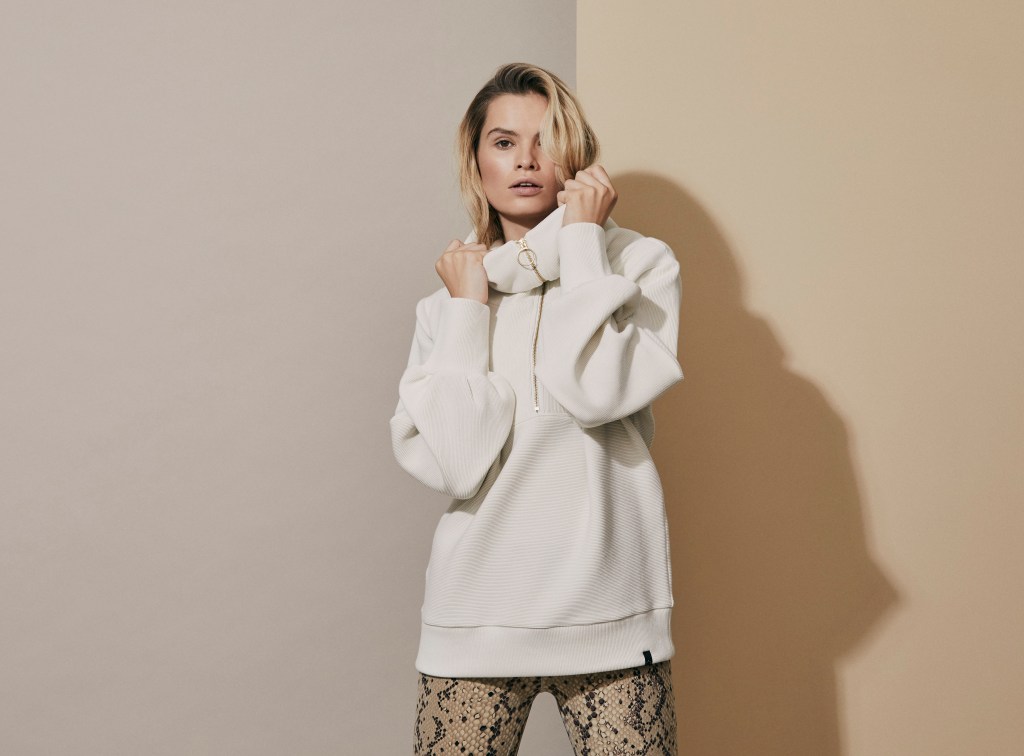 The investments were provided by two of Europe’s most well-known business leaders: Ron Dennis and Anders Povlsen. But Mead, who cofounded the company with husband Ben Mead, said the demand for ath-leisure and activewear apparel has been growing all on its own.

The duo founded Varley in 2015 after taking a trip to California. It was there that they saw the health-and-wellness movements and ath-leisure movements taking off.

“Much more rapidly than it was in Europe at the time,” Lara said, and realized a hole in the European market.

“There was nothing really that we felt that translated to a European woman’s wardrobe,” Lara said. “Nothing that she felt comfortable wearing to [an exercise] class and then wearing all day long. And that’s what we saw was happening in America.”

Back in London, the husband-and-wife team launched the company with just three wholesale partners: Bandier, Carbon38 and Bergdorf Goodman.

“From there we just saw the business explode across the States,” Lara said.

The couple ended up opening up an office in Los Angeles to keep up, and now has headquarters split between California and London. The tiny company that began with just two people now has about 30 employees spread across two continents.

Varley is now available in roughly 800 outlets, in places like Anthropologie, Equinox, Neiman Marcus, Bloomingdale’s, Revolve and Selfridges in London, in addition to its e-commerce shop. In 2018, sales at Varley were around $6 million. So far in 2019, that figure has jumped to $8 million, selling $110 yoga pants and $85 sports bras.

“I think that’s just the nature of the way women are dressing and their lives changing,” Lara said. “Women want to be comfortable. They don’t want to get changed numerous times throughout the day. So if they are going on a hike, they are meeting friends for a class, or whatever it may be, they can then wear that wardrobe for the rest of the day, but feel put-together and smart. It’s almost like a uniform. They don’t have to overthink it about getting changed and putting their jeans on.”

Lara said Varley plans to use the additional funds to move into new categories, like outerwear and ski. They also plan to expand Varley’s staff with new managerial roles.

“When I discovered Varley, I realized immediately that it was a very special company,” investor Dennis said in a statement. “This business has the potential to be a world-leading fashion brand and I am delighted to become a chapter in that story.”