Although French women spent less on lingerie last year, visitors to the Salon International de la Lingerie said the sector would improve in 2010. 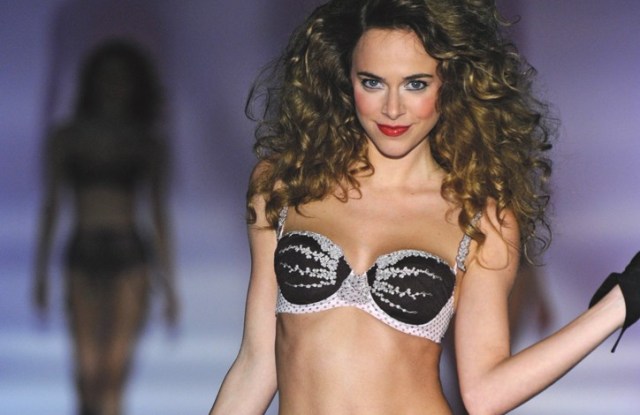 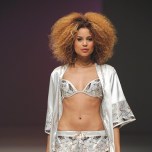 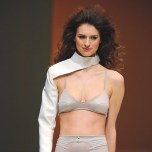 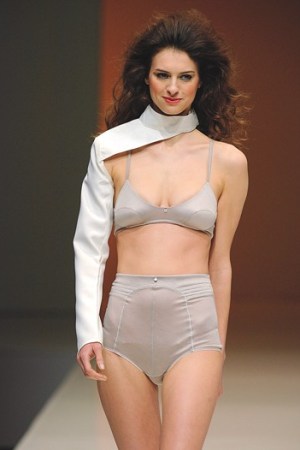 PARIS — Although French women spent less on lingerie last year, visitors to the Salon International de la Lingerie said the sector would improve in France and beyond in 2010, even as retail budgets remained tight.

Attendance at the three-day fair that ended Jan. 25 at the Porte de Versailles here grew 20 percent to 29,928 visitors, with 42 percent from France and 58 percent from other countries. After France, the biggest contingents were from Italy, Germany, Belgium, Spain and the U.K. The salon showcased more than 500 lingerie brands.

“A real optimism came out of the salon, which suggests we can envision good results for 2010,” said SIL project manager Cécile Vivier.

Lingerie sales in France for the first eight months of 2009 declined 4.5 percent to 2.5 billion euros, or $3.48 billion at average exchange, according to the Institut Français de la Mode. That’s less than the almost 6 percent decline estimated in ready-to-wear.

Vivier said this year looks more encouraging, with the IFM forecasting a decline of 0.3 for all apparel and textiles, compared with a 3 percent falloff in 2009.

Many brands plan to capitalize on lingerie’s moment on the rtw and couture runways.

“Lingerie is at the core of fashion today; it’s going to be a very good year for us for this reason,” said Adeline Desjonquères, brand director for Passionata and Chantelle, noting the lace bustiers from Chantelle’s line could be paired with jeans. “Consumers know you can’t buy just any look-alike lingerie because the fit is important, so they’ll come back to those who mix fashion and fit.”

Reflecting caution because of the still challenging global economy, brands such as Marlies Dekkers presented their collections in showrooms rather than in the reduced floor space at the fair’s venue, causing some retailers to complain.

“I am shocked that the fair is so small,” said Christiane Hugelmann of Hamburg-based mail-order business Bon Prix. “I’m asking myself if it’s worth coming again.”

Hugelmann also criticized the salon’s closed-off booth designs, saying, “I can understand brands don’t want to be copied, but it’s impossible to see the trends.”

Most retailers cited flat budgets or cuts of as much as 10 percent.

Erwin said she is targeting an 8 percent sales increase for its lingerie department, which will be revamped in July.

Carol Boyko, who was shopping for loungewear for her Ontario, Canada-based boutique, Bocana, said, “It felt like we were being tortured all year long, but we were actually only 2 percent down.”

Boyko said she was displeased with the salon’s offering for older women.

“So much loungewear is made of wool,” she said. “When you’re going through menopause, you can’t wear wool. And so many bras are sized in A, B, C and D cups. There’s a life beyond a D cup, especially in Canada.”

“The show is less innovative,” said Millis, who noted that despite a tight budget she found newness with London-based Dirty Pretty Things to add a more affordable offering in her otherwise pricey lineup of brands such as Eres and Bordelle.

“Balenciaga did it two seasons ago and so many brands, such as Princesse Tam Tam and Hanky Panky, are now doing the bandeau bra to wear under jackets,” Attwood said.

The salon confirmed a proliferation of brands offering shapewear, which is expected to repeat a strong 2009 performance.

The show’s Be Spicy section featured newcomers such as Dutch label La Decollete, which showed what it said was an anti-wrinkle bra — a Lycra spandex harness worn at night to prevent cleavage wrinkles.

For its 80th birthday, Lejaby unveiled a Heritage line featuring a retro night dress embellished with Swarovski crystals and a logo of its founding date, 1930.

“We want to use this iconic name, which has been around since 1922, to go out with one message rather than having many brands,” said senior vice president Patricia Royak.