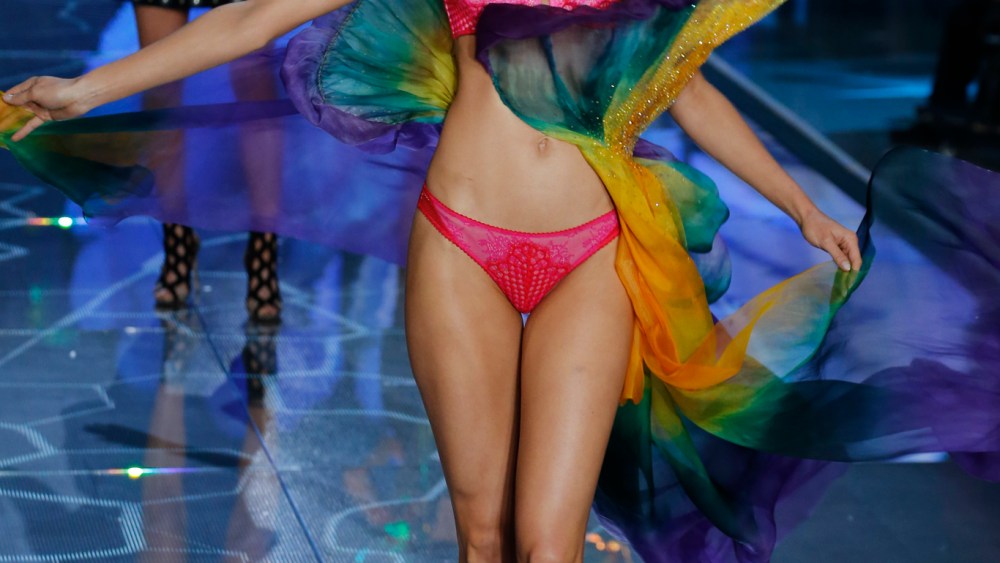 The Victoria’s Secret show, which took place in November at New York City’s Lexington Avenue Armory, was all about aspiration. But the broadcast, which aired Tuesday night on CBS, attempted to also bring relatability to the forefront.

Footage of the models walking the runway alongside performers Selena Gomez, The Weeknd and Ellie Goulding was spliced with behind the scenes shots that presented grounded, humble Angels who were thankful to be a part of the Victoria’s Secret franchise and had worked hard to get there.

In one scene the girls exchanged awkward childhood photos and in another the models credited their bodies to working out seven days a week and sometimes twice a day.

“I totally think we are athletes,” said Jasmine Tookes. “It feels like we are training for the Olympics.”

The camera cut to Kris Jenner in the audience — with cell phone in hand — when her daughter Kendall Jenner walked the runway for the first time. Victoria’s Secret also showed footage of Gigi Hadid, who was another new addition to the roster, finding out she made the cut and taking in the Empire State Building, which lit up in Victoria’s Secret pink on the day of the show.

Another scene showed Lily Aldridge and Martha Hunt rehashing their excitement about appearing in Taylor Swift’s “Bad Blood” music video and walking the runway at the pop star’s concert. Swift, who has become a pseudo Angel, didn’t perform, but a three minute Victoria’s Secret commercial that aired during the show featured her song, “This Love.”

On Twitter, Victoria’s Secret pushed GIFS and links to purchase the looks that just appeared on the runway.

The broadcast ended with a snapshot of the models and the performers posing behind a “Class of 2015” sign.