Leslie H. Wexner, the chairman and chief executive officer of L Brands Inc., is taking another sharp turn away from the apparel business. 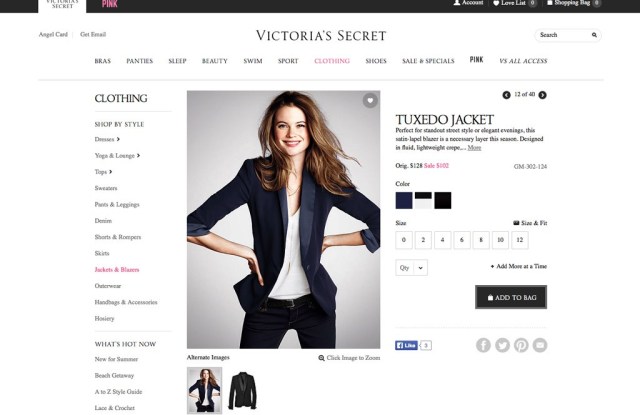 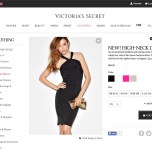 Leslie H. Wexner, the chairman and chief executive officer of L Brands Inc., is taking another sharp turn away from the apparel business.

WWD has learned that Victoria’s Secret will be narrowing its apparel offering by dropping most of its wovens, outerwear, denim and some of the dress offering as well. Hundreds of millions of dollars worth of revenues will be shed, with one apparel source estimating anywhere between $500 million and $750 million of volume.

In addition, the apparel cutback is expected to lead to layoffs, including possibly designers and sourcing staff. L Brands said it was too early to provide any figures on staff or volume reduction. Details are expected to emerge at the company’s next earnings call in May when officials elaborate on the strategy.

Changes to the Victoria’s Secret collection will begin being evident right away but most noticeably by next fall.

The decision to cut back, revealed internally at L Brands headquarters in Columbus, Ohio, on Tuesday, impacts Victoria’s Secret Direct. It does not affect the Victoria’s Secret stores, which stick to the core offerings. It also does not affect Pink, which targets college girls and focuses on sleepwear and loungewear including sweats, hoodies, leggings, shorts, yoga, T-shirts, tank tops and tunics, as well as bras and panties. Last year, VS Stores generated $5.2 billion in sales and VS Direct generated $1.5 billion in sales.

While revenues will be lost, Victoria’s Secret could make up the shortfall by redirecting its efforts. “We know we’re most successful when we remain focused on our core,” said Sharen Jester Turney, ceo of Victoria’s Secret. “As we look to double the business and continue our international growth, this alignment of apparel categories with the core attributes of Victoria’s Secret and Pink will provide a cohesive brand experience for our customer in stores, online and through our catalogue.”

As one source familiar with the company said, “Les already got rid of almost all the apparel. Victoria’s Secret was the only piece hanging on.”

The irony is that Wexner became a billionaire by building a retail empire founded on the apparel business. Wexner began with $5,000 and a single apparel store he opened called Limited in 1963. First-year sales soared to $160,000. Later, he started Express, then Limited Too, Structure and Bath & Body Works, and orchestrated a string of acquisitions including Victoria’s Secret, Abercrombie & Fitch, Lane Bryant, Lerner’s and La Senza. He catapulted Victoria’s Secret into a worldwide brand.

As the apparel business started to drag industry-wide, he spun off of all his sportswear chains to concentrate on the more lucrative lingerie and personal care businesses. Limited, Limited Too (which became Justice), Express, Structure, A&F, Lane Bryant and Lerner, which became New York & Co., were sold.

In 2007, just after vacating the apparel specialty retailing sector, Wexner said he was “delighted” with the change. “Brand loyalty to beauty and lingerie is very different than loyalty to apparel,” Wexner said. “Because of that loyalty, we get trial and repeat [business] in a way that apparel does not get. It’s a very different pattern of purchasing behavior. Both categories have significantly longer product life cycles and reduced markdowns, giving the business unusual characteristics and stability.…For substantial reasons, I am more confident than I’ve ever felt — tactfully and strategically.”

“We are focusing more on categories adjacent to bras, panties, swim and sport,” said one insider.

While L Brand executives said the restructuring will enable the team to maximize the core categories, the apparel source said once the Victoria’s Secret apparel disappears, so could some shoppers. “They could lose customers who bought the jeans and jackets and also bought the bras and panties.”