Global warming was the main topic at this year's ISPO Munich, where exhibitors and retailers lamented lower margins during an exceptionally mild winter. 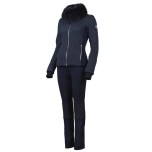 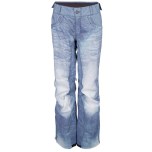 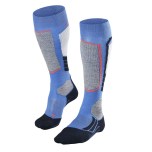 MUNICH — Global warming was the main topic at this year’s ISPO Munich, where exhibitors and retailers lamented lower margins during an exceptionally mild winter in Europe.

Industry executives said the milder weather is driving business toward the outdoor and performance categories, with base layers and lightweight, cross-purpose outerwear among buzzy items.

“For us, weather counts more than the economic environment we are in,” said Klaus Hotter, executive vice president of the winter sports division at Head, the Austrian ski equipment and clothing specialist.

“Italy was our best-performing market in 2013. We sold 27 percent more skis there because it was a snowy winter. But last December, which is an important month for retail, was too warm, with not enough snow. In total, we registered 30 percent fewer reorders throughout December and November. Apparel was stronger hit than hardware. We are about to recover from the incurred losses, but we are not there yet. The New Year started off well, but we need a strong season until Easter,” Hotter explained.

The executive noted that while professional, high-end products are bought early in the season, it’s occasional skiers, deterred by the mild winter, who have dented sales.

“It’s not that there isn’t enough snow on the slopes, there is always artificial snow if needed. But with unfavorable weather conditions, customers are not in the mood for skiing,” Hotter said, pointing to the company’s one-digit growth in 2014.

Weather did not deter visitors from showing up in record numbers for business — and parties — at the bellwether sporting goods trade show, which ended its four-day run here on Feb. 8. ISPO drew more than 83,000 visitors, including a number of high-profile athletes such as Michael Phelps, Philipp Lahm and Reinhold Messner.

“With a net surface of 104,940 square meters [1.1 million square feet] and 2,585 exhibitors [20 more than last year], the fair, which comprises nearly all big names from the international sporting goods world, was completely sold out,” said Klaus Dittrich, chairman and chief executive officer of Messe München.

Business was up or down, depending on region and category, with Germany and outdoor as the big winners.

The Federation of European Sporting Goods Retail Associations estimates that while the sporting goods market grew 1.5 percent to 7.3 billion euros, or $8.3 billion at current exchange, in Germany, in Europe it fell 5 percent to 35.8 billion euros, or $40.5 billion, battered by unfavorable weather conditions and high youth unemployment in some regions.

Winter sports slumped 19 percent, leaving the floor to outdoor, now accounting for 20 percent of the sporting goods market in Germany, which — along with Austria and Switzerland — still accounts for the bulk of business for many exhibiting companies.

The stands of The North Face, Patagonia and Luhta/Icepeak were among the busiest at the fair, as buyers were looking to stock up on outdoor jackets.

But as Jeremy De Maillard, vice president of marketing and e-commerce at The North Face, noted: “Outdoor is already growing a little slower. Athletic and performance — this is where the growth is, driven by ath-leisure, higher participation and younger consumers that are active more and all year-long.”

“The most important thing is not to bet all cards on one activity, but to have product that is apt for various segments,” agreed Norbert Sandner, sales manager at Patagonia.

Others, like German hosiery specialist Falke, were eager to grow their geographical footprint to reduce their dependence on Central Europe. “With 70 percent, it remains our core market. But we have rearranged our company structure in the Nordic counties, we are working with a new agency in the U.K. and have opened an office in the U.S.,” said Mike Kaier, manager of the brand’s ergonomic sport system division, set to boost its lesser known functional socks and apparel range.

Nearly every brand queried had a plan B up its sleeve.

“We are in the middle of a turnaround strategy,” said Billabong’s sales manager for Europe, Nicolas Burger. “Surf is still growing as an industry; all surf schools are full. Gym centers are developing fitness classes based on surfing because people find it inspiring, while Chanel and H&M let surfers carry their messages — this is a sign,” he said.

Burger noted the industry lived in a bubble for too long. “The golden years were at the end of the Nineties, early 2000s. Surf lifestyle became so trendy, we reached a size that did not reflect the real size of the market, and so in the last three, four years surf brands have suffered.”

The Australian company is now looking to become a 360-degree-brand via its ready-to-wear business which comprises the Surf+ line, an urban collection inspired by surf culture; the Garage line with a focus on denim and workwear, and the new adventure division, which pushes function in sportswear.

“Surfers today are not only wearing T-shirts and [drop-crotch harem pants],” explained Arsène Vellard, the brand’s men’s product manager. “And so the strategy is working.”

Orders for spring 2015 were up 3 percent, and for next fall Burger expects a 5 to 7 percent rise. “We also stopped working with dealers who just wanted to buy a price but not the brand,” he said, adding that the cross-training boom and ath-leisure trend have helped its women’s segment grow 15 percent year-on-year.

As a result, Billabong will open a new corner in Galeries Lafayette’s “well-being” department at the end of the month, with a matching capsule collection.

“Women’s is definitely growing, but it has to be a cross-purpose product,” confirmed Oliver Strickland, international sales manager at Lyle & Scott, a newcomer at ISPO. The Scottish knitwear specialist came to present its new base-layer collection done in merino wool, which was seeing strong demand at the fair, as buyers were looking for new, innovative items.

“Base layer is a fairly new category that was dominated by a couple of brands, and it is also inspired by ath-leisure. It’s not just about sweatshirts and hoodies anymore. It has to be practical and perform well,” Strickland said.

He said the product is suitable for running, golfing and cycling thanks to its moisture wicking and natural antiodor features, but noted that skiwear remained a big market for the brand. “We see big opportunity in Germany, Austria and Switzerland.”

Merino wool was also making a splash at the Mover stand, where ultra-light and breathable, yet warm and waterproof, wool anoraks and jackets were receiving orders. “This is our first season without any plastic in the collection — so no Gore-Tex, no polyamine, and the retailers love it, because they need an alternative. This is a very solid base for growth,” said Nicolas Rochat, owner and ceo of Mover, a high-end skiwear brand from Switzerland.

“The trend goes towards lightness,” observed Marco Zitzelsberger, buyer of apparel at sporting goods chain Intersport, which reported growth of 2 percent in 2014, as the team sports category (up 24 percent) and running (up 14 percent) offset the ailing winter sports segment, down 19 percent. “It’s too warm for some of the down products that we have seen here from companies like Fjällräven. Instead, we are looking for light, quilted jackets, Thermoball technology and wool as insulation.”

As winters are getting warmer, the buyer was scouting for items that would sell well between seasons, which made outdoor and performance attractive.

“We need both: outdoor for hiking and urban use,” he said, while warning that, with more brands moving into the latter segment, it was getting increasingly difficult to reach the target group. “At some point you start competing with the fashion industry and the share is getting smaller. In such case, functionality is a must, and that can be fashionable, too,” he said.

Independent retailers such as Easy Sports, based in Schöneich, Germany, were looking to differentiate themselves from bigger competitors. “For us it’s about finding something that is new and special. People are still willing to spend money on product they do not see on everybody else,” observed Andrea Hamann, the shop’s owner, who singled out Almgwand for its knitwear and was visiting Chiemsee, which was showing denim-look-alike prints within its slim-fitted

Hamann stressed the importance for indie dealers of staying personal. “Customer relations are top of our list. We organize a lot of events, invite our customers to go skiing with us and try out our equipment on the slopes. We take pictures and put them on Facebook. It has become so popular, last time we had to book a double-decker bus. This of course creates added value. You can’t just sell product, because people can buy that online,” she said, citing at least three brick-and-mortar sporting goods retailers in her area that are slated to close their doors this year.

Currency issues, meanwhile, plagued those brands with their own stores in Switzerland, following the Swiss National Bank’s move last month to unpeg the Swiss franc from a fixed exchange rate with the euro. “We lost 20 percent of our turnover in the Swiss business,” Rochat said. “Fortunately, we produce in euro. If we produced in francs, it would be very, very bad.”

Considering how close the borders are between the Alpine countries, Mover and many others had to lower their prices to match the euro level, which lost 20 percent against the franc, to keep customers coming.

“The Swiss are now buying in euro online, or they shop across the border,” said Alexandre Fauvet, ceo at Fusalp, the French skiwear specialist, which opened pop-ups in Courchevel, France, and Verbier, Switzerland, this season. “On the French side we had our best weekend thanks to Swiss shoppers, who suddenly had 20 percent more purchasing power; on the Swiss side, which also registered many cancellations, it was horrible.”

Like most other sporting good makers, Fusalp is sourcing its product in U.S. dollars from specialized factories in China, “but now we are thinking about bringing the production back to Europe,” said Fauvet, noting that it was going to be “a long process.”

Regardless of the odds, the executive said he was very optimistic about the future, echoing the mood of other attendees. “To give you an example, we had a terrible sell through with one of our dealers in Zermatt, in Switzerland, and yet he doubled his order for next year. It’s because he believes in what we do,” he said.

Fusalp’s new outerwear collection under the artistic direction of former Lacoste veteran Mathilde Lacoste scored high at the fair: Its new Montana jacket and matching pants scooped the 2014 ISPO Award in the Ski-Lifestyle and Fashion category.