The company's innovative new bra features a flexible patented “unwire” that can be twisted, washed, or crumpled, only to spring back to its original shape. 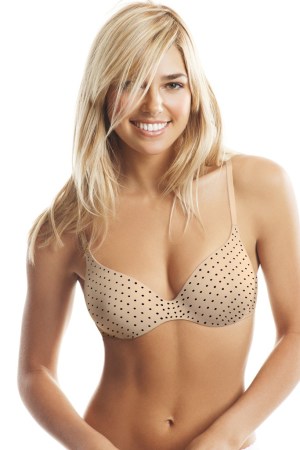 The Warnaco Group has a new secret weapon in it’s intimate apparel portfolio: The Unbelievable UnWire bra by Warner’s which hits stores in February.

Focusing on proprietary technology that combines the support of an underwire with the comfort of a wire-free styling, the innovative new bra features a flexible patented “unwire” that can be twisted, washed, or crumpled, only to spring back to its original shape, said Les Hall, president of the Warner’s and Olga brands at Warnaco.

“This is the biggest launch in the history of the Warner’s brand. Our retail partners recognized that this collection is a game-changer in the bra market and are supporting the launch in a big way,” said Hall.

The original Warner Bros. company, which was founded in 1874, began making bras by Warner’s in 1917.

An advertising and marketing budget was not available, but the launch will be supported by an “aggressive” campaign of co-op ventures with major retailers, point-of-sale materials including an in-store video, and regional TV ads in key markets. There will also be a digital campaign online with social media.

“The launch is first and foremost focused on partnering with our retailers to make sure the Unbelievable UnWire bra is highly visible to consumers walking the [lingerie] floor,” said Erin Lynn, director of marketing for Warner’s and Olga. “This launch is positioned to do more business than This is Not a Bra, which is our current number-one selling bra.”

Don Allen, vice president of creative design for Warner’s and Olga, noted that he had been developing the new unwire concept for the past year and a half.

“Because it’s brand new technology, it was a learning curve….Every fitting required new [bra cup] molds and shaping. You can probably turn around a normal bra fitting in one day, but this took approximately two-to-three weeks per fitting because of the complexity of the garment,” explained Allen. “It has been a very top-secret project and because the technology is so new to the industry, it wasn’t until the end of the fitting process that I told the fit models it was not an underwire bra. They were amazed because they thought they were being fitted with a wire product.”