The intimates brand is launching its first TV commercial, which will promote the No Side Effects bra. 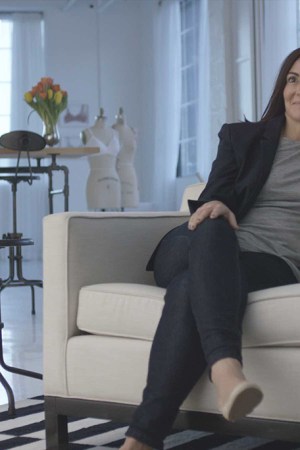 A theater commercial on YouTube from 1911 featuring Warner’s rust-proof corset is the brand’s last trace of filmed advertising, according to Erin Lynn, the vice president of marketing of intimate apparel at Warner’s parent PVH Corp.

“It would play before silent movies,” Lynn said.

A lot has changed since then for the intimate apparel brand, which was founded in 1874.

Instead of pushing constricting corsets, Warner’s, which was acquired by PVH in 2013 as part of the Warnaco deal, is highlighting the No Side Effects bra in its first TV commercial, which starts airing today and will run through July 6.

“Television ads are telling her that she needs to be sexy,” Lynn said. “We wanted to reflect a broad range of ethnicities and body types to represent all American women.”

The 30- and 60-second TV spots will run through July 6 along with a digital campaign. Warner’s retail partners, which include Kohl’s, Macy’s and J.C. Penney, will showcase imagery and messaging from the campaign in store.

Lynn said that since PVH purchased Warnaco, there has been big investment in the Warner’s brand.

“We have had a strong momentum. In 2013 and 2014 we had the most market share growth. We’re on a positive trajectory,” Lynn said.