The inaugural collection debuts with two types of sports bras and leggings. But Bernstein said there's more to come.

“But I was really styling it in an elevated way,” the Manhattan-based influencer-turned-entrepreneur, who has 2.5 million followers on Instagram, told WWD. “I was pairing activewear and loungewear with a blazer or different sorts of boots and shoes or sock combos. It was never just a straight-up set. I was always styling it in a way that could be really interesting, to help my followers feel inspired. Not to just keep it simple, but so that they could really style and feel good about themselves while remaining at home.” 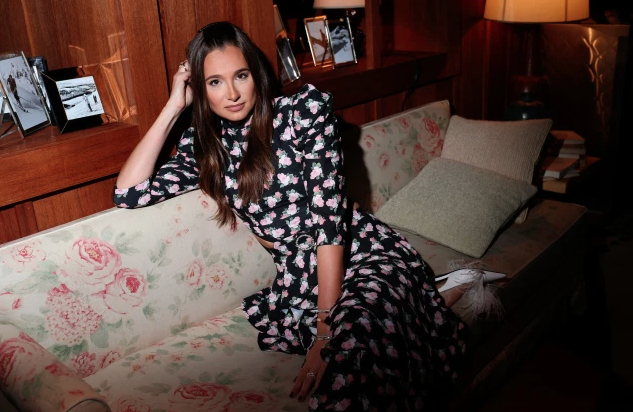 The designer, and founder of We Wore What, Danielle Bernstein.  Lexie Moreland/ WWD

It’s only fitting then that the founder and lead designer of e-commerce fashion site We Wore What — which includes women’s ready-to-wear, swimwear and accessories — is diving into activewear. Starting Wednesday, Bernstein’s first activewear line will be available at shopweworewhat.com, as well as select retailers like Saks Fifth Avenue, Luisaviaroma, Revolve, Shopbop and Carbon38, at a later date. 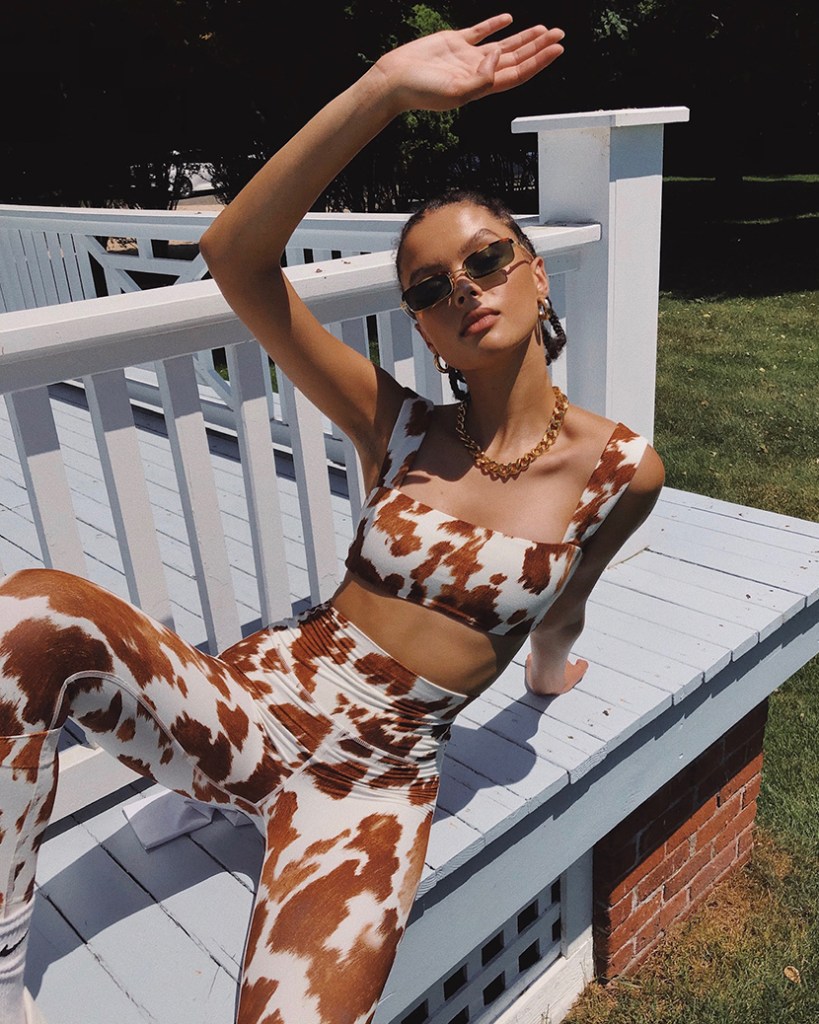 The inaugural collection comes in two types of sports bras and matching leggings, including cowhide prints, V-neck tops, high-waisted leggings, lace-front pants and seamless options. But Bernstein said she hasn’t even begun to stretch the limits of her collection.

“As we keep going throughout the season, we’re going to introduce new styles and get more creative and add new hardware and cutouts and jumpsuits and all of the different pieces that you never knew you need in your activewear wardrobe,” she said.

“I designed [the collection] for my followers, to wear to work out, to go to lunch or to go out at night,” Bernstein continued. “I’ve seen girls wear my leggings just to go out [for the night], back when we could. It was really important for me to create something that was pretty, versatile and simple.” 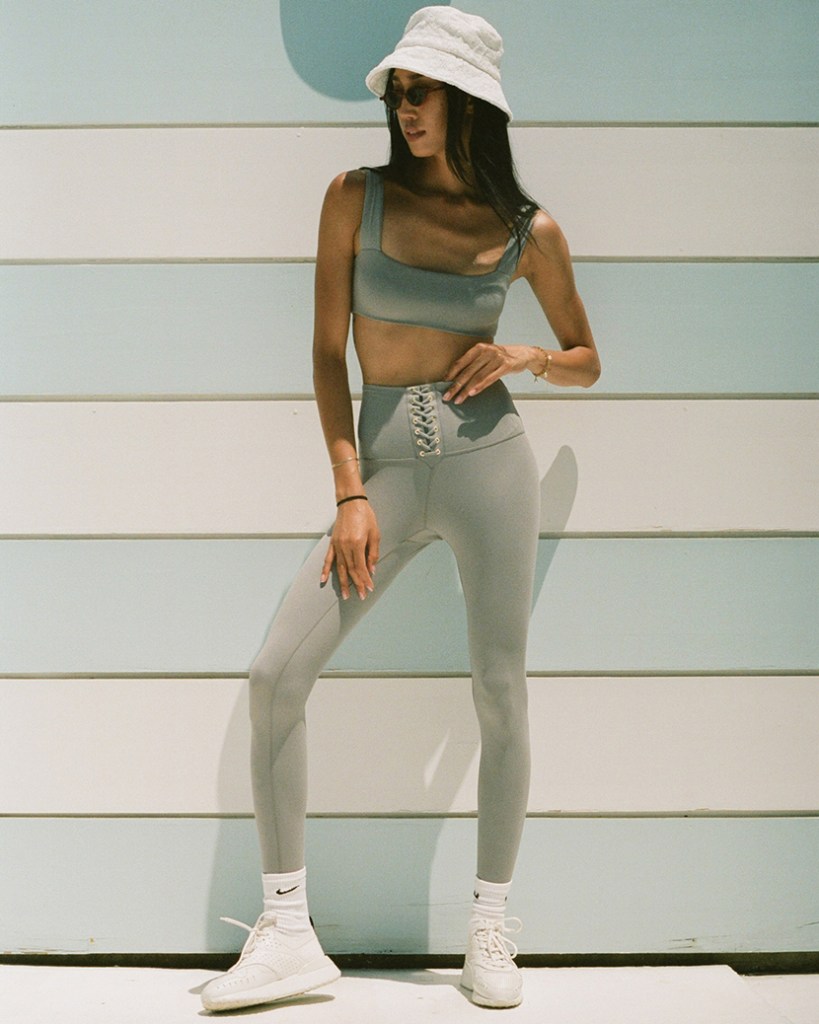 Plans to create an activewear collection began pre-COVID-19, Bernstein said. (She did a successful activewear collaboration with Bandier about four years ago and had always wanted to expand on it.) But the timing of her own activewear launch — amid a rising fitness boom — couldn’t be better.

“People are at home, they’re working out,” Bernstein explained. “They’re in ath-leisurewear and loungewear and activewear way more than ever before.”

Even so, Bernstein’s activewear collection will have to compete with the likes of sporting giants Nike, Lululemon and Adidas, as well as more affordable options, including Fabletics and Offline by Aerie.

We Wore What’s activewear collection will stand out because of its fit, fabric and prices, Bernstein said. (Tops range from $48 to $68, while leggings are priced between $78 and $98. All come in sizes XS to XL.) Bernstein also chose transgender model Dominique Castelano for the campaign and will donate a portion of the proceeds (likely about 10 percent) from the collection to the Ali Forney Center, a New York-based LGBTQ youth organization. 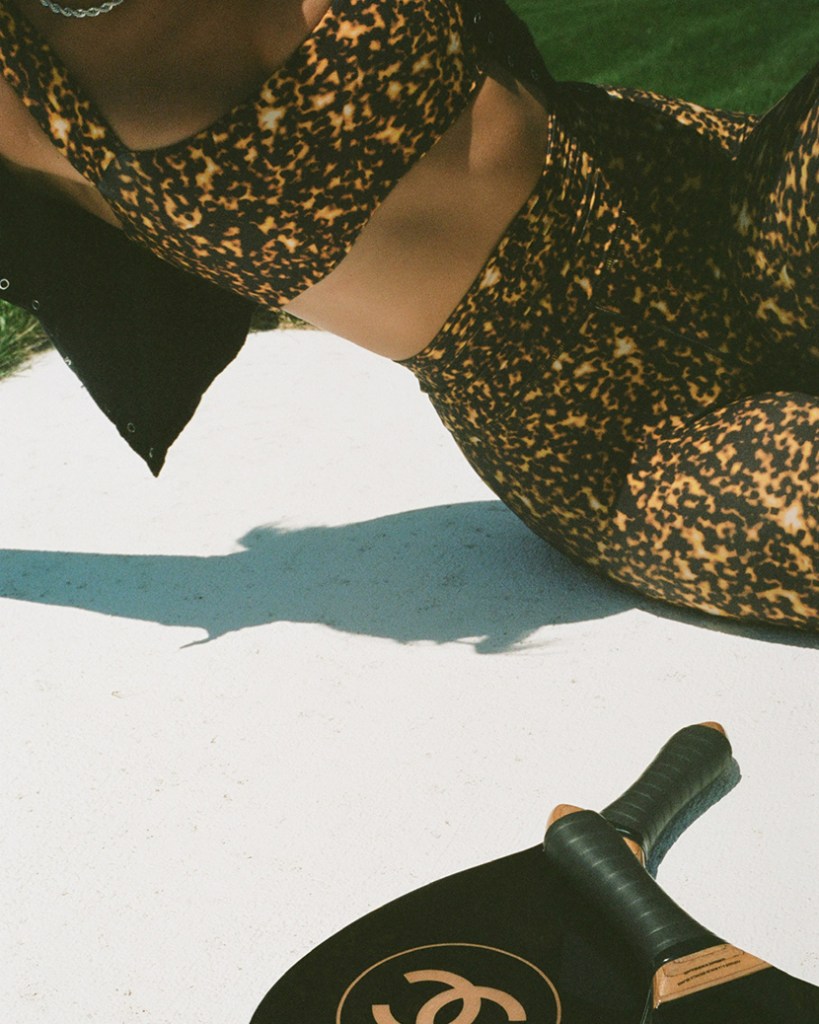 A look from We Wore What’s activewear collection.  Courtesy Photo

Bernstein, a native New Yorker, began her career more than 10 years ago as a fashion influencer. She had several successful collaborations with names like Joe’s Jeans and Onia swimwear before launching her own brand, We Wore What. In February, the designer launched a ready-to-wear capsule collection sold exclusively at Macy’s.

Despite her success, Bernstein has been embroiled in controversy after a handful of independent designers accused her of ripping off designs, including those of face masks and swimsuits. Bernstein denied all allegations.

“There have been many false accusations recently,” Bernstein said. “And I have shared the truth. And that’s really all I can say about that. Those sort of things come with the territory of my job. And as long as I know what the truth is and my team and my followers stand behind that, I think that that’s what really matters here.” 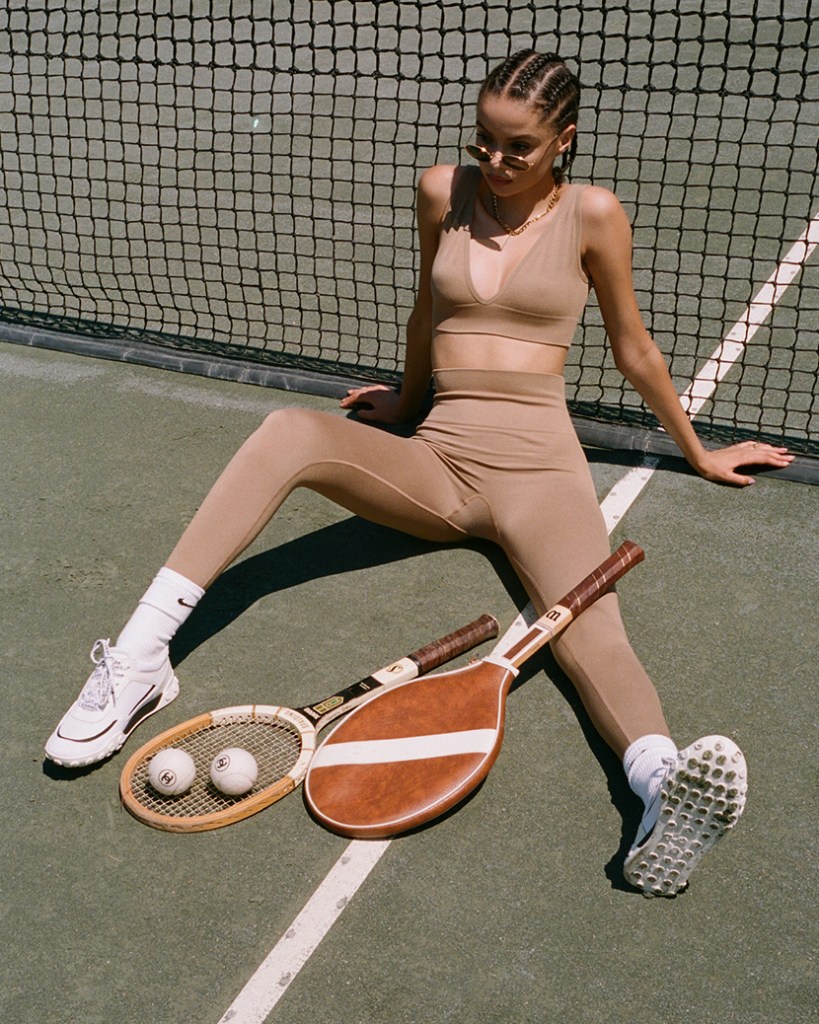