Will Consumers Pay the Price?

As prices for raw materials and labor continue to skyrocket, wholesalers and retailers could face a third-quarter hit in sales. 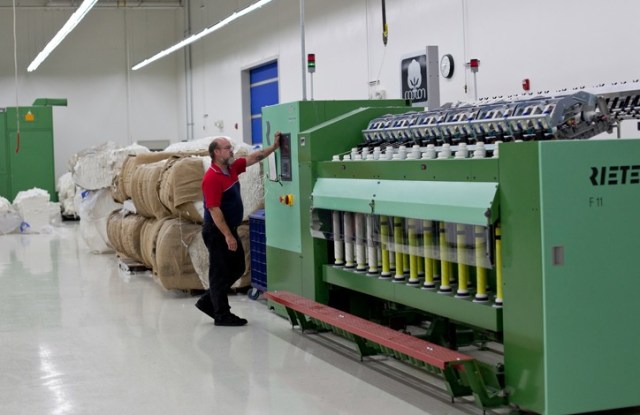 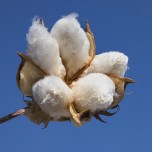 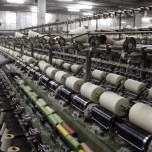 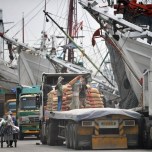 Retail apparel prices may have fallen in every category in March, but as prices for raw materials and labor continue to skyrocket, wholesalers and retailers could face a third-quarter hit in sales.

Merchants have continued to refrain from passing on higher raw materials costs to consumers, but may be forced to later this year as margin pressure builds. Thus the concern over higher retail prices remains. Vendors said a main topic of conversation at the February market was about how consumers will react to price increases.

Executives said they expect retail apparel prices will rise by 10 percent or more during the critical back-to-school selling period. It’s believed sticker shock will have less of an impact at higher-end channels because upscale consumers want quality and fashion and are willing to pay for it. Business at mass merchants is expected to be the most affected, since those consumers have more limited discretionary income and shop for value-priced goods.

The surging cost of cotton continues to impact manufacturers of underwear, sleepwear, robes and loungewear, where it is a key fiber, while the escalating cost of crude oil is raising petroleum-based product prices for nylon and polyester, a mainstay of the foundations market.

The price of cotton closed at $219.45 per pound Friday, according to Cotlook A-Index, a proxy for global cotton prices that generally trends in step with but is different from prices on the U.S. Futures market. That’s more than double the cost of cotton in January 2010, according to the International Cotton Advisory Committee. The cost of one pound of polyester staple was 99.5 cents on March 28, compared with 77 cents on March 29, 2010, and polyester filament rose to 88 cents against 65 cents during the same year-ago period, according to the WWD Fiber Price Sheet, published March 28.

A majority of vendors said they have begun passing along some increases to retailers, but they also are coming up with creative methods to cut costs, such as reengineering fabric blends, creating laces and trims in-house, and streamlining the use of embellishments such as appliqués, bows, beading and piping. Domestic lace suppliers are also being affected and are reportedly cutting 20 to 30 percent of stock items from their lines because of prohibitive costs.

Due to the volatility of the cotton market, executives said they face the dilemma of whether or not to confirm orders as far out as six months in advance to maintain a set rate. The reason: On March 1, the ICAC reported global cotton plantings were expected to increase 7 percent and the increased production would have driven down the cost of cotton. But on April 1, the ICAC revised its estimates, citing competition from food crops and limited resources such as land and water, which would prevent production from yielding as much as previously projected.

Here, executives share their thoughts on one big question: Will consumers pay the price?

Greg Holland, vice president of sales at Komar Co. and the licensed sleepwear collections by Donna Karan Intimates and DKNY:
“We feel cotton is still a fabric of choice for our product category. Increased retail pricing will start to hit stores soon so we will see what the consumer is willing to pay. Open-to-buy dollars have not increased dramatically for the stores so they are buying less units if a product is at a higher cost. I believe the consumer will pay a little more for compelling product and the decrease in units bought should mirror sales over the counter.”

Bob Vitale, executive vice president of sales and marketing at Wacoal America:
“I think consumers understand that price increases are part of life today, especially when they see the increasing price of gasoline. The big question is not just if they are willing to pay more, but if they are able to. In many cases, choices have to be made. Providing exceptional value in a product becomes ever more important in substantiating today’s higher prices.”

Guido Campello, vice president of sales, marketing and innovation at Cosabella:
“Whenever something is deemed unstable, they want more of it. Look at gold. There’s an awareness of cotton fabric but consumers really haven’t thought about the price of cotton.”

Arnold Aronson, partner and managing director of retail strategies at Kurt Salmon Associates:
“A larger percentage of cost increases could be tolerated at better and luxury stores where customers are not feeling the pressure of inflation and have more elasticity in spending. Those customers want quality and trends. But the Wal-Marts and Targets of the world have to be more restrained in passing along price increases to consumers who are looking at discretionary items to buy and have household requirements…you’ll see the impact of higher prices in those [mass] channels, which will have to be much more careful and creative.”

Bill Ghitis, former president of Invista Inc. and president of consulting firm Bian International:
“Cotton is still a very powerful story. Eventually the price for cotton will come down because people are wearing less cotton and farmers will plant more because of that. But when prices spike, more cotton will be planted and consumers will begin to buy less again…I believe consumers haven’t felt the impact at the raw material level, but if and when they do, they will surprise the market. Tremendous improvements have been made with synthetics over the years and consumers have been adapting.”

Richard Adjmi, chief executive officer of The Age Group:
“I believe consumers will see price increases at all retail channels this fall and they will pay more if the product is trend-right. But increases for basic products will be tougher for consumers to swallow. However, I don’t think consumers will have much of a choice if they really want the product.”