WWD caught up with the designer to discuss lingerie, Broadway and divas. 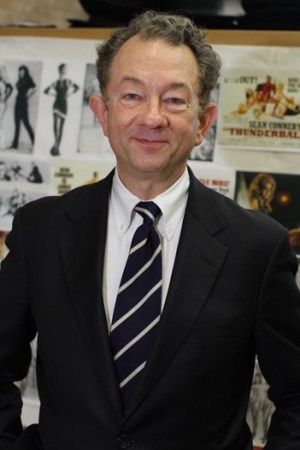 William Ivey Long, the five-time Tony Award-winning costume designer for the Broadway hits “Nine,” “Crazy for You,” “The Producers,” “Hairspray,” and “Grey Gardens,” is passionate about lingerie.

“The black velvet-flocked nonstretch mesh bodysuit that Anita Morris wore in ‘Nine’ in 1982 made my career,” quipped Ivey Long, who described lingerie and shapewear in particular as “image makers” for divas on and off the stage.

Ivey Long made his first costume at the age of five, an Elizabethan Ruff for his dog Manteo.

He knew at that tender age that costume design would be his calling. He also studied set design at the Yale School of Drama with pals Sigourney Weaver, Meryl Streep and Wendy Wasserstein, and later served as an apprentice for fashion icon Charles James. But while Ivey Long’s frenetic schedule in April included designing costumes for four shows — “Catch Me If You Can,” “School for Lies, an adaptation of The Misanthrope,” “Lucky Guy” and “Me and Miss Monroe” — he wants to translate the pizzazz and come-hither looks he creates for leading ladies into an upscale collection of intimates and sleepwear for mainstream America.

A self-described “licensing virgin,” Ivey Long is looking to enter into a lingerie venture for a collection called The Broadway Line Because All Women Are Stars.

He made a presentation of glam fabrics, trims and feathers at his studio at 44 Walker Street, a former strip club called Fallen Angels. The turn-of-the-century atelier is awash with trend boards that capture the looks of different decades, including the Sixties and images of James Bond movies that influenced “Catch Me If You Can,” and the Fifties with posters of Roy Rogers and Dale Evans, which served as inspiration for “Lucky Guy,” a “campy, corny, country western musical” that stars drag queen Varla Jean Merman [aka Jeffrey Roberson].

Lingerie plays a huge part in capturing the persona of characters on a number of trend boards, whether it’s a nurse, waitress or flight attendant wearing a peekaboo lace bra showing through a low-cut neckline, or a frilly 17th-century, Molière-inspired bustier that lifts the bosom. Ivey Long shows two look books of lingerie images and sketches inspired by Broadway blockbusters he’s wardrobed such as “Cabaret” with Brooke Shields, “Chicago” with Ashlee Simpson-Wentz and “A Street Car Named Desire” starring the late Natasha Richardson.

The renderings feature glamorous sleep gowns, naughty-but-nice corsetry with garters, retro teddys and tap pants, and Carole Lombard-looking wrap robes. Another look book, described as an homage and spoof of the Maidenform ads of the Fifties and Sixties, was compiled by the late Wendy Wasserstein. “Wendy insisted I design a lingerie line,” said Ivey Long, who believes the time is right to launch an upscale lingerie collection because consumers who shop for luxury fare want quality, fashion and the cachet of glamour.

Here, a conversation with Ivey Long on lingerie, Broadway and divas.

WWD: How important has lingerie been onstage?
William Ivey Long: Lingerie is very important even if it doesn’t show.…Harvey Fierstein’s underwear was very important to his process of transformation in “La Cage Aux Folles,” even though it never shows…it’s all about how you feel. In “Catch Me If You Can,” all of the nurses had a Playboy bunny underneath. There’s a pin-striped shirt showing a bra that was inspired by Lady Gaga and her infamous bra scene at a Yankees-Mets game. It was so disrespectful, I loved it.

WWD: Are there any specific undergarments you like to dress the stars in?
W.I.L.: One day Jane Krakowski [star of “Nine”] brought me a body briefer by Cadolle with a scooped-out top. Since then, I’ve put 20 leading ladies in it. The lace edging and paneling is so sexy…I put the drag queen Varla Jean Merman in a large [body briefer].…I’m not treating it like drag…I’m putting him in a Charles James [inspired] ballgown…remember the biggest ballgown of them all? Cloverleaf. This body briefer was created in 1890 by Poupée Cadolle’s grandmother in Paris. The modern version stretches. Bratenders, the main bra providers for Broadway, sell so many of them. It sells for about $370.

WWD: What kind of lingerie collection do you want to do?
W.I.L.: I don’t think I’d be the person to do a core collection. That’s why the Victoria’s Secrets of the world don’t come running to me. They have their architects and bridge builders like Howard Hughes. But a lot of lingerie is role play, and that’s where I have an edge.…I do what was done in the old fitting rooms — I fit lingerie.