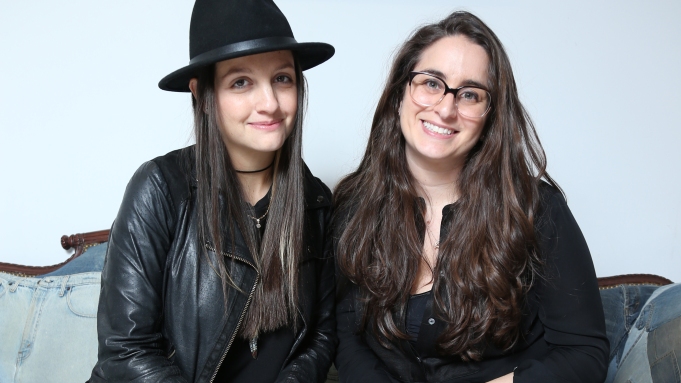 The colorful leggings brand, known for its original designs and quirky prints, has established a significant presence in department stores, activewear boutiques and SoulCycle exercise studios, where it has an exclusive collaboration. The company decided to change both its name and Web site to Terez and terez.com, respectively.

“We wanted to elevate the brand and create uniformity across all departments — kids, girls’ and women’s,” said Zara Terez Tisch, chief executive officer, in the company’s showroom at 555 Eighth Avenue here. The company will also use a new planet symbol that will appear on the leggings, replacing the ZT symbol.

Tisch said she had decided to change the label to Terez even before she received a letter from Zara, the Spanish fast-fashion retailer, asking her to do so.

Having started as a women’s handbag manufacturer, the brand launched women’s and girls’ leggings in 2012 at Intermezzo and ENK Children’s Club “and it just took off like wildfire in kids.” She said women were very hesitant at first and weren’t ready for the colorful leggings, preferring to wear black ones for working out.

“We gave them [kids] a brand they could call their own. They could be who they wanted to be,” said Tisch, who began offering designs such as jelly beans, donuts and emojis. Lester’s originally picked up the brand.

In spring 2014, the brand launched an exclusive collaboration with SoulCycle, where it provides two new women’s prints a month (that are cobranded) for their exercise studios, and the company fully launched the vibrant women’s leggings. Today, Terez’s women’s leggings are sold at stores such as Saks Fifth Avenue, Bloomingdale’s, Nordstrom, Lord & Taylor, Neiman Marcus, Shopbop, Carbon 38 and Bandier. The new Terez label will appear on the leggings at the end of the month.

The leggings retail for $75 for capris and $78 for the longer length. Among some of Terez’s prints are emojis, New York City skylines, kale, donuts, mosaic tiles, marble, neon sunsets, sea urchins, cherry blossoms and rainbow liquid metal. The women’s leggings are aimed at a 25- to 35-year-old customer.

In addition to SoulCycle, Terez partners with such brands as Dylan’s Candy Bar, Misterkrisp and Candy Crush.

Tisch and Amanda Schabes, her business partner and creative director, create all the prints in-house, and everything is manufactured in New York City. At present, their product line includes loungewear, leggings, dresses (kids and girls) and swim (kids and girls). For summer, the brand will introduce backpacks and collapsible totes and duffel bags for girls, and structured totes and gym bags for women.

Starting today, the new marketing materials with the Terez logo will appear in e-blasts, on the e-commerce Web site, in a short video and on their social channels.

Tisch declined to reveal the company’s volume but said she hopes to double what she did last year. The company has been doubling its volume every year, she said. International is one area that’s targeted for growth; the company already sells to Japan, Canada, Mexico, the U.K., France and Australia. Eventually Schabes said they would like to open their own store.