Art Versus Commerce: Can Margiela Expand Without Selling Out?

Martin Margiela, the ultimate industry outsider, is trying out a new and unexpected persona: fashion's next big thing. 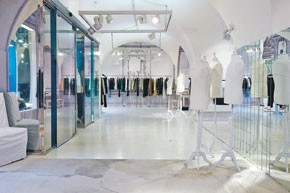 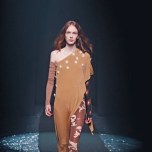 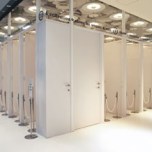 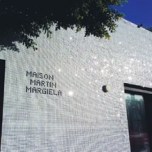 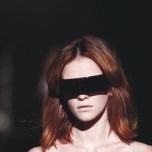 PARIS — Martin Margiela, the ultimate industry outsider, is trying out a new and unexpected persona: fashion’s next big thing.

This story first appeared in the May 2, 2008 issue of WWD. Subscribe Today.

Twenty years after the Belgian iconoclast founded a fashion house based on deconstruction, cleft-toed boots and a compulsion to cover surfaces with white cotton or paint, his namesake brand is riding high and sailing into new, high-visibility categories like fragrance and fine jewelry. But does the designer’s participation in such expansion activity suggest that finally, Margiela is selling out on long-held principles — some would say pretensions — in favor of cashing in on fashion’s more mainstream spoils?

Consolidated revenues at Margiela, majority owned by Renzo Rosso’s Only the Brave Srl since 2002, catapulted 50 percent last year to 60 million euros, or $82.2 million at average exchange, with the brand showing strength on all fronts and in all channels, said Giovanni Pungetti, Margiela’s chief executive officer. He also disclosed the company is profitable for the first time since the acquisition, following an investment phase to improve production and sales, open more boutiques and add product lines.

Sales are forecast to advance at a strong double-digit pace this year, in the neighborhood of 25 percent, as the company plants new stores in downtown Moscow, Dubai and a yet-to-be-determined city in Germany, along with a second location in Hong Kong.

“The brand is quite hot,” Pungetti said, flashing a big smile. “It’s a good moment.”

To be sure, a company long cloaked in mystery and steeped in conceptual high-mindedness is now demonstrating a new commercial bent, with Margiela’s new deal with beauty giant L’Oréal the most prominent example. It’s a transformation that some former employees and Margiela stalwarts contend has diminished the integrity of the house.

Yet the designer and principals at his namesake company balk at suggestions Margiela has sold out — or that Rosso is cashing in inappropriately. “I always worked to maintain the status of this brand as very high, and since the acquisition, I think it’s even higher,” Rosso told WWD. “In this particular moment, the luxury market is very mature, and it is more open to revolutionary products such as ours in comparison with luxury products from institutional brands.

“The Margiela business is having a very good momentum because it has always done very fresh, innovative and inspirational products.”

In an interview at Margiela’s showroom, its parquet floors in dire need of varnish and with a makeshift coffee table composed of stacks of white paper under a slab of Perspex, Pungetti waved off terms like “launches,” “rollouts” and “marketing tactics.”

“I prefer the expression ‘making the brand accessible,’ available to more people,” he retorted. “The brand is exactly the same. It’s very, very close to what we bought six years ago. We are simply completing the offer.”

Pungetti, dressed in jeans and frequently smoothing back his shaggy locks to reveal lamb-chop sideburns, noted that Rosso did not launch a Margiela jeans line, as many suspected when the flamboyant Italian industrialist behind the Diesel empire seized control of an offbeat, indie brand with a cultlike following and an intellectual, artistic orientation.

Instead, Pungetti described a process of step-by-step development and evolution designed to preserve “the same values, the same philosophy,” while bringing Margiela’s designs and lifestyle concept to a broader public, including in emerging markets like Asia and Eastern Europe. Japan is Margiela’s largest market, followed by Italy and the U.S.

“Asia is quite unbelievable. We are exploding in that area, even if we didn’t attack yet the real Chinese market,” Pungetti said. He then retracted the word “attack” and added a caveat: “We have to find the right approach to the market because we are not an easy brand.”

And how. Margiela himself continues to maintain a strict policy of invisibility: never showing his face or granting interviews, instead dispatching information or answering questions via e-mail on behalf of the Maison Martin Margiela.

Asked if the designer might turn up for any of the sundry events planned this fall to mark the house’s big birthday, one of his press attachés responded dryly: “Probably not.”

Responding to a questionnaire from WWD, Margiela, always speaking in the plural “we,” noted the “newfound stability and comfort in our environment has allowed creativity to flow more easily, therefore leading to even more new collections.”

Pungetti acknowledged Margiela faced financial problems that led to the sale to Rosso — and the arrival of a more corporate culture.

Speaking on condition of anonymity, former Margiela employees described how a sectlike design staff with an underground ethos and patchy payroll has morphed into an efficient, modern fashion company, but not without a price. “Being caught between two forces — Margiela and Renzo — is not an easy thing,” said one.

But they note Rosso is respectful of the designer’s oeuvre and that Margiela seems happy to be relieved of financial strain, focusing his energies instead on designing the runway collection, his “artisanal” line and new projects that weren’t possible before.

While some spy elements in Margiela’s universe today that would have been considered anathema in the old days — shiny fabrics, sexy runway models, signage on stores and the iconic four stitches visible on leather goods — these employees say the designer is in a more “grown-up” period, ready to produce and sell. “I suppose there are compromises,” said one former employee. “You pick your battles.”

Yet the designer was allowed to maintain an arsenal of quirks, from open seating at his fashion shows to complete media invisibility.

“The withdrawal of a designer’s profile creates a space that the garments may fill,” the Maison Margiela said.

Pungetti said the designer’s Greta Garbo-like ways have not been a hindrance, insisting that Margiela’s point is not about hiding in shadows, but rather leaving the light focused on his designs.

Rosso agreed: “Not having celebrities is a point of strength as we set up an honest dialogue with the audience to convey and sell the product’s beauty and not the celebrity’s.”

Pungetti said he would “never say never” to some of the common industry tactics Margiela has shunned — advertising, celebrity dressing, “It” bags and the like — but noted there are no plans to change course for the moment. “We also love to do what everybody’s doing in a completely different way,” he said.

For example, Margiela tiptoed into eyewear this year, but with one oddball style that, when worn, looks like a black bar across the eyes, thus hiding a person’s identity. It was produced without a licensing agreement and introduced in Margiela stores without fanfare. Margiela’s retail network is another example. Before Diesel arrived, the designer already had an international distribution from Barneys New York to Selfridges in London and 15 of his own stores, albeit in obscure locations, without markings, with labyrinth-like layouts hardly conducive to business.

“They were not findable by anybody,” said Pungetti, noting some units have been moved closer to prime shopping areas, For example, in Tokyo, the Aoyama store was relocated to the more trafficked Omotesando district. In addition, signage has been added and merchandising made more customer-friendly.

But quirky touches remain, including clusters of vintage chairs under slipcovers, sagging shelves for shoes, sales associates dressed in white lab coats and, in lieu of standard window displays, unopened mail and empty crates left by the entrance.

The executive confessed he had his doubts when he proposed to Margiela a Milan store on Via Spiga, one of the busiest streets in Milan’s fashionable Golden Triangle. But since the space was originally a private home, and nestled in a courtyard, the designer approved (although, true to form, he did slip out before the opening party during Milan Fashion Week in the fall). “You can find it, but again, it’s not screaming,” Pungetti said of the Milan shop. “The retail business, especially last year, was really booming.”

At present, about 30 percent of Margiela’s revenues are from its network of 32 freestanding stores and shop-in-shops — and the ratio is expected to grow. Although the company targets five to six openings a year, it does not always succeed in finding locations that meet Margiela’s checklist.

Pungetti repeatedly stressed that all of the brand’s expansion avenues — from the perfume license with L’Oréal to a new sartorial men’s line — are done with the designer’s blessing. “He’s very involved. He touches every product. He’s absolutely excited by those new projects,” Pungetti related. “He always says he loves the idea of reaching new markets. He understands the brand needs to have more expression of its essence. He was able to adapt himself to this new way.”

Asked if launching fragrance and jewelry were tantamount to giving up the avant-garde mantle, Margiela responded: “We have always been interested in fragrance. With our growing organization, only now have we been afforded the opportunity to explore the fragrance market. For us, it is a thrilling challenge to be able to express our vision and values also through this. Each designer should have his own vision for his brand-company, but the most difficult thing is to express this clearly and to share it with others.”

It seems Margiela has even left the door open to a call from, perhaps not Britney Spears, but say a Tilda Swinton or Charlotte Gainsbourg.

“We are evolving in regards to ‘celebrity dressing’ due to so many loyal followers in the public eye requesting to wear our [designs] for their public appearances, and also for their day-to-day life,” Margiela said. “We are looking into this.”

For all his quirks, Margiela has succeeded in creating a balanced business — about 60 percent women’s and 40 percent men’s — with momentum across all product categories.

Asked to account for Margiela’s current popularity, without any major events or ad push, Pungetti suggested that perhaps it stands out in a world of hype and noise. “According to me, we are hot because we are democratic, we are ourselves and we don’t like to shout,” he said, slipping into the house’s collective parlance. “If you have to do advertising, we’re obliged to say something. Instead, we open the door and say, ‘Come in. See and smell what you want.'”