Guests flew in from China, Singapore, Vietnam, Taiwan and Indonesia to attend the show. 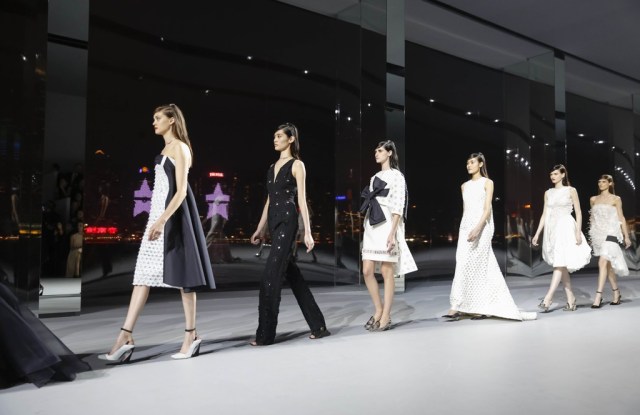 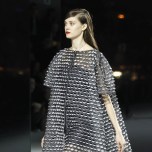 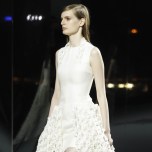 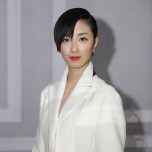 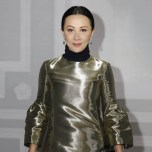 “We invited some of our clients outside Paris to see the show in January, but many couldn’t attend so we brought it here. Television, the Internet and magazines are great, but for haute couture you need to see the pieces up close,” said Sidney Toledano, Dior’s chief executive officer.

Guests flew in from China, Singapore, Vietnam, Taiwan and Indonesia to attend the show. Taiwanese actress Lun-mei Gwei was on a high from the recent release of her movie “Black Coal, Thin Ice.” “I had to come. I’m just here for the night, then back to Taiwan. My new movie is out, and I’m looking forward to taking a rest,” said Gwei.

Mixing with Zhang Ziyi, Carina Lau, Pansy Ho, Simon and QiQi Lam and other Asian celebrities and socialites was Elizabeth von Guttman. She said she was looking forward to two things in Hong Kong — shopping and dim sum. “I think I’ve been eating dim sum since I arrived,” she said. “I’m hoping to get up the Peak tomorrow and do some sightseeing.”

Hong Kong fashion designer Tania Mohan said, “Things have been busy, I’m working hard on my brand Tabla to bring it to an international audience.”

Steaming up the front row was former Miss Vietnam Mai Phuong Thuy, looking glamorous in Dior. As well as modeling, she said she is active in helping run the family businesses, a chain of restaurants and pharmacies.

The show at the West Kowloon Heliport began dramatically when the wall that ran the length of the runway turned transparent to reveal a postcard view of Hong Kong Island across the harbor. The haute couture collection was the same as that presented in January in Paris — a very modern aesthetic, with strong silhouettes in a palette of navy, black and ivory.

Dior’s whole haute couture team traveled to Hong Kong, and manager Madame Rivière will meet with clients over the next two days. They will be able to view the dresses and have fittings at the flagship Dior store in The Landmark in Central. Access to the VIP room is through a special entrance in the lobby of the neighboring Mandarin Hotel. Well before she left Paris, Rivière’s appointment book was very full, testament to the strong market for haute couture in the region.

“The Chinese customers like the sophistication and exclusivity. The new couture designed by Raf [Simons] is talking to them — they like the modernity he is bringing in this new direction, they like the spirit and they like the DNA, they want to know the story of the company,” said Toledano.

While some luxury brands experienced a slowdown in the last couple of years, Toledano said Dior had not been impacted and 2013 was an improvement on 2012, with double-digit growth and the same expected for this year. The clampdown on gift-giving in China was thought to be at the root of the slowdown. Toledano said as most customers were buying things for themselves, not gifts for others, Dior was not as impacted.

“The luxury market is still growing, but at different levels for different brands. For Dior it is growing and I am confident in the Chinese market — we continue investing, renovating and extending,” Toledano said.

On May 30, Dior will open a flagship in Chengdu. Designed by architect Peter Marino, it will feature side-by-side men’s wear and women’s wear stores. Alongside the opening is a new concept to offer a window into the world of Dior — a monthlong exhibition, “Le Petit Theatre,” to run through June.

Dior is seeing expansion throughout the region. A new store will open in Melbourne at the end of the year. In Singapore, the Marina Bay store is being renovated and expanded, with women’s wear taking over the full current area and men’s wear moving to another floor. It is expected to reopen in a few months. The Kuala Lumpur store is being renovated, and flagships opened in Hanoi and Ho Chi Minh last year. And in Hong Kong, a new men’s wear store will open in the basement of The Landmark, below the flagship, in early 2015.

The next big Dior event in Asia will be the Dior Homme show on April 18 overseen by artistic director Kris Van Assche. While women’s wear still accounts for a larger slice of the pie in China, Toledano said that the weight of men’s wear in the region was more important than in the rest of the world.

“This is part of our strategy investing in the brand, showing the big shows to our clients,” Toledano said.