The fall couture provided a snapshot of the genre’s power, filled with bold and intimate gestures. 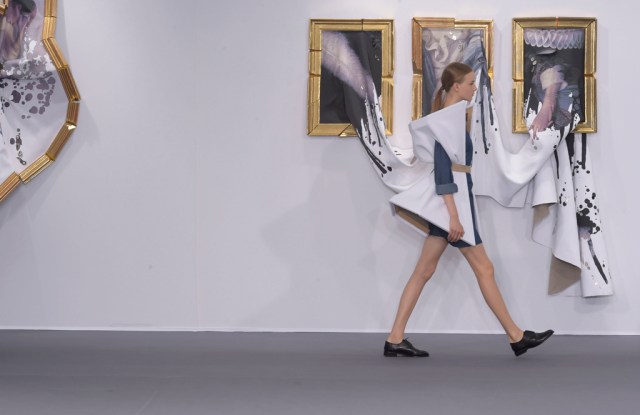 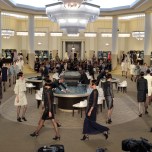 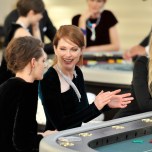 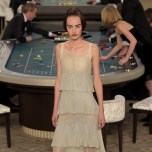 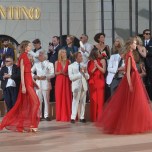 When it comes to haute couture, that most rarefied of genres, the picture is sweeping, a panorama of invention, craft and bravado, resonant today on more levels than ever before.

Couture is changing dramatically, no question. Yet it is perhaps ironic that in some ways, those changes actually confirm its traditional purpose: At a time when income inequality is a constant global conversation, and in a season, in particular, when a member of the European Union remains on the precipice of economic belly-up, fall was the most extravagant couture moment in recent memory.

The season was a breathless one, packed with real news and philosophical themes rendered in concrete ways. For starters, in the eyes of the fashion world at least, John Galliano is back without qualification. He showed his Maison Margiela Artisanal couture not, as last season, in the protected, once- removed cocoon of London during the men’s shows, but in the haute epicenter of Paris. If there were debate or discussion over his presence, it happened in covert circles. The communal focus at the Margiela show lasered in on the fashion, which amazed. It reminded of Galliano’s brilliance as a couturier in its audacity, extravagance, and mostly, its invention, during the good years at Dior, before the demons took over and the internal relationships and the work went south. Whether by choice or Renzo Rosso-imposed constraint, the man who pioneered the concept of magical sets with his mise-en-scène vignettes (he once re-created one of the Marchesa Luisa Casati’s early 20th-century grand soirees at the Opera Garnier) has left that particular manifestation of haute indulgence to others. Within a low-key space, he delivered clothes that featured materials and treatments sourced from around the world (China, Japan, France, the Aran Islands, the U.S. for a potato sack) on which he turned his remarkable, artistic hand. While there’s still a question of whether the broader ready-to-wear customer will re-embrace Galliano, many retailers are betting on it, given the fall collection’s presence in stores.

Other big news saw native Maria Grazia Chiuri and Pierpaolo Piccioli take their glorious, romantic Valentino home to Rome. A marketing sojourn? Of course. It’s couture; marketing is what it’s about. Yet one sensed that the whole Roman experience — the show of exquisite clothes, the installation of archival pieces in intriguing locations around the city, the dinner at the magical Villa Aurelia — was genuinely emotional and personal for the designers, a wellspring not lost on the audience.

It made for a memorable moment. And speaking of marketing, how ’bout that Fendi? To note the most enduring relationship in modern fashion, Karl Lagerfeld’s 50th year designing for the house, Fendi showed its first couture collection ever at the Théâtre des Champs-Élysées. In retrospect, one wonders, why the wait? Fendi’s capabilities approach couture level anyway, and Lagerfeld certainly knows his way around haute. The result was a masterful display of high skill and vast range — a fur for every (filthy rich) personality type out there.

Elsewhere, there were Viktor & Rolf ’s real-girl-as-painting gallery, Bouchra Jarrar’s elevated counterpoint of mannish and chicly feminine and a particularly provocative come-on from Giorgio Armani. His Privé invitation was bright pink on the face with the word “shocking” written across the back. Turns out it was neither homage nor send-up of Schiaparelli — whose own new designer Bertrand Guyon showed an impressive first effort early in the week — but a festival of strong jewel shades in an evening-centric lineup.

Couture is about so much — the artistry, the craft, the beauty, the possibility. And, not to be crass, but it’s also about wealth. The wealth of the clients, yes, but first and foremost, the wealth of the houses. These days, one of the genre’s most gleeful elements is the increasingly less-than-subtle game of one-upsmanship between Dior and Chanel. (One gets the distinct impression the competition isn’t between Raf Simons and Lagerfeld only, but between Bernard Arnault on one side and the imposing duet of Lagerfeld-Alain Wertheimer on the other — friends all, but adversaries in haute, except when it comes to Fendi, where Lagerfeld now works for Arnault. Such is the delightful incestuousness of savoir faire at the top of the food chain.

On Monday, Simons extracted courant chic from Bosch’s The Garden of Earthly Delights, showing in a stunning hand-painted faux-glass paneled structure that looked like a modernist marvel in pointillist pastels. Karl, can you top that? How about with a massive casino installed under the majestic dome of the Grand Palais, populated not only by the traditional audience, but by an array of celebrities — Julianne Moore, Kristen Stewart, Rita Ora, Vanessa Paradis, Laura Stone, Stella Tennant — who hit the gaming tables while flaunting dazzling reeditions of Coco Chanel’s 1932 high-jewelry collection, “Bijoux de Diamants” as the primary couture show happened around them.

High stakes in every way — fashion, marketing, dizzying displays of power. Haute masters Dior and Chanel wouldn’t have it any other way.