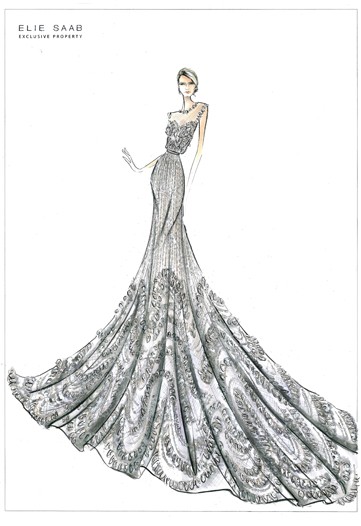 It’s not Avon calling on some of the world’s most privileged households, but couture seamstresses as high fashion continues its service-intensive, global march.

“Because the customers are not always coming to Paris, we need to go to them for the fittings,” said Bruno Pavlovsky, president of fashion at Chanel, describing a sea change in couture in recent years that has seen it intensify its outreach efforts — yielding continued momentum for the remaining players in this rarefied business.

To wit: Following its show on Tuesday, Chanel plans to bring Karl Lagerfeld’s latest collection to New York, Los Angeles and Shanghai. In the second half, Pavlovsky plans to add an additional Asian city on the tour, possibly Hong Kong, Beijing or Tokyo, signaling the growth potential in that fashion frontier.

“The most important thing is to find the best way of working with our existing and new customers,” he explained, drawing a parallel with the service-centric nature of the high jewelry business.

Eager to show off its highest expression of Roman savoir faire, Valentino is aiming to bring its couture collection to Russia, possibly in 2012, said chief executive officer Stefano Sassi. This follows successful showings in Malaysia and Singapore in 2009.

“It’s not only the dress — it’s all the service around,” stressed Sassi, who is gunning for 20 percent growth for couture in 2011. “They want to get close to this kind of one-to-one relationship.”

As couture week gets under way here Monday, culminating with high jewelry presentations on Thursday, executives are banking on continued growth for the exacting, costly enterprise.

“It’s been an excellent year for couture,” said Sidney Toledano, ceo at Christian Dior, lauding couturier John Galliano for winning collections themed after equestrian style and flowers in 2010. In fact, citing lusty demand for show tickets, Dior plans to almost double its guest list at the Rodin Museum Monday to about 800 people.

Toledano said American clients, who had retreated during the economic crisis, returned last year, and Dior’s Asian clientele is expanding, fanned by a showing last May of its cruise collection, along with some dramatic organza and tulle couture gowns.

“The Middle East is increasing, and China is starting to show interest,” echoed Fabrizio Malverdi, ceo at Givenchy, forecasting a 10 percent gain in couture this year after a similar bump in 2010.

Emblematic of its commitment to high fashion, Givenchy is overhauling its historic couture salons on the Avenue George V here, aiming for a July completion.

“We are evaluating the possibility of doing a presentation there,” Malverdi said. “The decor will be linked to [artistic director] Riccardo Tisci’s vision of modernity, while keeping the salon’s traditional elements.”

Although it depends on a global customer base numbering only in the hundreds, the couture business has shown impressive resilience through the financial crisis and its aftermath.

John Hooks, deputy chairman at Giorgio Armani SpA, described couture customers as recession-proof, helping the house’s Privé label to log a 45 percent increase in 2010, some 10 percent over plan. The gains were fueled by a diverse influx of new clients, suggesting that despite all its media exposure, first-person contact with the painstakingly handmade clothes is a seductive elixir.

“For example, we did an Armani Privé show in Dubai on the occasion of the opening of the new Armani Hotel Dubai, and this had a dramatic effect on sales of couture in the region,” said Hooks, also citing an influx of clients from Russia and other ex-Soviet bloc countries. “Couture is following the current pattern of all trade in the fashion business — emerging markets are growing faster than the established ones.”

“We believe that 2011 will be the year that marks the end of the crisis, and should show some serious growth in our couture sales,” added Chucri Cavalcanti, managing director at Beirut, Lebanon-based Elie Saab, citing a 3 percent uptick in 2010, leaving high fashion accounting for a steady 43 percent of the company’s business.

Cavalcanti said Saab fielded more requests for show invitations from Middle Eastern clients, and its first two days of appointments in Paris next week are already fully booked. “We have noticed that Asia is sending more and more journalists to cover the show,” he added.

Since the January couture shows fall near the beginning of entertainment awards season — which spans from last week’s Golden Globes to the Cannes Film Festival in May — houses consider couture an important communication vehicle.

Cavalcanti said an exhibition of Saab’s couture gowns worn by the likes of Halle Berry, Angelina Jolie and Penélope Cruz mounted at Harrods last November and December proved so popular, the London retailer extended it by several weeks.

Valentino’s Sassi cited an uptick in celebrities wearing the brand’s high-fashion dresses, bolstering its consumer profile. What’s more, “there’s always major coverage by magazines on the haute couture activity, despite the dimensions of this business,” he said.

According to Chanel’s tallies, coverage of couture in Japanese magazines has nearly doubled since 2008 to 50 editorial pages in 2010, while interest from titles in China, Korea, Taiwan, Singapore and Malaysia has shown steady growth. A crop of edgy magazines — including Numero China, Flaunt in the U.S. and Zoo in Germany — did shoots featuring Chanel couture, underscoring its appeal to a young audience.

Toledano asserted that Galliano’s couture shows, even minus pyrotechnics, are “spectacular” in their detail, elegance, artistry and execution. “The young generation, even if they don’t buy, they want to go to the Internet and see the couture shows.…The image is so strong, and this generation is looking for strong images. There’s something magic about it.”

Despite Chanel’s globe-trotting outreach, Pavlovsky noted the company still faces strong demand from clients to attend its couture shows, which have featured spectacular sets, including one with a 40-foot golden lion last July. This season, Lagerfeld chose the more intimate environs of the Pavillon Cambon Capucines, yet Pavlovsky said expectations are always high for the decor, ambience and the clothes.

In general, though, the number of practitioners, and the scale of couture shows, has contracted in recent years.

Givenchy, which reverted to an installation format last July, citing a wish to make couture more exclusive, said it was a boon for business.

“The clients have increased because of our intimate presentation. They prefer not to be seen with a show context,” Malverdi said. He said the novelty of the format change also led to a bump in editorial coverage.

At Jean Paul Gaultier, deputy managing director Caroline Le Borgne cited a “spectacular” return of American clients last year after a “very difficult” 2009, and an increase from all other markets. “For the moment, nothing tells us we won’t have a great year,” she said.

Gaultier reprised his summer couture show in Moscow last May, reinforcing its couture image before a young clientele. Le Borgne held out hope its couture-intensive 30th anniversary retrospective — which makes its debut at the Museum of Fine Art in Montreal in June and then travels to Dallas and San Francisco — would bolster the brand’s profile in those markets.

To be sure, couture’s penumbra effect touches product development and brand perception.

Said Armani’s Hooks: “As we move into new areas for the brand, like hotels and resorts, for example, it is important to keep couture there as a reminder of where Armani comes from: the dreams of a fashion designer.”