Couture Preview: Show Week Spans Fashion From A to Z

Shows run the gamut from high fashions to ready-to-wear; fragrance to jewelry — and global brands to hard-to-pronounce newcomers. 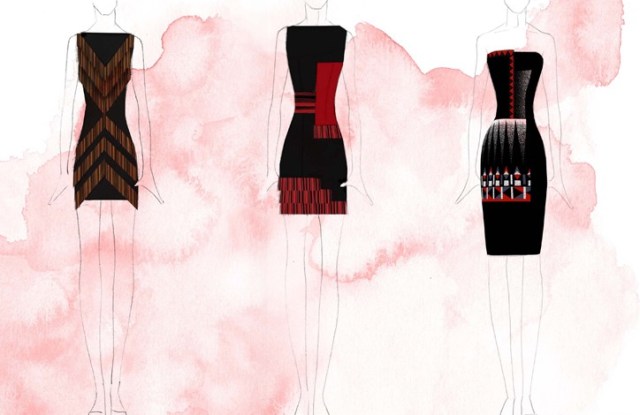 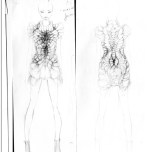 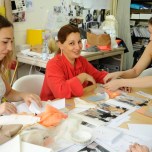 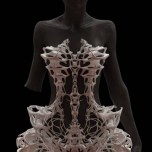 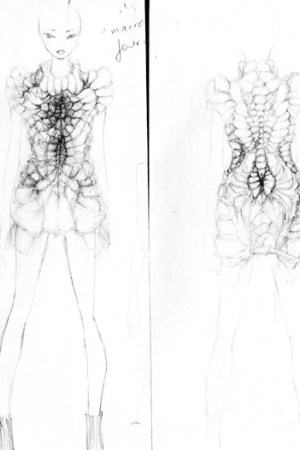 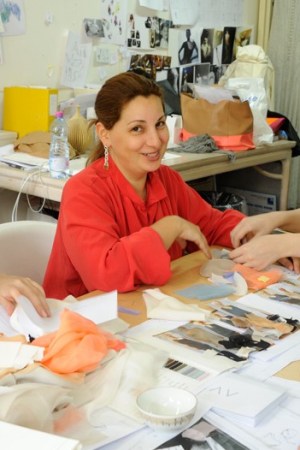 Anne Valérie Hash at work in her studio.

PARIS — More than ever, couture week in Paris is a variety show extraordinaire featuring the gamut from high fashions to ready-to-wear; fragrance to jewelry — and global brands to hard-to-pronounce newcomers.

Adding extra intrigue to the week, which kicks off Monday, Christian Dior will be the first major couture house in eons to present a collection without a name couturier, following the ouster in March of John Galliano amidst allegations of racist and anti-Semitic outbursts. The designer stood trial on the charges last month, and the High Court is to deliver a ruling on Sept. 8.

Dior is keeping details about the show — to be staged in a tent at the gardens of the Rodin Museum — under wraps. According to sources, the French house is likely to send out members of the design studio for a bow. Tailors and seamstresses did the honors during ready-to-wear in March, when the scandal was still raw.

Also noteworthy on next week’s calendar is Azzedine Alaïa, whose runway shows are almost as rare as a solar eclipse. He last participated in couture week in January 2003.

To be sure, high fashion has been roaring ahead in recent years for the remaining practitioners as wealth has expanded across broad swaths of the globe, and demand for luxury has spiked.

Bruno Pavlovsky, president of Chanel fashion, cited “exceptional results” for Karl Lagerfeld’s spring couture collection. “The sales and number of pieces significantly increased, with numerous new clients in markets such as China,” he said. “There is a growing interest in haute couture there. Asian clients are looking not only for unique designs with the finest quality, but also for the most exclusive and exceptional service.

“We are convinced that traveling abroad, adapting to the needs of our clients, is where the future of Chanel haute couture lies today.”

Pavlovsky also highlighted that Chanel continues to the help young designers enter couture through specialty ateliers it owns, such as the embroidery house François Lesage and feather expert Lemarié.

“Lesage is a great supporter of Anne Valérie Hash, as is Lemarié of designers such as Christophe Josse, Eymeric François and, more recently, Julien Fournié,” Pavlovsky said, adding that both ateliers would be helping Alexandre Vauthier for his sixth couture presentation.

Yet more than ever, couture is returning to its traditional purpose and meaning: dressing privileged women in ultraexclusive clothes.

Didier Grumbach, president of the Chambre Syndicale de la Haute Couture, characterized couture week as a pure “business to consumer” showcase, a point he is underscoring with a client-focused black-tie gala to close out the week Thursday at the Grand Trianon at Versailles. It will cap off a day of high jewelry presentations from the likes of Boucheron, Chaumet and Van Cleef & Arpels.

Young designers continue to be attracted by couture, and Grumbach said about a dozen apply to join the week every season, attracted by an expanding clientele from emerging markets such as Russia, China and Brazil, along with a potential for media exposure that’s nigh impossible in the jam-packed ready-to-wear weeks.

“New brands like Alexis Mabille really sell couture and make money with what was supposed to be a dead duck,” Grumbach said. “There are more and more rich ladies in the world, and it’s a real service. Even Lady Gaga is a new type of client.”

Livia Stoianova, one-half of the creative duo behind one of couture’s wackiest success stories, the independent Paris-based label On Aura Tout Vu, said it made a profit with its summer 2011 collection, selling 13 dresses.

“There’s a real return to couture as women want more and more to look unique, clients like looking for small houses that can create individual pieces for them,” she said.

Stoianova and co-founder Yassen Samouilov cited a shift to a younger clientele, mainly from Saudi Arabia and the U.S., from their traditional 45-plus customers. “Maybe it’s connected to the rise of the Internet, as now we often receive messages on our Facebook page,” she said.

Among notable new names on next week’s schedule is Giambattista Valli, who will help kick off the week Monday with 200 front-row seats lining the 19th-century Galerie de la Madeleine passageway near his Paris boutique.

“In the past five years, I’ve had so many young customers,” said Valli, who started his signature label in 2005 after working at the elbow of couturiers including Emanuel Ungaro and Roberto Capucci. “I saw there is a very big potential of a new generation.”

Valli said he sold more than 70 couture ensembles last year, and has decided to make his high fashions seasonless, numbering collections instead of labeling them summer or winter. They will also be divided into two parts: one portion in standard sizes and another sold through trunk shows for those who can’t make it to his Paris atelier for fittings.

These innovations reflect his wish to “revamp the couture in a dynamic, fresher, contemporary way with this new generation of women.”

Ditto for Iris Van Herpen, a Dutch designer who describes her work as neither rtw nor traditional couture. Inspired by digital technologies, she sees couture seek as a laboratory for innovation.

“I really see it as the expression of fashion, and also the place where you still can really experiment and take steps forward, more than the prêt-à-porter,” she said.

Van Herpen, like Valli, has been invited to join the official calendar as a guest.

“Some of the pieces that I sell can be ordered by shops, and then we make a few. It’s all handmade in the atelier, but it’s not a one-off. People can also order items made to measure. In the same collection, there are also looks that are so complicated that they are more suited to a museum,” she said.

In addition to designing to order for the likes of Lady Gaga and Björk, Van Herpen collaborates with architects and creates costumes for dance and opera performances.

Hash said she would mark a decade on the couture calendar with 10 outfits presented on mannequins and another 10 on live models.

“Everything has been made by hand using couture techniques, but the allure is ultrasimple, it’s a minimalist sense of couture,” she said. “There’s no embroidery, the cuts and colors are simple. It’s really close to what I love.”

The majority of Hash’s couture clients come from the Middle East, though she’s detected growing demand from countries like China and Taiwan, which appreciate French heritage and savoir faire.

“The show is simply intended for communications purposes, so the couture angle fits well with our strategy, because we are not in selling mode. It’s more a question of casting the product in a positive light for the general public than for buyers,” he said.

Showing alongside seasoned couturiers offers his label a luxurious aura and is a particularly effective strategy with foreign buyers and journalists, who are sensitive to the fact that couture is a French speciality, he explained.

Simoens said he produces made-to-measure outfits for celebrity friends like French actress Mélanie Laurent, and is currently designing a mini-wardrobe for a wealthy Switzerland-based client.

“This is something we are able to do, but it remains very limited. I don’t really want to develop this kind of service, as it requires full-time qualified workers capable of producing made-to-measure, so it’s a little more complicated,” he said.

That some designers show rtw and couture is part of today’s service package, according to Grumbach.

Grumbach noted that showing couture and rtw together on the same runway is hardly a new idea. André Courrèges did it in 1965, and in 1972, Pierre Cardin and Nina Ricci followed suit.

And he waved off suggestions of imminent extinction for high fashion. “I think couture will become more and more spectacular and more and more creative,” he predicted. “I think that’s how people want to see fashion — as something extraordinary.”