Houses are increasingly banking on client-focused events in emerging markets to fuel the rare enterprise. 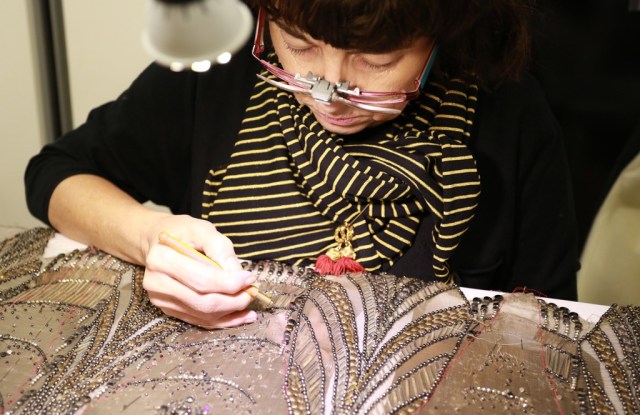 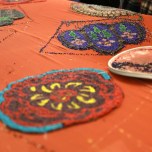 Although couture week in Paris, which kicks off Monday, remains a crucial moment for creative expression and brand-building, houses are increasingly banking on client-focused events in emerging markets to fuel the rare enterprise.

Consider Giorgio Armani, who took his Armani Privé collection to Beijing last May, catapulting his profile in the burgeoning region — and bumping up his client base by 10 percent.

“It really helped increase the number of couture clients we have in Asia,” Armani told WWD. “Armani Privé sales in Asia, in fact, account for 20 percent of total sales.…We are also noticing an increased interest for our Armani Privé accessory and jewelry range, which we will continue developing in 2013.”

Gaultier staged a fashion show mixing couture and ready-to-wear lines in Beijing last May, and in Cali, Colombia, last October as part of its Fenalco Fashion Week. The latter was touted as the first couture show in the country.

Toledano said Gaultier plans to focus on Greater China in 2013, spreading the couture gospel via a series of client-focused “private parties” rather than press-oriented efforts.

“It’s a more productive tool. I think the return on investment is higher in terms of business,” Toledano said. “We have always been proud to break even in couture.”

“Frankly, for us, the problem will be to have enough petites mains,” said Sidney Toledano, chief executive officer at Christian Dior, using the French term for seamstresses. “We have more orders than our capacity.”

He trumpeted a “record year” for couture with a “strong double-digit increase” as clients embraced the streamlined and modernist fashions of the house’s new creative director for women’s, Raf Simons.

Indeed, Toledano noted that Dior’s ateliers remained open through the Christmas and New Year holidays, both to fill a glut of orders and to realize new looks destined to parade in a tent in the Tuileries on Monday. Dior is planning two shows, each with about 400 guests, about half of which are clients or potential clients.

Dior reprised its spring couture show in Shanghai last May, and intends to take the collection on the road again, although the destination has yet to be disclosed.

“People are looking for quality, real creativity and modernity, which means something different, new, real and feminine,” he explained. “We are right on the target.”

Bruno Pavlovsky, Chanel’s president of fashion, agreed couture’s allure is reaching more regions of the world, citing growth in Eastern European countries, including Russia, and many requests from South America. “Everywhere, we have people who are very interested in haute couture and understand haute couture,” he said.

Valentino is devoting more resources to its couture operation — both in staffing and in the “richness” of the collections — deeming it “crucial” to the Rome-based fashion firm, according to ceo Stefano Sassi.

“When we want to present the real Valentino, haute couture is always top of mind,” he said, citing 2012 couture sales that were “in line” with the prior year, noting that even “one or two customers” can impact figures.

Sounding a contrarian note, Sassi said, “I still do not see a huge interest from markets like China” for deluxe women’s garments. “It’s something that will develop,” he added.

Gian Giacomo Ferraris, ceo of Versace, trumpeted “strong double-digit growth” for the Atelier Versace couture line last year, “an increase that is in line with the Versace group’s performance.”

He forecast further growth this year as the firm expands its high-jewelry offerings and welcomes clients from markets such as Brazil, Korea and Turkey, in addition to China.

Ferraris added that Versace would continue to organize trunk shows “to present the spirit of the Versace Maison — and Atelier first of all — around the world,” targeting “the most strategic markets for Versace. “

Meanwhile, couture houses continue to experiment with ways to balance their thirst for publicity with the exclusivity demanded by their clients. Many noted that looks are often customized at the request of clients.

Givenchy, which took couture off the runway in 2010 in favor of a still-life presentation, plans to sit out the couture season, while continuing to invest in the rare activity, as reported. “We’re taking a pause,” said Givenchy ceo Sebastian Suhl. “What we’re doing is a continuation of the strategy.”

He noted that not having a runway show has not dented sales progress or press coverage, and hinted that Givenchy would expose its couture on celebrities at high-profile events.

The Costume Institute ball at New York’s Metropolitan Museum of Art in May, with Givenchy couturier Riccardo Tisci a cochair, is bound to be one of them. At the 2012 event, Givenchy dressed the likes of Beyoncé, Rooney Mara and Liv Tyler.

Suhl asserted that the unusual strategy distinguishes the house. “We’re in the process of working on many high-profile projects that will involve couture. It’s about the craft, and that chemistry created between a designer and a client or celebrity,” he said.

Suhl cited single-digit growth last year for couture. “We have a positive outlook for the entire business and also the couture,” he said, noting that emerging markets offer particular potential.

Executives detected a continued surge of newcomers from emerging markets such as India, Brazil, Indonesia and Thailand.