Commemorating fashion tastemakers who have made an indelible mark on the industry, Initiatives in Art and Culture hosted its ninth annual fashion...

By Rachel Strugatz and Rosemary Feitelberg on December 27, 2007
View Slideshow 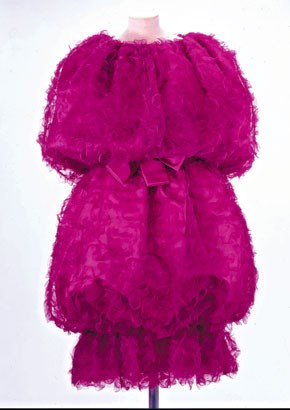 NEW YORK — Commemorating fashion tastemakers who have made an indelible mark on the industry, Initiatives in Art and Culture hosted its ninth annual fashion conference, “Timeless: Icons, Style and Artistry,” at the National Academy Museum and School of Fine Arts here.

The conference kicked off with a cocktail reception at Hermès on Madison Avenue, followed by two days of presentations, headed by Lisa Koenigsberg, conference director, president, and founder of Initiatives in Art and Culture.

“A good couturier must be an architect for planning, a sculptor for shape, a painter for color, a musician for harmony and a philosopher for proportion,” Golbin said in her presentation, quoting the late Cristobal Balenciaga.

She called Balenciaga “a perfectionist of all things” who achieved fame and success from his ability to change silhouettes. Golbin said his designs were revolutionary, and he specialized in highly structured, architectural shapes from the time his first couture house opened in 1937 until he retired in 1968. Golbin also spoke about Coco Chanel and Christian Dior and the legacy they have left on modern fashion.

Scheips looked at fashion from a domestic perspective, given his latest book is “American Fashion.” “I got commissioned by the CFDA to do the book in December of 2006 and it came out in September of 2007, so it was a fast doing. It was insane, and I was on the phone and going to libraries and talking to people,” said Scheips.

In the book, the author and curator emphasizes the trends that helped American fashion truly become American throughout the decades. He spoke about the glamour of late Thirties starlets Marlene Dietrich and Katharine Hepburn, as well as stylemakers such as Bill Blass, Halston, Diane von Furstenberg, Ralph Lauren, Donna Karan and Oscar de la Renta.

“The Fifties were really about two trends,” said Scheips, citing Elizabeth Arden, Oleg Cassini and Hannah Troy as key designers during the period, “Yes, Americans embraced the suburban life, but women also continued to join the workforce and go to university in greater and greater numbers.”

McFadden, while an American designer, shared her extensive travels with the conference’s audience through a slide show. Afterward, the designer said she plans to keep on globe-trotting, heading to Google co-founder Larry Page’s wedding on Richard Branson’s Necker Island next.

As for any return to Seventh Avenue, McFadden said she has been approached about doing a sweater collection but “I have to see what the product looks like.”

McFadden hasn’t designed ready-to-wear for 10 years. But some audience members were relieved to hear her name can still be found on some clothing. Serbos has 100 of her fur designs that are “kept in rotation” and The Elias Group sells discount clothing with which she is not affiliated.