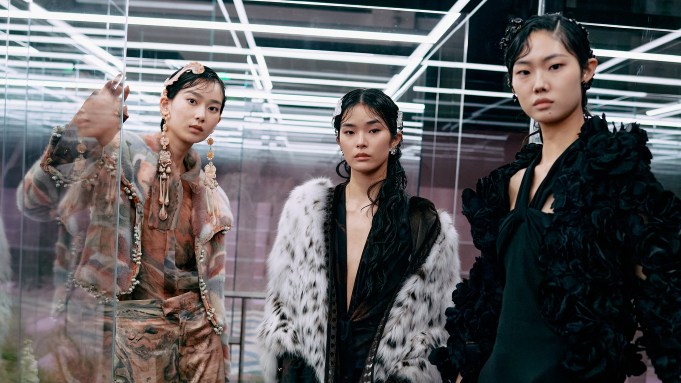 SHANGHAI — “Usually, I’d see you in Paris!” was the comment heard coming from the first row at the Fendi couture reshow. With the Chinese crowd having missed out on the last spring couture season, Kim Jones’ haute couture debut collection instead traveled here to be restaged for an audience of 400-some.

Like the original event three weeks earlier, the casting was not your usual runway but was filled with a range of big personalities and muses. It included Zhao Tao, actress and the wife of film director Jia Zhangke, along with other screen darlings like Tan Zhuo, Cecilia Cheung, Mai Zi, singer Jike Junyi and Du Juan, who closed out the show.

The Shanghai Exhibition Center, a Stalinist neoclassical downtown landmark, provided a cavernous space to set up the maze of glass boxes that was filled with wildflowers, bookcases and the odd trunk to evoke the world of Virginia Woolf and her Bloomsbury circle of early 20th-century British thinkers and artists.

Jones, who couldn’t be there in person but recorded a short video message for the audience, also added three new looks to the original 19. They were two gowns — a dark brown satin dress with a spotted lynx fur coat layered on top, while the other was a black gown paired with a matching jacket made of leather and folded to mimic gathered roses. The third new look was a pant set marbled in pastel colors. 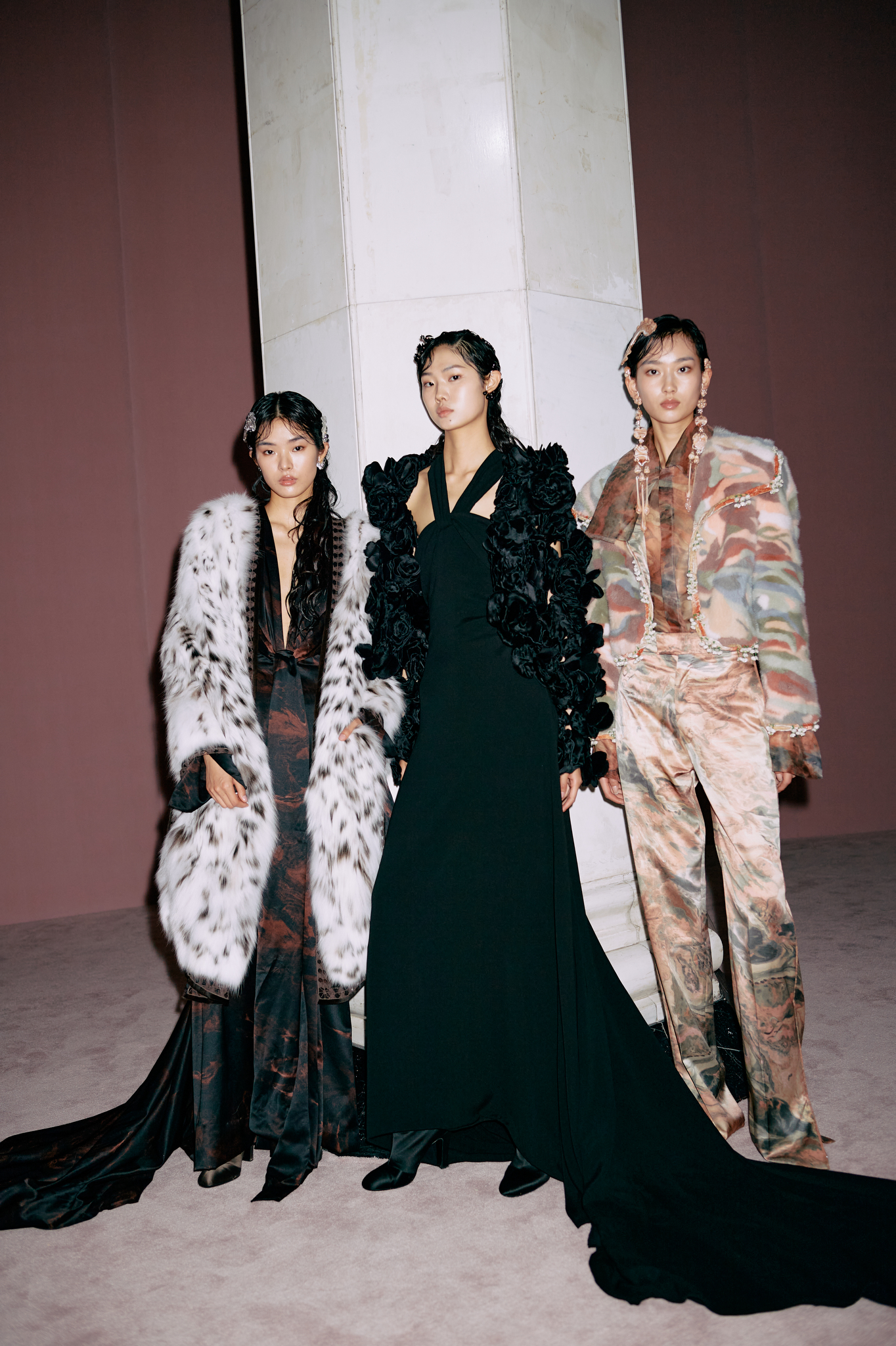 Expect to see many brands reshow or debut their collections in China this year. Last week, it was revealed the country’s retail sales in January and February rebounded by 33.8 percent year-over-year. While there was a low base effect from last year, one of the country’s most powerful luxury retail landlords recently pointed out that in the second-half of last year, if a business’ sales were growing by 60 percent from a year ago, it was lagging behind.

Next up: Dior is planning to debut its pre-fall collection in Shanghai on April 12, the first time it will present the collection in a runway format. It’s scheduled to coincide with Shanghai Fashion Week, which was postponed from its usual March dates to April 6 to 13.