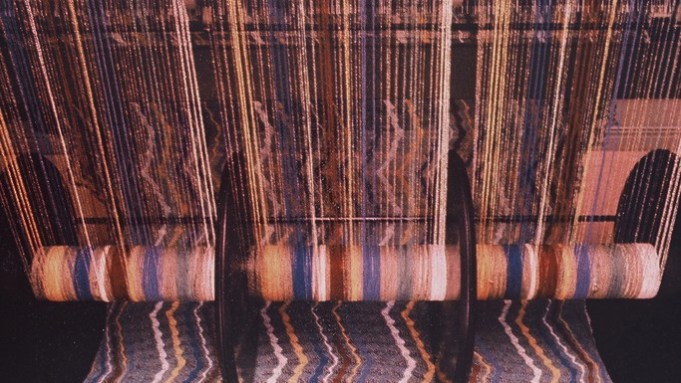 High technology has inarguably made production better and more efficient in many parts of the manufacturing cycle, but sometimes, the old ways are the best ways.

LOOMING LARGE
While lightening-fast electric looms now produce much of Missoni’s fabrics, the fashion firm’s knitwear DNA is inextricably meshed with 17 mechanical raschel looms, the first of which were acquired by Ottavio Missoni in 1969.

Today, the old looms remain as the trusted workhorses in the factory in Sumirago, Italy. Missoni’s textile specialists continue to evolve their functionality, achieving 3-D and ombré effects as well as multilayered knit mixes of yarns such as silk, cashmere, linen and cotton.

STITCHES IN TIME
Over more than five decades, Valentino’s seamstresses have embroidered, appliquéd and stitched on enough beads to create an embellished dress big enough to cloak the entire Eternal City, where the fashion house’s atelier resides.

The home of these couture sartorial skills, in Piazza Mignanelli, is divided into two workshops. Heavy fabrics and outerwear are handled by one group of tailors, while the other specializes in lighter textiles and embroideries. Bold, precise needlework from this workshop created the coral fronds that branch over several designs from Valentino’s couture fall collection. A cape and matching dress with the motif took 750 hours to complete.

RELATED STORY: Training the Next Generation of Italian Artisans >>

SPECIAL EDITION
Though he hailed from nearby Naples, Salvatore Ferragamo became the epitome of the Florentine artisan, moving his shoemaking business there in the Thirties.

Some of his shoemaking techniques are still used on the workshop floor today, and they are also behind the luxury brand’s new Special Edition shoes for men. Handmade in seven styles out of full grain, alligator or calf leather, every pair of Special Edition shoes is created with 260 handcrafted steps over three weeks in an atelier that produces only 10 pairs of shoes a day. Starting price: $2,100.

GEM FOCUS
Serenity presides around Bulgari’s historical high-end jewelry workshop in Rome, where artisans listen to music through headphones to keep focused on their steady handiwork. Some peer through powerful magnifying glasses to mount tiny stones in elaborate designs, while others set bigger gems in a wax mold — a process used before a precious jewelry piece is cast in gold.

Bulgari’s forte for colored stones is shown in this tourmaline, amethyst and emerald necklace, where emerald beads are carefully attached to conical gold links. Each step of workmanship is meticulously examined by quality control before the final piece is ready to hit the glass case at retail.

FUR FORTITUDE
Replete with dedicated fur artisans, Fendi’s in-house fur atelier has been part of the company since its founding in 1925. Over the decades, the highly skilled craftsmen have evolved and invented techniques to keep up with designer Karl Lagerfeld’s innovative renditions of the ultraluxe material.

Modern Fendi fur treatments include shearing, weaving, dyeing with edgy patterns such as camouflage, and even dipping some pelts in 24-karat gold.

Pictured, a key fall fur look for the brand, the elaborately made Astuccio fur. Created using the “let-out technique,” the fur is cut into long, thin stripes in a V shape. These stripes are then sewn back together on blocks in a staggered style to give the fur a longer shape.

The process demands a nimble, untiring hand — a mink cape takes about 220 hours to complete.

BAMBOO STORY
Artisanship is behind Gucci’s most iconic accessories, but the story of the bamboo handle is also testament to the house’s style savvy.

In the midst of war-time rationing in 1947, fine leathers were scarce. The craftsmen heated bamboo cane imported from Japan, bending it into a semicircle as a handle on a small structured handbag. The Gucci Bamboo bag dangled from the arms of countless celebrities in the Fifties and Sixties, and was one of the Florentine fashion house’s most successful handbags.

Fond of updating house classics, Gucci creative director Frida Giannini reinterpreted the design in the New Bamboo, made up of 130 pieces hand-assembled by an artisan, requiring two days to finish.

The bamboo handle is still created as it was more than 65 years ago, and is featured on several other Gucci handbags and briefcase styles for fall, including the new Lady Lock women’s bag.