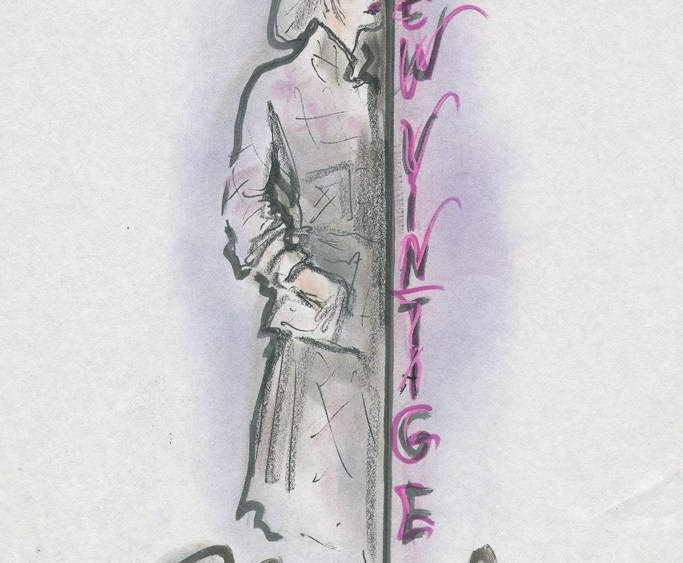 PARIS — In global economic terms, it’s among the worst of times. In the cosseted, hand-wrought world of high fashion, it’s practically the best of times.

“Our best year ever in couture,” said Bruno Pavlovsky, president of fashion at Chanel, citing record couture sales in revenues and units, and hailing Karl Lagerfeld’s spring collection — based on the color blue and paraded through a jetliner set — as well suited to its global clientele.

On Tuesday, Lagerfeld will parade his “new vintage” collection for Chanel in the newly renovated Salon d’Honneur at the Grand Palais.

Despite the euro-zone debt crisis and signs of a slowdown in China and elsewhere, executives agreed the prospects remain sunny for 2012, with an influx of new couture clients from Asia — and on the horizon, South America — offering a promising growth avenue for the future. And designers are increasingly taking their shows on the road to tap into the new clientele: Gaultier, for example, is slated to parade couture in Cali, Colombia, in October.

The couture shows kicked off Sunday night with Donatella Versace returning to the runway after an eight-year absence, and could hit an early crescendo today when Belgian designer Raf Simons makes his debut as Christian Dior’s sixth couturier.

“We have a lot of demand for the first show of Raf,” said Dior chief executive officer Sidney Toledano, who was upbeat about the company’s couture prospects, buoyed by a “big increase” in sales for the spring collection designed under the creative leadership of Bill Gaytten, now fully devoted to the John Galliano brand.

Toledano declined to pinpoint the gain, but characterized it as in line with Dior’s general momentum. First-quarter sales at the Dior fashion house vaulted 29 percent to 284 million euros, or $372.2 million, as reported.

For couture, Toledano noted the “U.S. is picking up again” and “we have couture clients in Europe, and they continue to come.”

Eager to secure production capacity and know-how for future development, Dior has acquired embroidery firm Maison Vermont, WWD has learned. The deal could be revealed this week.

Founded in 1954 by Jean Guy Vermont, the Paris-based atelier gained fame for doing embroideries for Pierre Cardin and Paco Rabanne in the Sixties. In 1995, Léonard Cione, a graduate of the Ecole des Beaux-Arts de Lyon, assumed the creative direction. He is to remain at the firm and continue overseeing its artistic patrimony.

Vermont is recognized by the French Ministry of the Economy, Industry and Employment as an Entreprise du Patrimoine Vivant (or Living Heritage Company), a distinction honoring exceptional traditional and industrial skills. Besides supplying embroideries to couture and ready-to-wear houses, Vermont has realized stage costumes for Johnny Hallyday and Lido dancers, according to the Living Heritage Company site.

Dior’s purchase of Vermont continues the trend of major fashion houses buying the artisans who support the craft of couture. Last December, Chanel acquired Paris-based embroidery firm Montex, bringing to eight the number of specialty ateliers it controls through its affiliate, Paraffection, as reported.

Pavlovsky noted that Chanel also recruited about 10 people for its atelier on Rue Cambon last year and continues to beef up its workrooms.

Versace’s return to the runway at the Ritz hotel speaks to the Milan-based house’s confidence in the rare and costly enterprise.

Gian Giacomo Ferraris, Versace’s ceo, cited a “significant” increase for the spring Atelier Versace collection and said its couture business is on track to grow by 32 percent this year versus 2011.

Ferraris added he expects no slowdown as couture welcomes customers from emerging markets like China, Brazil, Turkey and Russia. “But we also have some loyal customers from traditional couture markets who return to us,” he said.

Stefano Sassi, ceo of Valentino, said couture registered “major double-digit” growth in 2012, in the neighborhood of 30 to 40 percent, returning the Roman house to pre-2008 levels, when Lehman Bros. failed, sending financial markets into a spiral.

Valentino’s “habitual” markets for couture — including the Middle East and Europe — remain strong, with Asia and Brazil starting to produce buyers, along with some “jet-set” African nationals.

“For those who can afford it, couture offers the height of rarity, one of a kind, hand-made fashion,” said Fabio Mancone, global head of communication and licenses for Giorgio Armani Group, citing a “significant” increase in sales of its spring Privé couture. “I believe it stands for so much more than mere wealth, and so has an appeal that is more on par with works of art than expensive, trend-driven clothing. I actually believe that at the moment, in spite of the economic troubles, couture is enjoying something of a revival, as people focus on authenticity and heritage as key values when considering a purchase.”

Speaking to China’s potential, Dior, Giorgio Armani and Gaultier paraded couture dresses at special events in Beijing and Shanghai earlier this year, yielding additional orders for their spring collections and piquing the curiosity of elite rtw clients, some of whom were planning to make a trip to the French capital to view the fall collections this week.

“I think we’re just at the start,” Dior’s Toledano said of the Asian market, where he detects strong demand for unique, exceptional and rare products with heritage and provenance.

“Having couture is a key asset approaching the emerging markets,” he said. “This is the difference between real luxury and the rest of the industry.”

Sebastian Suhl, ceo of Givenchy, said most of its couture sales already emanate from emerging markets, “and we’re just starting now with Asia. I’m sure we’ve only begun to scratch the surface.”

Armani’s Mancone characterized its Beijing showing — including 15 new looks for Armani Privé, inspired by the host country — as being “hugely successful,” generating interest and enquiries.

“We are using traditional methods to recruit customers in Asia — a program of strategic store openings in key cities to seed interest and give focus to the brand at a local level,” he added.

Chanel and Karl Lagerfeld reprised its spring couture in Tokyo in March, yielding additional orders and clients willing to trade up from rtw.

Chanel’s Pavlovsky said Asian clients, including Japanese, already generate roughly a quarter of its couture business. For two years, Chanel’s couture team has been taking the collection to Tokyo, Hong Kong, Beijing and Shanghai, in addition to its usual stops in New York and Los Angeles. Asian clients, he noted, tend to zero in on Chanel’s daywear rather than the red-carpet or special-occasion looks prized in more established markets of Europe and America.

Puig’s Toledano said Gaultier still counts mostly a Western clientele for couture,” so there is a big upside with emerging markets for this house.”

Indeed, he noted that its Beijing blowout in May, which included a runway parade of male high fashions, generated serious inquiries from the men in attendance.

While many clients do not attend the couture shows in Paris, the celebrity-studded spectacles attract worldwide attention.

Ferraris credited Donatella Versace’s return to the couture schedule — she did a tableau vivant in January — for raising the visibility of the collection, yielding new clients. (Previously, couture dresses were shown to sittings editors only.)

He noted Versace also staged a “road show” of its Atelier gowns in China to raise awareness, which he characterized as “hugely successful for us.”

Suhl noted Givenchy’s couture sales spiked when designer Riccardo Tisci decided in 2010 to forgo the runway and present 10 looks in still-life format at a lavish townhouse on the Place Vendôme. “Ultimately, what the customer wants is uniqueness,” he stressed.

Starting this season, Givenchy clients will be able to place orders in its historic couture salons at 3 Avenue George V, which have been renovated under Tisci’s exacting instructions. Raw ceilings, industrial lighting and ventilation pipes are a hard-edged foil to the elaborate Parisian moldings and point-Hongrie parquet.